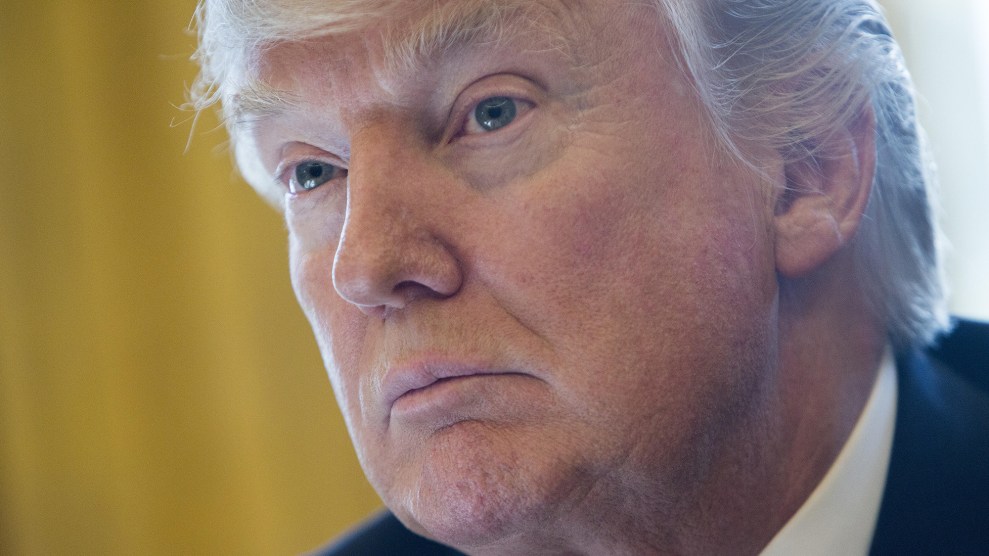 President Donald Trump’s apparent ignorance and skepticism of a key nuclear arms reduction treaty between the US and Russia have nuclear arms experts concerned about the country’s vulnerability on one of its most important national security issues.

According to a report Thursday from Reuters, when Russian President Vladimir Putin brought up the 2010 New START treaty on a recent call with Trump, the American president had to ask his aides what the treaty was. He then expressed doubts to Putin about extending the treaty, according to the report, and called it a bad deal.

“The Reuters report…suggests that he’s extremely ill-informed about the most serious foreign policy, national security issues a president needs to know,” says Daryl Kimball, executive director of the Arms Control Association, a nonpartisan organization focused on arms control policy. “His cluelessness is dangerous in the sense that if he doesn’t understand the risks of nuclear weapons and commonsense measures to reduce the risks, he is, and the nation is, vulnerable to missteps.”

According to Reuters, during Trump’s first call with Putin as president on January 28, Trump denounced New START as a bad deal for the United States and had to “ask his aides in an aside what the treaty was.” The White House didn’t comment for the story and referred Reuters to the public readout of the call, which makes no mention of discussions about nuclear weapons policy. White House press secretary Sean Spicer wouldn’t comment on the story during Thursday’s public press briefing and said the readout was the only resource the administration would make available.

The treaty, negotiated by President Barack Obama and then-Russian President Dmitry Medvedev, was ratified by the US Senate by a vote of 71 to 26. Kimball says that’s because it was seen as a key step toward reducing both nations’ deployed nuclear stockpiles and included monitoring of both sides. “So in a time of tension with Russia,” he says, “this provides transparency and predictability, and it means that neither side can vastly increase their nuclear arsenals, which were already far larger than any reasonable measure would suggest they need to be.”

Kimball adds that the opposition to the treaty when it was signed in 2010 seemed to revolve around the perception that the deal allowed Russia to deploy nuclear weapons at a greater rate than the United States and wouldn’t allow the United States to modernize its nuclear arsenal. He points out that a Pentagon review of the US nuclear arsenal found that the country could further reduce its stockpile by up to one-third without affecting US nuclear capability, so the idea that nuclear capability is somehow hampered by New START is not accurate.

Joe Cirincione, president of Ploughshares Fund, a nuclear arms reduction advocacy organization, says in an email that Trump’s opposition to the deal seems to be political and could ultimately damage US national interests.

“The treaty had the overwhelming support of America’s military, intelligence, and national security leaders,” Cirincione says. “The fact that Donald Trump seems to be taking his nuclear policy advice from far-right ideologues who opposed the pact should be deeply troubling to every citizen…He seems unable to set aside his peculiar personal prejudices from his own strategic goal of improving relations with Russia. He is tripping up his own agenda.”

Kimball says the Reuters report suggests that Trump is not prepared to handle the complexities of nuclear policy. “This is the guy who now has a military officer shadowing him everywhere he goes,” he says, “carrying a 45-pound black briefcase that can be used by the president to transmit the launch codes to strategic command in Omaha to launch as many as 900 nuclear warheads in under 10 minutes, and no one has to agree with Mr. Trump about doing that. He has an incredibly awesome, almost sole authority to launch these weapons. He holds the fate of the planet in his hands, or in the briefcase that follows him everywhere, and this report today, it’s incredibly disturbing because it suggests that he is clueless about this important nuclear risk reduction agreement and does not have a clear strategy for further reduce risks with Russia and other countries.”

He also said that any attempts to brush this report off as just another odd statement out of the White House would be missing the bigger picture.

“This is not a 6 a.m. tweet in response to a cable news show,” Kimball says. “This is a complex conversation with the president of Russia, and he’s speaking about an extremely important treaty governing US and Russian nuclear forces. This is not your usual daily White House unusual statement. This one’s a little different.”