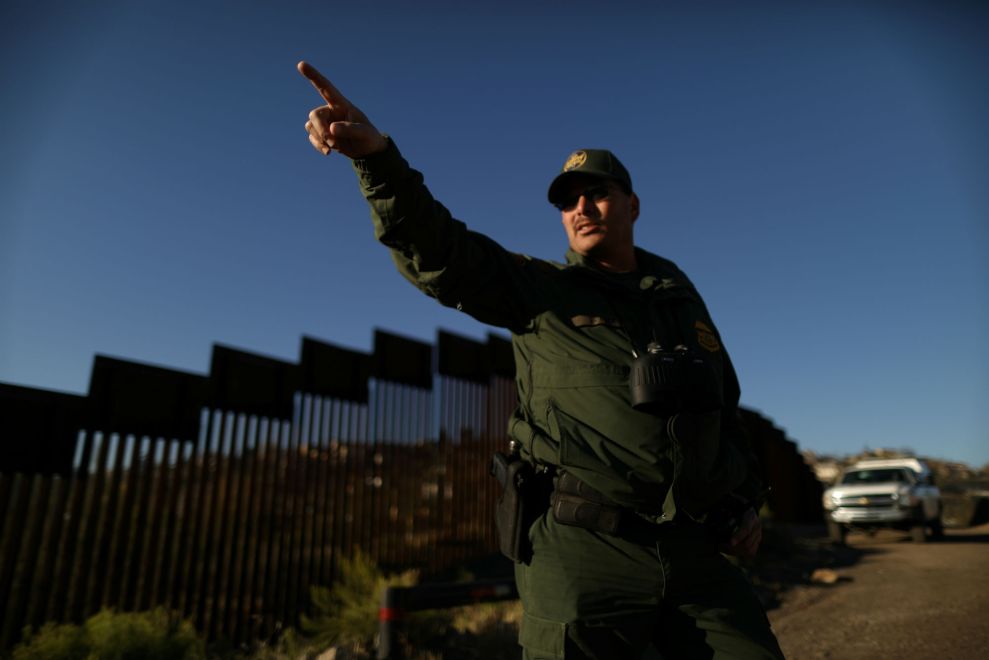 A Border Patrol agent near the US-Mexico border in Nogales, ArizonaLucy Nicholson/Reuters via Zuma

Last week, the Trump administration released its blueprint for implementing the president’s executive orders on immigration. Not only did it lay out plans to vastly increase the number of undocumented people vulnerable to deportation, but it also revealed that the feds intend to deport many more people caught in their immigration crackdown immediately after their arrest.

“Expedited removal” is the term the government uses to describe the swift deportation of undocumented immigrants without an appearance before an immigration judge—and, as pro-immigrant advocates point out, without due process protections. Previously, only undocumented immigrants who had been in the United States for less than 14 days and were apprehended within 100 miles of the US border were eligible for expedited removal. According to a new memo signed by Homeland Security Secretary John Kelly, expedited removal can now be applied nationwide to those who cannot produce documentation that they have been in the country continuously for at least two years.

Jennifer Chang Newell, a senior staff attorney on the ACLU’s Immigrants Rights’ Project, said expedited removal has long been marred by widespread, well-documented abuse and that it “violates due process absolutely.” In 2014, the last year for which there are public statistics, 176,752 people were given expedited removal orders. That number, advocates point out, is now sure to go up.

The expansion of expedited removal is part of the administration’s attempt to bypass the bottleneck of immigrants already awaiting deportation in the immigration court system. Immigration and Customs Enforcement (ICE) estimates that it has the capacity to deport 400,000 people annually, but there is currently a backlog of more than 500,000 cases in the courts. Expedited removal allows the administration to skip the courts and summarily deport people without a lawyer, or even a phone call.

Under the new plan, apprehended immigrants will be asked for proof (such as receipts, phone records, or identification) that they have been in the country over the past two years. If they can’t produce the necessary documentation, they will be deported in as little as 24 hours. In effect, Newell said, “the police officer who arrests you and interrogates you also convicts you.” While this obviously is a concern for the tens of thousands of immigrants estimated to have illegally crossed the border since 2015, Alyson Sincavage, a legislative associate at the American Immigration Lawyers Association (AILA), argues that it could affect all undocumented immigrants who can’t immediately make their case to immigration officials—even those who’ve been here for years. (ICE did not respond to a request for comment.)

And then there’s the question of how this might influence asylum seekers at the US-Mexico border. Since 2014, there has been a surge of Central American immigrants—many of them unaccompanied minors or women with children—crossing the southern border due to increased gang violence and instability in El Salvador, Guatemala, and Honduras. Both Newell and Sincavage expressed concerns that this group, many of whom have valid asylum claims, could be wrongly slated for expedited removal in the general chaos of a large-scale immigration overhaul. A 2013 study by the ACLU found that some asylum seekers were quickly deported because Customs and Border Protection agents failed to adequately screen them in so-called credible-fear interviews, which immigrants must pass before getting a full hearing before an immigration judge. (The Trump administration has indicated that CBP agents should “elicit all relevant information from the alien as is necessary to make a legally sufficient determination” during credible-fear screenings; CBP did not respond to a request for comment.)

In effect, the ACLU’s Jennifer Chang Newell said, “the police officer who arrests you and interrogates you also convicts you.”

Causing further concern, the administration has suggested that many immigrants apprehended at the border could be immediately sent back to Mexico, rather than to their home countries. Luis Angel Gallegos, a program coordinator at the Institute for Social and Cultural Practice and Research, a Mexico City-based nonprofit focused on migrant issues, wrote in Spanish that sending immigrants to northern Mexico would present an enormous logistical challenge and endanger already-vulnerable immigrants. “There is no infrastructure to host and receive them,” he said. “Shelters that help immigrants are often full. Immigration detention centers are full.” Gallegos argued that this could make immigrants targets for extortion, kidnapping, and other crimes by the criminal syndicates operating in the border region.

Even if the Mexican government blocks this part of the plan—on Friday, the Associated Press reported that Mexico’s interior secretary said the country had rejected it in meetings with American leaders—Newell and Sincavage stressed the cruelty of removing people so quickly without a phone call, let alone a day in court. Expedited removal leads to people being “ripped from their communities [and] whisked away and deported in a matter of hours, based on shoddy paperwork,” Newell said. “This violates our most American notions of fairness.”