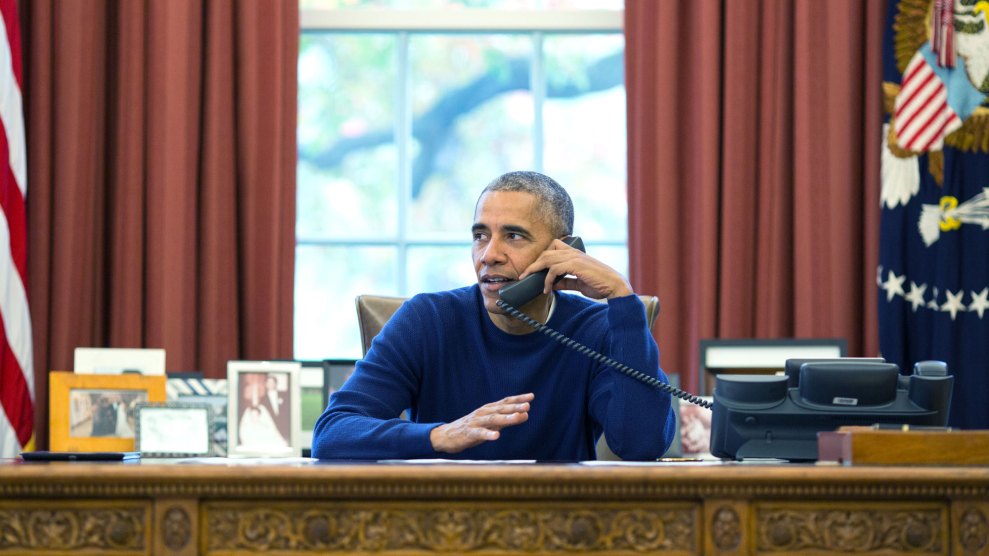 President Barack Obama did not record a robocall raising money off the new White House travel ban—no matter what you may have read on the internet.

The report that Obama was asking Democrats for money to fight President Donald Trump caught fire on the right-wing internet over the weekend, inflamed by celebrity Trump supporters such as the actor Scott Baio. The pro-administration subreddit “The_Donald” has even put up a post asking users to report such calls to the Federal Trade Commission. Many of those stories cited a Friday tweet by former North Carolina congressional candidate Thomas Mills, who reported that he had received a call not long after the new Trump order had gone into effect. (Mills, who is a Democrat, confirmed to Mother Jones that he had received a robocall.)

But according to the former president’s office, if you got a robocall with Obama’s voice on it, it wasn’t from him.

“These pre-recorded calls were not authorized by President Barack Obama, have no connection to the former President, and have been reported to appropriate law enforcement authorities,” Obama spokesman Kevin Lewis said in a statement. “We will continue to monitor for and report any misleading or fraudulent uses of the President’s image.”

If you get a robocall from President Obama, record it and send it to tmurphy@motherjones.com.

Update: Thanks to reader Greg Flynn, we have audio of one of these calls purporting to be on behalf of President Obama. (If you follow the prompts, you’ll be asked to donate in increments of $100 or $200.) Here it is: