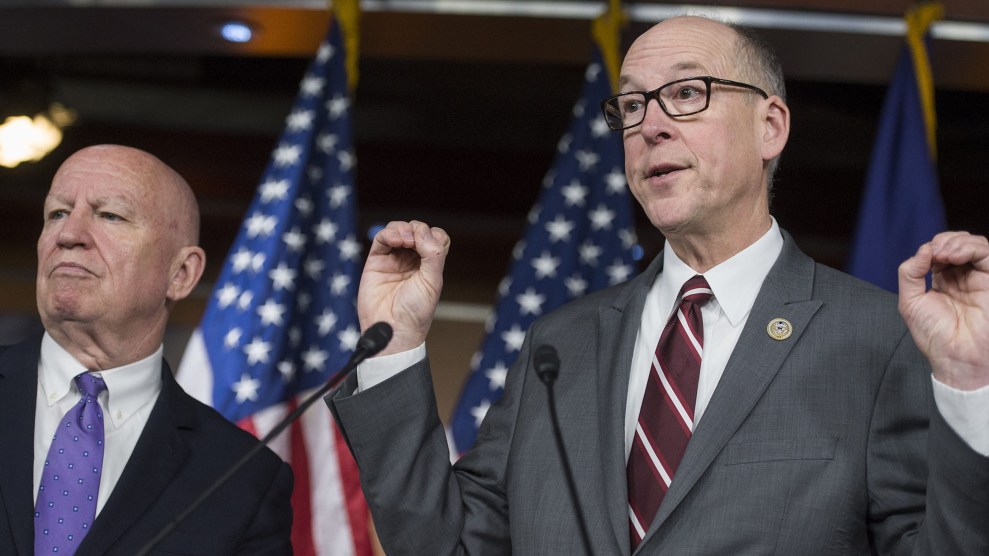 Democrats are mucking up the GOP’s plans for a smooth, quick process of repealing Obamacare—and their strategy seems to be to annoy Republicans as much as possible with legislative arcana.

Two House committees kicked off their hearings on the Republican replacement health care bill Wednesday morning, a quick turnaround given that Republicans didn’t even release their bill until Monday evening, after keeping it under lock and key last week. At the House Energy & Commerce Committee, Democrats quickly derailed proceedings with objections and parliamentary inquiries. Rep. Frank Pallone (N.J.), the top Democrat on the committee, regularly interrupted the committee’s chairman, Rep. Greg Walden (R-Ore.), to object to the rushed legislative process.

Most of Pallone’s proposals didn’t go anywhere; they just dragged things out with arguments over procedure. His request to give members longer than a minute for their opening statements was turned down by Walden, and his motion for a 30-day delay on the hearing was rejected in a party-line vote.

Finally, an hour and a half into the hearing, the committee was all set to delve into the substance of the bill and begin debating its provisions and offering amendments. Not so fast, Rep. Ben Luján (D-N.M.) objected. He wanted a full reading of the bill. While Republicans are fond of pointing out how much shorter their plan is than the Affordable Care Act, it’s still a lengthy, technical document, and reading it out loud would take quite a while.

“We’ve been told to expect to be here through the weekend,” Walden warned, saying there’d be many long nights of hearings thanks to the many amendments Democrats intend to propose.

While most of these legislative machinations seem intended solely to pester Republicans, they’re not just empty maneuvering. Thanks to the fast turnaround from the bill’s release to its markup, the Congressional Budget Office hasn’t had time to calculate how much the bill will cost or how many people will lose their health insurance. If the Democrats can drag things out so that the committee doesn’t vote on the bill until next week, that might buy the CBO enough time to offer an assessment before committee members cast their votes. And Democrats likely hope that they can prevent the bill from getting a full House vote before the Easter recess next month, forcing Republicans to confront their constituents before the bill gets a full vote.