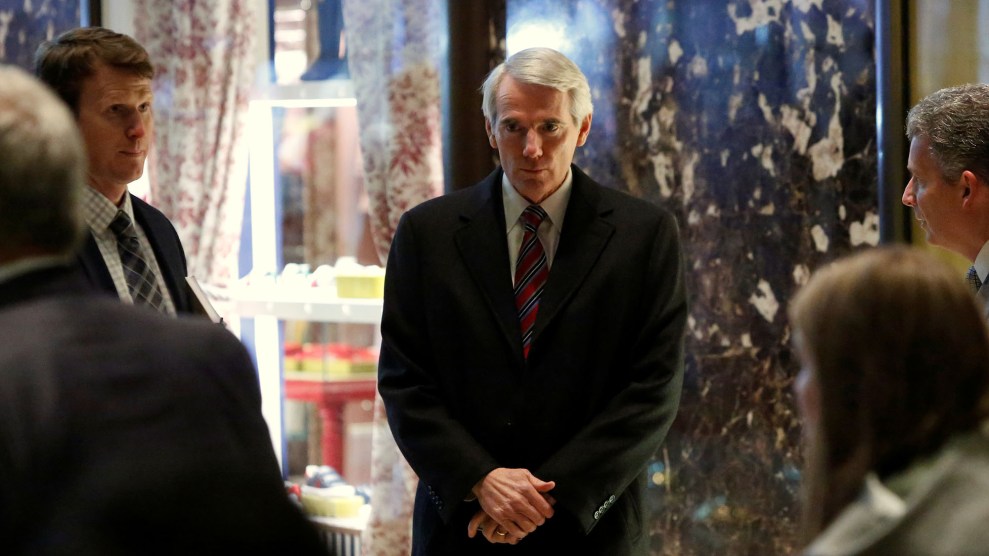 After a week of keeping their bill under guard by Capitol Police, House Republicans introduced their plan to repeal Obamacare late Monday afternoon. But a band of four Republican senators had already begun revolting in public—even before the language of the new measure had seen the light of day. They sent a letter to their caucus leader Monday afternoon saying that they couldn’t support the latest leaked version of the House plans because it doesn’t protect people who gained Medicaid under Obamacare.

One of the Affordable Care Act’s most effective ways of lowering the number of people who lack health insurance has been a provision that allows those who earn 138 percent or less of the federal poverty level to enroll in Medicaid. The Supreme Court added a level of uncertainty to this implementation by allowing states to decide whether or not they want to opt into that program, but 31 states have accepted Medicaid expansion to date, granting government-covered insurance to about 11 million additional people.

Republican Sens. Rob Portman (Ohio), Shelley Moore Capito (West Virginia), Cory Gardner (Colorado), and Lisa Murkowski (Alaska) sent a letter to Senate Majority Leader Mitch McConnell on Monday voicing their concerns. “While we support efforts to repeal and replace the Affordable Care Act and make structural reforms to the Medicaid program,” the letter says, “we are concerned that the February 10th draft proposal from the House of Representatives does not provide stability and certainty for individuals and families in Medicaid expansion programs or the necessary flexibility for states.”

The four senators all hail from states that have accepted Medicaid expansion, and they made that necessary prerequisite for any plan they’d be willing to consider. “We will not support a plan that does not include stability for Medicaid expansion populations or flexibility for states,” the letter explains.

This early warning spells serious trouble for Republican hopes of repealing Obamacare. Republicans plan to pass their repeal bill through a budget reconciliation process in which only a simple majority is necessary, so they don’t have to worry about a Democratic filibuster. But with just 52 Republican senators (and few possible Democratic defections), Republicans probably can’t pass a bill without these four senators. At the same time, the GOP leadership is having to fend off the Freedom Caucus in the House, as this group of tea-party-supported legislators threaten to withhold support because the bill doesn’t go far enough in ditching policies—such as the government offsetting the cost for low-income individuals to buy health insurance—implemented by the ACA. While the four renegade senators sent their letter to McConnell, Sen. Rand Paul was complaining on Twitter that the House proposal wasn’t conservative enough.

Still have not seen an official version of the House Obamacare replacement bill, but from media reports this sure looks like Obamacare Lite!