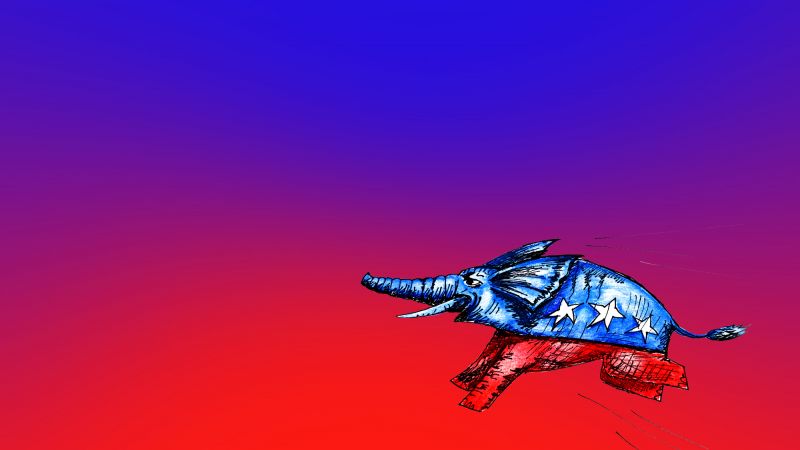 Philip Klein unloads on the GOP in the pages of the conservative Washington Examiner, calling Obamacare repeal “the biggest broken promise in political history”:

What’s so utterly disgraceful, is not just that Republicans failed so miserably, but that they barely tried, raising questions about whether they ever actually wanted to repeal Obamacare in the first place.

Republicans for years have criticized the process that produced Obamacare, and things certainly got ugly. But after having just witnessed this debacle, I think Paul Ryan owes Nancy Pelosi an apology.

One has to admire the commitment that Democrats and Obama had to delivering something they campaigned on and truly believed in. They spent 13 months getting the bill from an initial concept to final passage, and pressed on during many points when everybody was predicting doom. They had public hearings, multiple drafts of different bills, they kept negotiating, even worked into Christmas. They made significant changes at times, but also never lost sight of their key goals. They didn’t back down in the face of angry town halls and after losing their filibuster-proof majority, and many members cast votes that they knew risked their political careers. Obama himself was a leader, who consistently made it clear that he was not going to walk away. He did countless rallies, meetings, speeches — even a “summit” at the Blair House — to try to sell the bill, talking about details, responding to criticisms of the bill to the point that he was mocked by conservatives for talking so much about healthcare.

The contrast between Obama and Democrats on healthcare and what just happened is stunning. House Republicans slapped together a bill in a few weeks (months if we’re being generous) behind closed doors with barely any debate. They moved the bill through committees at blazing speed, conducted closed-door negotiations that resulted in relatively minor tweaks to the bill, and within 17 days, Trump decided that he’d had enough, and was ready to walk away if members didn’t accept the bill as is…

There was a big debate over the course of the election about how out of step Trump was with the Republican Party on many issues. But if anything, this episode shows that Trump and the GOP are perfect together — limited in attention span, all about big talk and identity politics, but uninterested in substance.

Failing to get the votes on one particular bill is one thing. But failing and then walking away on seven years of promises is a pathetic abdication of duty. The Republican Party is a party without a purpose.

Trump, Ryan, and McConnell’s total lack of commitment to repealing Obamcare really does stand in stark contrast to Obama, Pelosi, and Reid’s total commitment to passing it in the first place.

On the eve of the House ACA vote in 2010, Obama went to Democrats and implored them to cast a vote many knew would be political suicide.

Sometimes I think about how I got involved in politics. I didn’t think of myself as a potential politician when I get out of college. I went to work in neighborhoods, working with Catholic churches in poor neighborhoods in Chicago, trying to figure out how people could get a little bit of help. And I was skeptical about politics and politicians, just like a lot of Americans are skeptical about politics and politicians are right now. Because my working assumption was when push comes to shove, all too often folks in elected office, they’re looking for themselves and not looking out for the folks who put them there; that there are too many compromises; that the special interests have too much power; they just got too much clout; there’s too much big money washing around.

And I decided finally to get involved because I realized if I wasn’t willing to step up and be true to the things I believe in, then the system wouldn’t change. Every single one of you had that same kind of moment at the beginning of your careers. Maybe it was just listening to stories in your neighborhood about what was happening to people who’d been laid off of work. Maybe it was your own family experience, somebody got sick and didn’t have health care and you said something should change.

Something inspired you to get involved, and something inspired you to be a Democrat instead of running as a Republican. Because somewhere deep in your heart you said to yourself, I believe in an America in which we don’t just look out for ourselves, that we don’t just tell people you’re on your own, that we are proud of our individualism, we are proud of our liberty, but we also have a sense of neighborliness and a sense of community — (applause) — and we are willing to look out for one another and help people who are vulnerable and help people who are down on their luck and give them a pathway to success and give them a ladder into the middle class. That’s why you decided to run. (Applause.)

And now a lot of us have been here a while and everybody here has taken their lumps and their bruises. And it turns out people have had to make compromises, and you’ve been away from families for a long time and you’ve missed special events for your kids sometimes. And maybe there have been times where you asked yourself, why did I ever get involved in politics in the first place? And maybe things can’t change after all. And when you do something courageous, it turns out sometimes you may be attacked. And sometimes the very people you thought you were trying to help may be angry at you and shout at you. And you say to yourself, maybe that thing that I started with has been lost.

But you know what? Every once in a while, every once in a while a moment comes where you have a chance to vindicate all those best hopes that you had about yourself, about this country, where you have a chance to make good on those promises that you made in all those town meetings and all those constituency breakfasts and all that traveling through the district, all those people who you looked in the eye and you said, you know what, you’re right, the system is not working for you and I’m going to make it a little bit better.

Every single one of you have made that promise not just to your constituents but to yourself. And this is the time to make true on that promise. We are not bound to win, but we are bound to be true. We are not bound to succeed, but we are bound to let whatever light we have shine. We have been debating health care for decades. It has now been debated for a year. It is in your hands. It is time to pass health care reform for America, and I am confident that you are going to do it tomorrow.

With Obama, Pelosi, and Reid, Democratic voters had representatives who were as committed to their goals as they were. Republican voters should realize today that they are not so lucky.