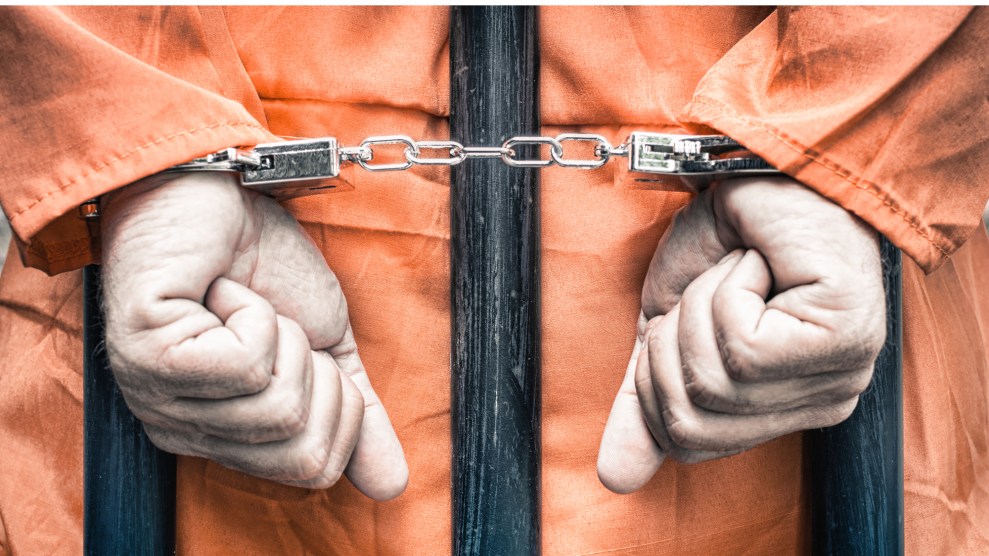 Update, April 19, 2017: The Arkansas Supreme Court halted the execution of one of two men set to be put to death tomorrow. The state’s highest court granted a stay of execution to Stacey Eugene so he can pursue enhanced DNA testing in a bid to prove his innocence. Meanwhile, Pulaski Circuit Court Judge Alice Gray ruled today that the state cannot use one of its lethal injection drugs, vecuronium bromide, in executions—the state’s attorney general said she would appeal that decision.

A couple of days ago, on April 17, the state Supreme Court blocked the execution of two other men slated for that day. Not long afterward, the 8th Circuit Court of Appeals overturned a lower-court ruling—giving the state the green light to move forward with the other executions.

Update, April 14, 2017: The courts have intervened to stop Arkansas from executing the seven men in such a short time period. Pulaski Circuit Court Judge Wendell Griffen issued a temporary restraining order this evening, blocking the state from moving forward next week with its tight schedule for six of the executions. Earlier today, the Arkansas Supreme Court issued an emergency stay to block the seventh execution. The state’s attorney general vowed to appeal the Pulaski County judge’s decision to the state Supreme Court.

Arkansas is about to take capital punishment to a whole new level. The state, which hasn’t executed anyone in more than a decade, plans to put seven men to death in 11 days, starting right after Easter. (It had previously intended to kill eight, but a judge on Thursday blocked one of the executions.) The number of lethal injections is unprecedented in recent history—no other state has killed so many people in such a short period since the US Supreme Court’s reinstatement of the death penalty in 1976.

The executions are scheduled in such rapid succession because the state’s supply of a controversial lethal injection drug will expire at the end of the month. Midazolam, a sedative, is supposed to make inmates go unconscious before they’re put to death, though it’s been used in a number of botched killings—with men writhing in pain for extended periods before finally dying. The Supreme Court has ruled that using the sedative for lethal injections does not constitute cruel and unusual punishment, but last year Arizona officials stopped using the drug after it took Joseph Wood nearly two hours to die during an execution in 2014.

Arkansas Gov. Asa Hutchinson, however, does not appear ready to back down. In a statement to NPR, he said it was his “duty as Governor” to carry out the executions, and that to do so he needed to schedule them before the drug’s expiration date.

The seven death row inmates in Arkansas include three white men and four black men who were all convicted of murder from 1989 to 1999. Some of their victims’ family members have welcomed the speedy execution schedule, saying they’re ready for justice. Advocates and civil liberties groups have responded with alarm. “This is just a ghastly assembly line of death,” says Rita Sklar of the state’s American Civil Liberties Union. The seven men have sued, arguing that the state’s push to kill them so quickly is reckless and unconstitutional.

Here’s what you need to know about this rush to the death chamber and the outrage it’s sparked:

Four of the men are mentally ill or intellectually impaired, and some were abused as kids

One of the condemned men is bipolar, and another was diagnosed with paranoid schizophrenia and “believes he’s on a mission from God,” according to Harvard’s Fair Punishment Project, a group of lawyers and other criminal justice experts who reviewed legal documents about their cases. Two of the men have scored 69 and 70 on IQ tests—putting them within the range of intellectual disability. The man whose execution was blocked on Thursday is bipolar and has been an alcoholic since sixth grade; his mom drank while she was pregnant and his dad was violent, torturing two of the family dogs to death. Two of the men were sexually abused as children. One of them, Marcel Williams, was “pimped” out by his mother and gang-raped, according to the FPP.

Some of their lawyers weren’t on their best behavior

Consider the case of Ledell Lee, who’s being put to death on April 20. According to the FPP, his trial lawyers did not conduct a thorough investigation into his background, limiting their ability to come up with mitigating evidence that might affect his sentence, such as suffering from abuse as a child. Lee’s lawyers also failed to interview many of his siblings or ask his mother to testify at trial about his life circumstances. After the trial, his post-conviction attorney had substance abuse problems: During hearings, the attorney would “ramble incoherently, repeatedly interjecting, ‘blah, blah, blah'” into his statements, the FPP found. When Lee received two new lawyers, they weren’t much of an improvement—some missed important deadlines, while others appear not to have taken his calls or answered his letters. “He just can’t catch a break,” explains Jessica Brand, the FPP’s legal director. This was not an isolated incident. The FPP said several other condemned men had lawyers who did not properly investigate their cases or present mitigating evidence to the court.

When executions are scheduled so close together, there’s a greater risk of mistakes

In 2014, the state of Oklahoma executed Clayton Lockett, who writhed and groaned on the gurney for three minutes after the drugs were administered. He finally died 43 minutes after the procedure began. The state decided to postpone the execution of another man, Charles Warner, that had been scheduled to occur just a few hours later. After investigating the botched killing of Lockett, Oklahoma’s Department of Public Safety recommended that future executions be spaced at least seven days apart to reduce the risk of mistakes. Planning for a double execution, the department noted, had put “extra stress” on prison and medical staff members. “We’re setting ourselves up for a ghoulish spectacle with all eyes on Arkansas,” the ACLU’s Sklar told Mother Jones.

They’re worried that rapidly executing so many people might be traumatic for executioners. Allen Ault, a former commissioner of corrections departments in Georgia, Mississippi, and Colorado who oversaw five executions during a two-year period, now speaks out against capital punishment. “I have known a lot of people who have been involved,” he told NPR. “I have known none who have come out of it unscathed.” Some of his former colleagues, he said, turned to drugs or committed suicide after overseeing executions. Gov. Hutchinson has said his state’s correction staffers are experienced, and that they’ve told him they approve of the quick schedule. But former correctional officers and governors from other states have written a letter to Hutchinson, urging him to halt the death march. “They’re people all over the world calling on him not to do this to the inmates, to the staff, and to the American justice system,” says Sklar.

The state of Arkansas requires at least six witnesses for each execution to ensure the capital punishment laws are followed. But finding enough people to watch seven men die over the course of 10 days is not an easy task. The Department of Correction’s director, Wendy Kelley, even reached out to the Little Rock Rotary Club for volunteers. The members initially thought it was a joke.