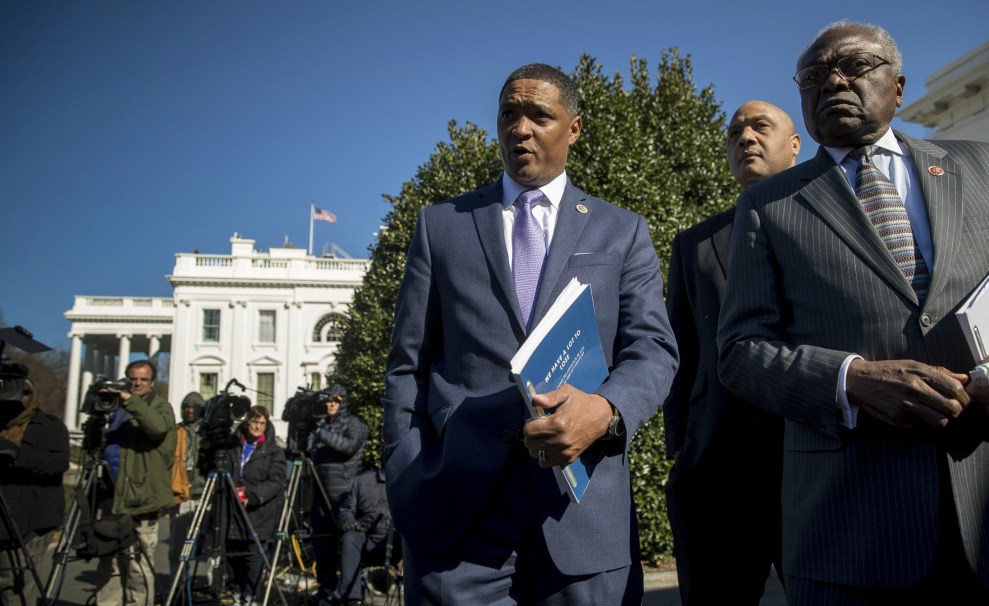 On a rainy Thursday morning, several members of Congress joined civil rights activists, policy experts, and former Obama administration officials for a forum on the future of civil rights in the Trump era. In the room typically occupied by the House Judiciary Committee, a common refrain quickly emerged. “The backstop that has been the civil rights enforcement of the federal government is no more,” said Catherine Lhamon, chair of the US Commission on Civil Rights.

In a wide-ranging discussion, panelists noted that the Trump administration is pulling back on the federal government’s interest in influencing a number of civil rights’ issues; transgender rights, immigration policy, voting rights, and fair housing were all discussed. But with a recent Justice Department memo calling for a review of all Obama-era police reform agreements or “consent decrees,” police reform received the most attention of any subject.

The memo, which was issued last week, but wasn’t made public until Monday, reveals a Justice Department highly skeptical of the importance of police oversight and reluctant to conduct further reviews of police departments. “The misdeeds of individual bad actors should not impugn or undermine the legitimate and honorable work that law enforcement agencies perform in keeping American communities safe,” it states.

Attorney General Jeff Sessions has been a frequent critic of consent decrees in the past. In February, Sessions, admitting that he hadn’t read the full reports after reviews of police departments in Ferguson and Chicago revealed widespread abuses disproportionately targeted at black residents, described them as “pretty anecdotal.” Earlier this week, the Justice Department asked a US District court to delay its hearing of the proposed consent decree between the DOJ and the Baltimore Police Department. (The request was refused and the hearing was held on Thursday.)

The Justice Department was “going back to the 1990s to fight a war that we have already lost.”

Ron Davis, the former director of the DOJ’s Office of Community Oriented Policing Services during the Obama administration, noted that the Justice Department was “going back to the 1990s to fight a war that we have already lost.”

“We have advanced policing to a science; to go back to practices that we know are ineffective is outright ridiculous,” Davis added. Other panelists pointed out that the Justice Department could not unilaterally end reform agreements already in place, saying that the recent memo reflected a deep misunderstanding of how the process works.

Hassan Aden, a member of Law Enforcement Leaders to Reduce Crime and Incarceration and former chief of the Greenville, North Carolina, Police Department, addressed the administration’s approach to immigration enforcement, recalling his personal experience with Trump’s controversial “Muslim Ban.” Last month, US Customs and Border Patrol detained Aden as he returned to the US from a trip to Paris to celebrate his mother’s birthday. “My detention was 90 minutes,” he said, adding he never had any issues with customs before this year. “But there are others where their detention is significantly longer.”

The panelists’ concerns about the DOJ extended beyond the role it plays in law enforcement. Gavin Grimm, a transgender teen who has become a prominent transgender rights advocate after suing his local school board for limiting his access to school restrooms, spoke of the DOJ’s recent decision to back away from an Obama-era guidance requiring schools to let children to use the facility that matched their gender identity. Grimm’s case was scheduled to go to the Supreme Court but was removed from the court’s calendar shortly after the DOJ changed its position on transgender student guidance. “The decision to withdraw the guidance sent a terrible message to some of the most vulnerable people,” Grimm said. Despite President Trump’s campaign trail promises to protect the LGBT community, his administration was doing the opposite. “Actions speak louder than words,” Grimm said.

The congressional forum was officially hosted by Rep. John Conyers (D-MI), the ranking member on the House Judiciary Committee. But unofficially, it was an event led by the Congressional Black Caucus, with several members—including caucus chair Rep. Cedric Richmond (D-La.)—speaking. Since Trump assumed office, CBC members have become some of the president’s loudest critics, and, comprising nearly one quarter of Democrats in Congress, a powerful voice for the party, particularly regarding civil rights.

If today’s forum is any indication, that meeting will not be a pleasant one. “We may be seeing the most dangerous Department of Justice that we have seen in decades,” said Rep. Sheila Jackson Lee (D-Texas). “We will continue to fight.”