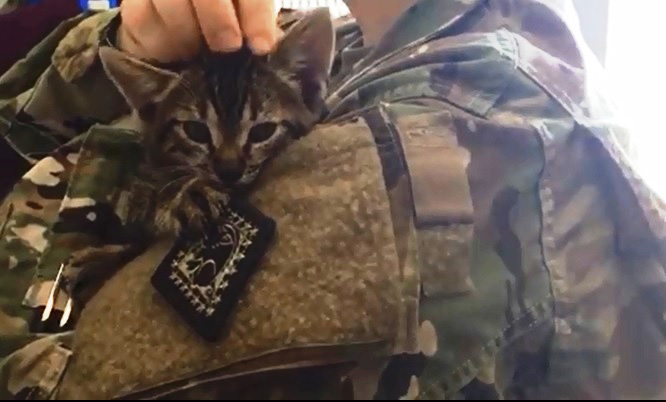 Guantánamo Bay Naval Base is home to a military prison, and now, a growing stray cat population.

In March, a nonprofit billing itself as Operation Git-Meow issued a request to start an adopt-a-cat program to help connect feral cats with new homes. Last year, almost 200 feral cats at Guantánamo underwent euthanasia because the military base had no alternative method to address the cat population, according to the Miami Herald.

Under current policy, the base is bound to the practice of “trap, neuter, and release.” However, a percentage of Guantánamo’s stray cat population may be euthanized if deemed too ill, injured, or dangerous to the general public. The navy base commander Capt. Dave Culpepper rejected the formal proposal to create a rescue program for cats, citing regulations and a lack of authority over the matter. Instead, Culpepper’s team is “committed to maintaining an animal control program as guided by Navy and Department of Defense regulations and ensuring all species are legally and humanely managed,” the commander’s spokesperson, Julie Ann Ripley, told the Miami Herald.

Guantánamo, leased on 45 square miles of Cuban land, is home to a controversial U.S. military detention camp that has housed hundreds of prisoners as part of the War on Terror since 2002. The prison now holds 41 prisoners, and some 5,500 people live and work on the naval base.

Operation Git-Meow—a play on Guantánamo’s nickname, Gitmo—intends to appeal the decision to the Department of the Navy, putting forward a “no-cost solution” that would include volunteer veterinarians and other experts who can vaccinate and sterilize the cats. The group has even drafted an anti-animal cruelty rule to contend with the growing ill treatment of animals at the base. The proposal, if implemented, would be free for taxpayers.

“Based upon the unique situation at Naval Station Guantánamo Bay, Cuba, an aggressive trap, neuter, vaccinate, and release program funded by our organization would be a far more effective approach than simply trapping and killing the cats,” Meredith Ayan from the Society for the Prevention of Cruelty to Animals International told the Miami Herald.