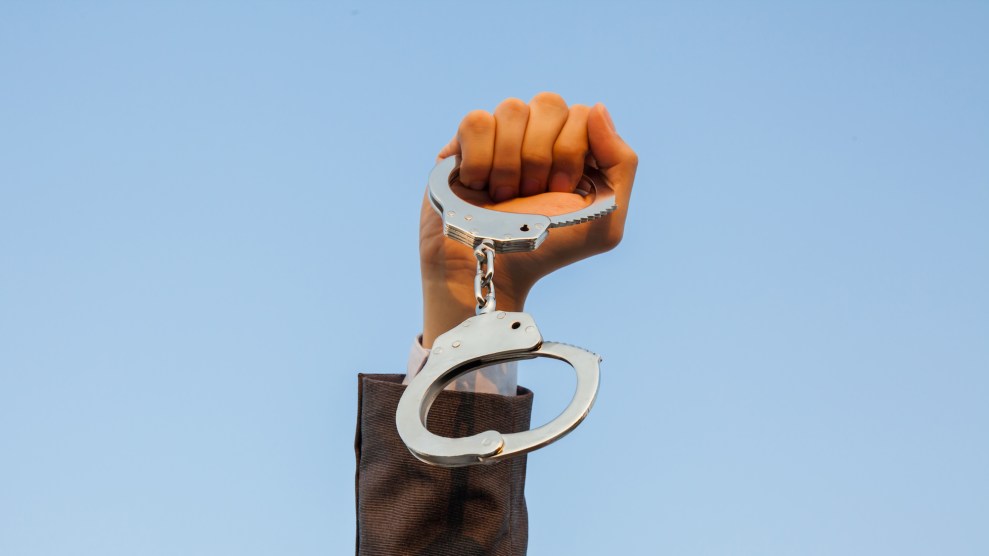 Last weekend, an independent commission revealed a plan for closing New York City’s infamous Rikers Island jail complex. The proposal, developed at the City Council’s urging by a team of criminal justice experts, policymakers, and advocates, calls for shifting inmates to smaller facilities across the five boroughs and redeveloping the island’s 400 acres into new public utilities.

Closing the complex has the support of Gov. Andrew Cuomo, who blasted New York City Mayor Bill de Blasio in March for his lack of “political will” on the issue. Less than three weeks later, de Blasio declared his support for the new plan. But ultimately, to end the use of the city’s “expensive penal colony,” as the commission put it, the city will have to meet a daunting goal—cutting its jail population in half over 10 years, from nearly 10,000 to 5,000 people.

To accomplish this, the commission put forward an array of proposals, from eliminating short jail sentences to raising the age of “criminal justice responsibility” in the state from 16 to 18. But one measure stands out as having the most potential for reducing the number of people New York City incarcerates: bail reform.

“We know that many of these individuals are not threats to public safety. What they are is poor.”

Of the almost 10,000 people held in city jails each day, three-quarters have not been convicted of a crime, the commission found. Instead, they’re held because they can’t afford bail while their cases crawl through a clogged court system. In 2016, New York City judges set bail for 28 percent of the defendants who appeared before them, but 9 out of 10 were unable to pull together the cash before they were incarcerated. Even though city courts set bail at amounts that were relatively lower than others nationally, most defendants ended up on Rikers Island.

“We know that many of these individuals are not threats to public safety,” wrote former New York State chief judge Jonathan Lippman, the commission’s chair, in a letter accompanying the report. “What they are is poor.”

The consequences of this pretrial incarceration can be disastrous. This island complex, which holds nearly 80 percent of New York City inmates, has a serious record of abuses: inmate violence, staff brutality, rape, mistreatment of locked-up teens and the mentally ill, and high rates of solitary confinement. All of these have been brought to light through decades of lawsuits, investigations, and exposes. More problems at the complex were exposed in 2014 when The New Yorker published the story of Kalief Browder, a black 16-year-old accused of stealing a backpack who was kept on Rikers for three years, mostly in solitary confinement, while awaiting a trial to prove his innocence. Browder was brought to the island because his family couldn’t pay $3,000 for bail. (He was released in 2013 after the charges were dropped, but he committed suicide two years later.)

The vast majority of those held in pretrial detention ultimately cut deals with prosecutors to get out, with black and Latino defendants disproportionately taking plea offers that require yet more jail time, the New York City commission found. Defendants with a mental illness, already less likely to afford bail, spent twice as long in pretrial detention compared with others. What’s more, the benefits of bail are murky, to say the least. As Human Rights Watch has reported, very few New York City defendants who are released, even without bail, fail to appear for their next court hearing. In some cases, the fees simply line the pockets of commercial bail companies.

To reduce pretrial detention, the commission proposed ending the use of money bail in New York altogether—a step that would require legislative action. It also recommended streamlining access to other kinds of bail (commercial bail bonds, for instance) that don’t require a big deposit. More defendants could also be released under “pretrial supervision,” which could include required substance abuse or mental health treatment, ankle monitoring, or house arrest. In 2016, just 1.5 percent of defendants were released into pretrial supervision at their arraignment.

Those solutions aren’t perfect: For-profit companies that operate ankle-monitoring systems can charge high fees, and some algorithms used to determine who is the least risky to release have been shown to disadvantage black defendants. But the commission’s recommendations represent the latest in a recent wave of bail reform initiatives across the country. New Mexico voters passed a watered-down constitutional amendment reducing bail use last November. After New Jersey implemented new bail practices this year, judges set bail in just 3 out of 3,382 cases during a four-week period in January. Lawmakers in California and Illinois are bringing bail reform bills this year, while a fight over the issue plays out between Maryland’s courts and legislators backed by the bail bond industry.

“The bottom line is this,” the commission wrote. “Money bail does not have a meaningful impact on appearance in court but it does serve to hold thousands of New Yorkers in jail without a strong public safety rationale.”