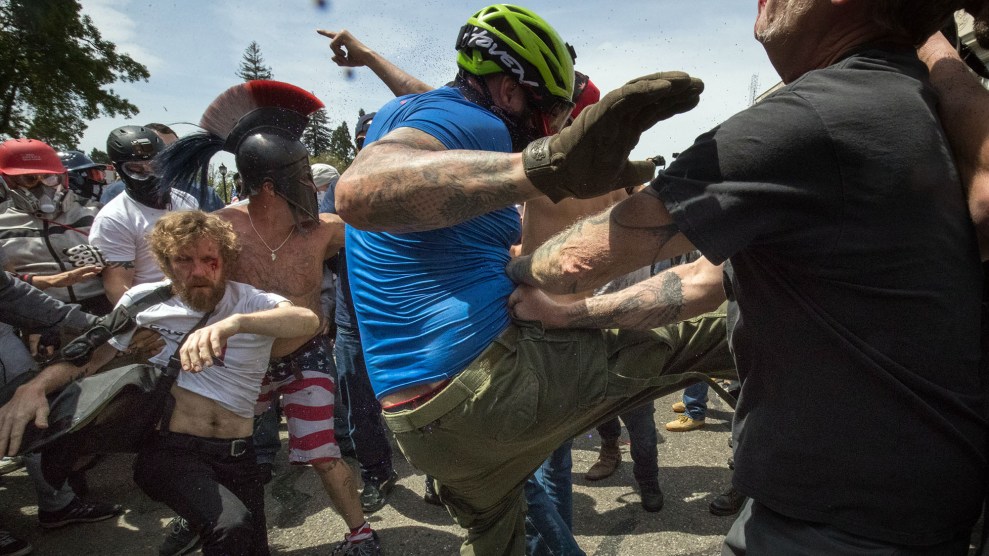 Fighting between pro-Trump demonstrators and anti-fascist counterdemonstrators broke out at a "Patriots Day" rally in downtown Berkeley, California, on April 15.Paul Kuroda/ZUMA

Long before the New York Times wondered, “Is it O.K. to punch a Nazi?,” far-right extremists were confronted by militant anti-fascists. These groups’ roots go back before World War II, when radicals battled nascent fascists and Nazis in the streets of Europe. The rise of violent white supremacist and neo-Nazi groups in the 1980s sparked the American “antifa” (anti-fascist) movement. Street squads like Anti-Racist Action and Fuck Shit Up took a nod from their European predecessors and responded with their own brand of extremism. Here’s a timeline of the American anti-fascist movement: 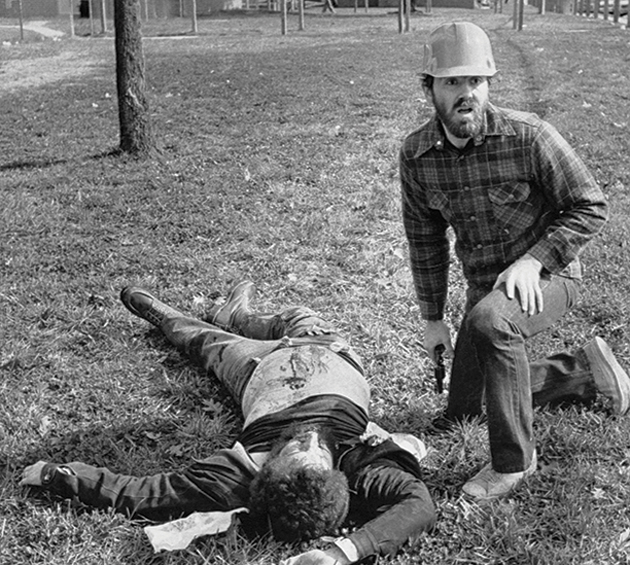 Members of the Ku Klux Klan open fire on a “Death to the Klan” march in Greensboro, North Carolina, killing five people.

The Baldies, a multiracial street crew, forms in Minneapolis. They dish out “righteous violence” to members of the Twin Cities’ racist skinhead gangs.

Members of the Baldies join up with other young activists to launch a nationwide network of anti-fascist groups called Anti-Racist Action (ARA). Members commit to confronting right-wing extremists face-to-face: “Whenever fascists are organizing or active in public, we’re there…Never let the Nazis have the street!”

Fuck Shit Up (FSU), a.k.a. Friends Stand United, which the FBI later classifies as a street gang, expels neo-Nazis and racist skinheads from punk shows in Boston. (In 2011, its founder, Elgin James, released Little Birds, a movie loosely based on his life—and went to prison for extortion.)

A SHARP member shoots and kills a 21-year-old white supremacist in Portland, Oregon.

A follower of Matt Hale, the neo-Nazi leader of the World Church of the Creator, goes on a three-day murder spree across Illinois and Indiana. His victims include a Korean student shot in Bloomington, Indiana, which becomes a hotbed of anti-racist organizing. 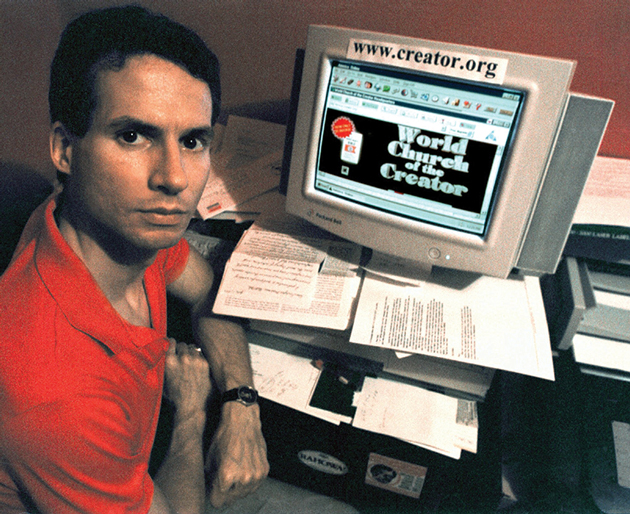 ARA and a Boston anarchist group skirmish with white supremacists who turn out for a speech by Hale in York, Pennsylvania. (Hale is currently serving a 40-year sentence for soliciting the murder of a federal judge.) 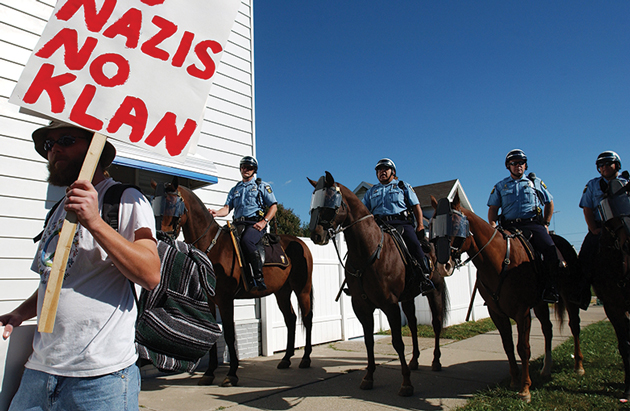 More than a dozen neo-Nazis try to march through a predominately African American neighborhood in Toledo, Ohio. Hundreds, including ARA members, shut down the march. Protesters throw bricks at cops, destroy police cars, and set buildings on fire.

A 25-year-old man is beaten to death outside a punk show in Asbury Park, New Jersey, after reportedly refusing to take off a Confederate flag T-shirt. An alleged FSU member is arrested but not charged.

Holocaust denier David Irving’s tri-state-area book tour is disrupted by ARA members. They also hack into and release Irving’s personal emails. In Chicago, an ARA member tries to infiltrate the National Socialist Front and is stabbed. 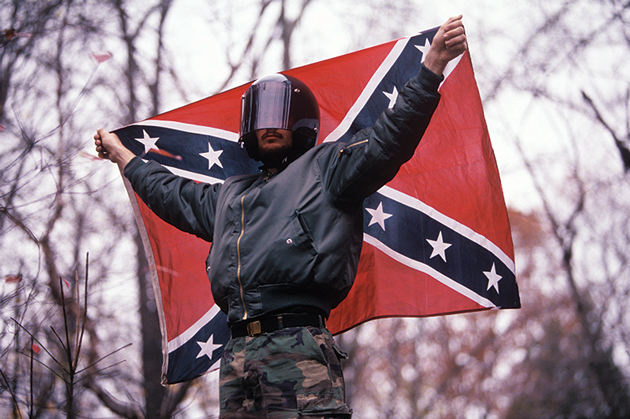 Hundreds of protesters, including members of ARA and the New Black Panthers, clash with neo-Nazis in Trenton, New Jersey.

Members of the Hoosier Anti- Racist Movement (HARM) and ARA attack white supremacists at a restaurant in Tinley Park, Illinois, leaving three people hospitalized. The Tinley Park Five are later convicted for their roles in the assault.

2013
Followers of a white nationalist group led by Matthew Heimbach protest a talk by an anti-racist author in Terre Haute, Indiana. They are allegedly beaten by HARM members wielding padlocks inside socks.
Feb. 2016

Antifas and anti-racists spar with white nationalists outside the California state Capitol in Sacramento. Fourteen people are injured, including seven with stab wounds. 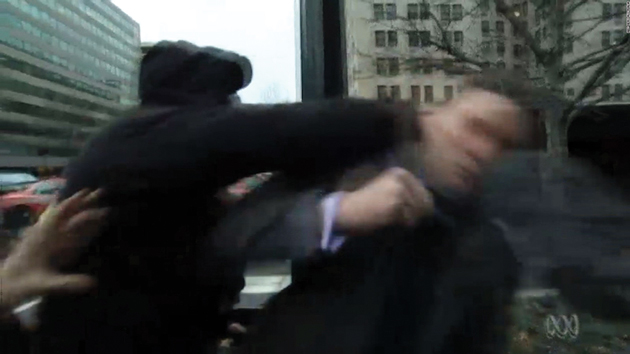 White nationalist and “alt-right” godfather Richard Spencer is punched in the head by an unidentified man on the streets of Washington, DC, on Inauguration Day. He responds by suggesting alt-right vigilante squads for protection; the internet responds with “Nazi punching” memes. That night, an anti-fascist demonstrator is shot in Seattle by a Trump supporter during a protest of a speech by then-Breitbart troll Milo Yiannopoulos.

Antifa and “black bloc” protesters violently shut down a talk by Yiannopoulos at the University of California-Berkeley.

Pro-Trump supporters hold a “Patriots Day” rally in downtown Berkeley. They are confronted by antifascist counterdemonstrators and fighting breaks out. Police report 20 arrests and at least 11 injuries.