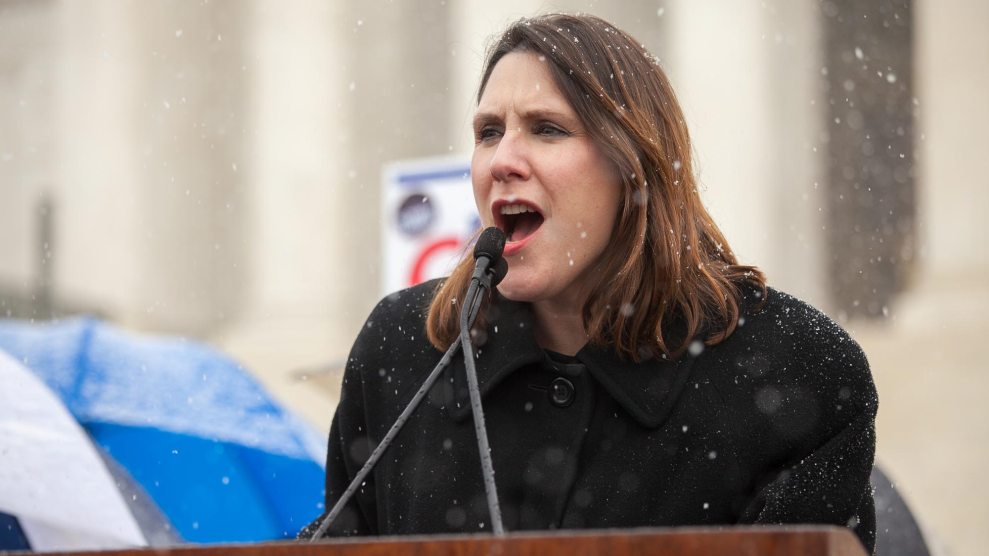 Charmaine Yoest speaks in front of the U.S. Supreme Court in 2014.<a href="https://www.flickr.com/photos/americanlifeleague/13428371333/in/photolist-njjhLF-msBUXF">American Life League</a>/Flickr

Charmaine Yoest, the former president and CEO of anti-abortion group Americans United for Life, has been tapped to be the assistant secretary of public affairs at the Department of Health and Human Services, the White House announced on Friday.

Yoest, a long-time anti-abortion advocate, has helped orchestrate some of the anti-abortion movement’s most significant legislative victories. From 2008 to 2016, Yoest headed AUL, a small but mighty law firm whose goal is to end all abortion in the United States. Under her leadership, AUL helped spur a wave of anti-abortion restrictions around the country, writing model bills and distributing them to state legislatures. In 2011, for instance, 24 of 92 anti-abortion laws passed around the country originated with AUL. Before AUL, Yoest was the vice president for communications at the Family Research Council (another conservative group focused on abortion and family policy), worked on former Arkansas Gov. Mike Huckabee’s 2008 presidential campaign, and in the Reagan administration. 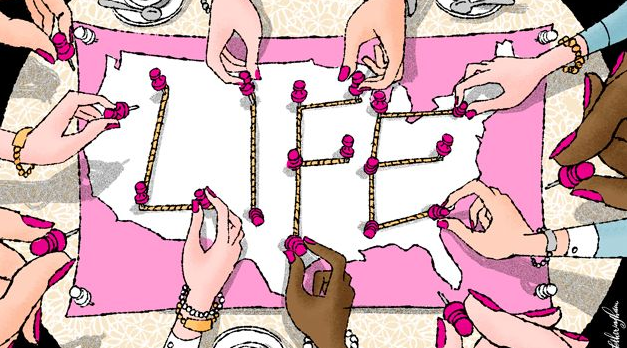 In 2016, Yoest left AUL to be a senior fellow at American Values, a conservative group focused on “defending life” and traditional values. In 2012, Yoest said that she hopes to help create a “post-Roe nation” and touted the claim that abortion causes breast cancer, despite medical consensus to the contrary. Yoest has also questioned whether contraception access reduces the abortion rate, and told the New York Times that she opposes birth control and believes that IUDs “have life-ending properties.” Under her leadership, AUL did not take a position on birth control. Yoest explained why on PBS in 2011: “It’s really a red herring that the abortion lobby likes to bring up by conflating abortion and birth control.”

As a top communications staffer at HHS, Yoest will be instrumental in shaping the public persona of an agency that oversees a number of programs that enable reproductive healthcare, including contraception. These include Medicaid—which many low-income women use to obtain non-abortion services at Planned Parenthood—and the Title X family planning program, which offers grants to states to help subsidize the cost of non-abortion services such as contraception, cervical cancer screenings, STI testing, and other medical procedures for low-income men and women.  Trump and the GOP-controlled Congress have sought to curtail both of these funding streams for reproductive healthcare. Bills to prohibit the use of Medicaid by patients at Planned Parenthood were introduced in both the House and the Senate and are still awaiting a vote. A bill allowing states to withhold Title X family planning funds from health care providers that offer abortion, like Planned Parenthood, was signed into law by Trump this month.