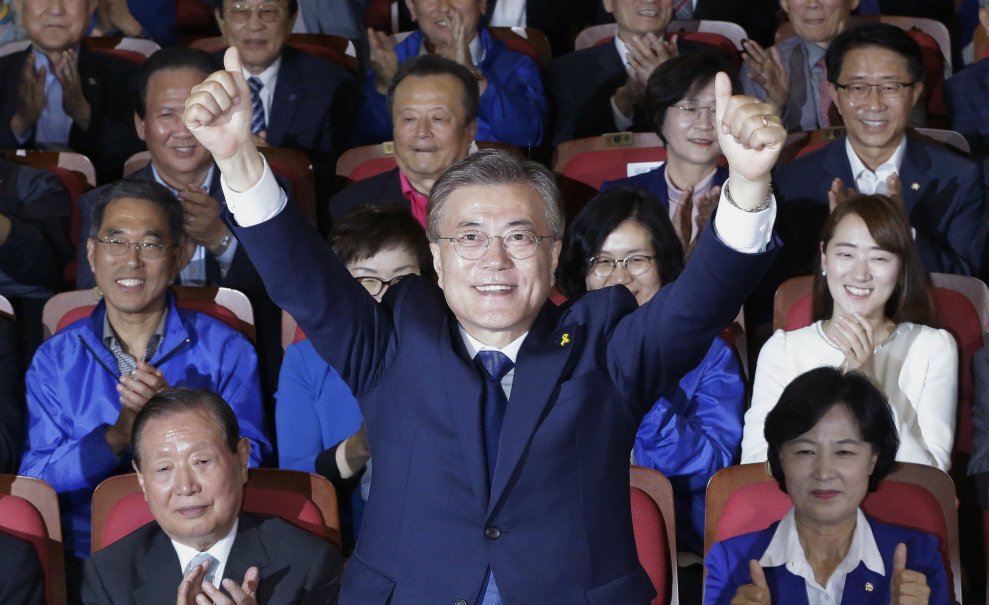 While much of the world has been focused on the elections in France, another hugely consequential political contest just wrapped up 5,500 miles away in South Korea. The election of Moon Jae-in, a left-leaning presidential candidate from the liberal Democratic Party, signals the end of about a decade of conservative rule in South Korea—and it could have major implications for the US relationship with North Korea.

Moon’s win comes on the heels of a corruption scandal that led to mass protests and the ouster of former president Park Geun-hye, the daughter of dictator Park Chung-hee. Because of the circumstances surrounding the election, Moon will take power almost immediately without a transition period.

South Korea is a key US ally, but when it comes to relations with the country’s northern neighbor, Moon could find himself at odds with President Donald Trump. Whereas Park and her conservative predecessors took a hard-line approach toward the North, Moon believes that policy isn’t working—he points to the reality that North Korea has continued to develop nuclear weapons. He’s called for engaging in dialogue to build a better relationship with North Korea while continuing to pressure the country through sanctions. While Moon won the election overwhelmingly, many South Koreans aren’t convinced about his approach, worrying that North Korea will take advantage of that open dialogue and seek concessions from South Korea while refusing to give up its weapons.

Meanwhile, Trump has called for exerting “maximum pressure” on North Korea to give up its nuclear and missile programs—programs that appear to have accelerated in recent months. “There is a chance that we could end up having a major, major conflict with North Korea. Absolutely,” Trump told Reuters in an interview late last month—though the president noted he preferred to use diplomacy to resolve the conflict.

Even so, experts emphasize that South Korea and the United States share the same goal when it comes to North Korea’s weapons, and the newly elected president isn’t expected dramatically change his country’s relationship with the North overnight.

There are other potential areas of conflict between Moon and Trump. For instance, Trump has said he wants to nix a free-trade deal, which is the foundation for the two country’s economic ties.

Asked about Moon’s election Tuesday, White House Press Secretary Sean Spicer declined to answer a question about the two leaders’ policy differences. “The president looks forward to meeting with him and talking about our shared interests,” Spicer said.