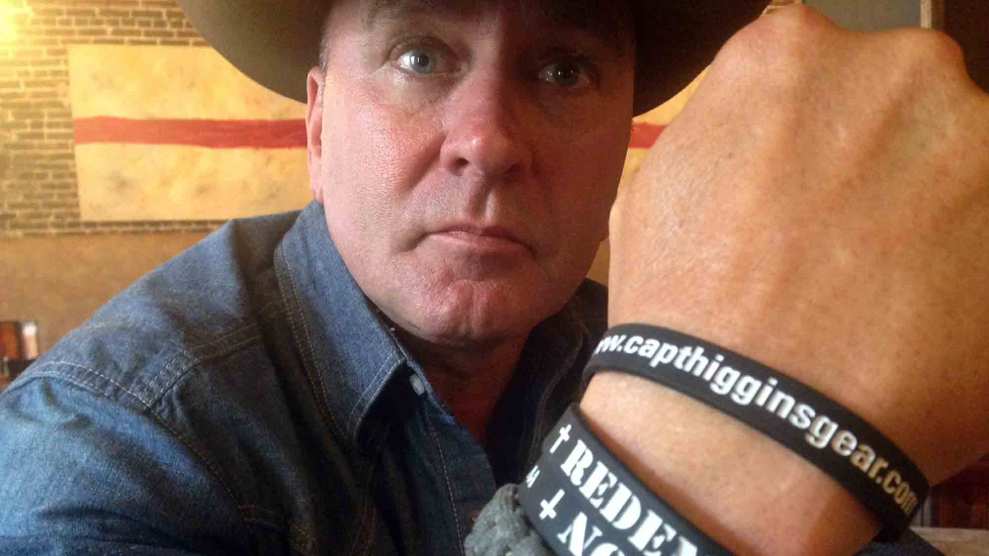 In response to the London terror attack, Rep. Clay Higgins (R-La.) had an extreme proposal: kill anyone suspected of being an Islamic radical.

On his campaign Faceboook page, Higgins, a former police officer, posted this message:

The free world…all of Christendom…is at war with Islamic horror. Not one penny of American treasure should be granted to any nation who harbors these heathen animals. Not a single radicalized Islamic suspect should be granted any measure of quarter. Their intended entry to the American homeland should be summarily denied. Every conceivable measure should be engaged to hunt them down. Hunt them, identity them, and kill them. Kill them all. For the sake of all that is good and righteous. Kill them all. 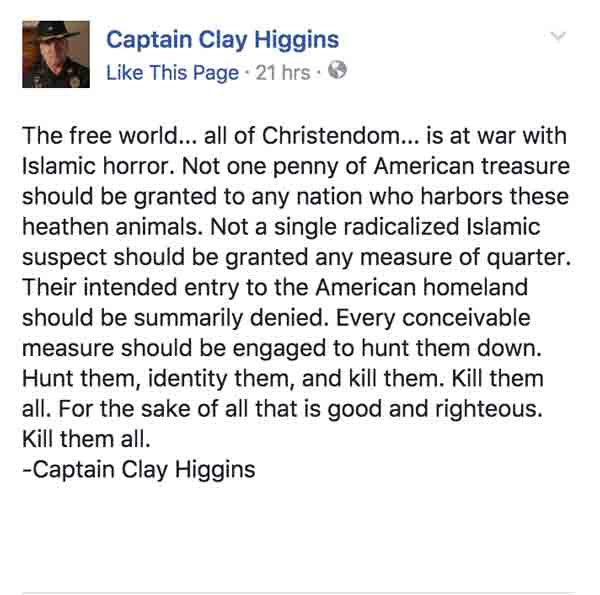 The post went up early on Sunday morning. On Saturday evening, suspected terrorists killed seven people during an attack on London Bridge. ISIS has claimed credit for these murders.

With his declaration that Christendom is “at war with Islamic horror,” Higgins was embracing a theme of the far right: the fight against extremist jihadists is part of a fundamental clash between Christian society and Islam. And in this Facebook post, he was calling for killing not just terrorists found guilty of heinous actions, but anyone suspected of such an act. He did not explain how the United States could determine how to identify radicalized Islamists in order to deny them entry to the United States. It was unclear whether his proposal to deny any assistance to any nation that harbors “these heathen animals” would apply to England, France, Indonesia, Spain, and other nations where jihadist cells have committed horrific acts of violence.

Higgins office refused to allow a Mother Jones reporter to speak to a spokesman for the congressman. But in an email, his spokesman confirmed the Facebook post was authentic.

In late January, Higgins delivered a fiery floor speech attacking Democrats and the “liberal media” for opposing President Donald Trump’s Muslim travel ban. He declared that “radical Islamic horror has gripped the world and…unbelievably…been allowed into our own nation with wanton disregard.”

Shortly before running for Congress, Higgins resigned from his post as the public information officer of the St. Landry Parish Sheriff’s Office, where he had earned a reputation as the “Cajun John Wayne” for his tough-talking CrimeStopper videos. Higgins abruptly quit after his boss, the sheriff, ordered him to tone down his unprofessional comments. “I repeatedly told him to stop saying things like, ‘You have no brain cells,’ or making comments that were totally disrespectful and demeaning,” the sheriff said.

“I don’t do well reined in,” Higgins noted at the time. “Although I love and respect my sheriff, I must resign.”

Update: Higgins’ campaign spokesman, Chris Comeaux, told Mother Jones in an email: “Rep. Higgins is referring to terrorists. He’s advocating for hunting down and killing all of the terrorists. This is an idea all of America & Britain should be united behind.”