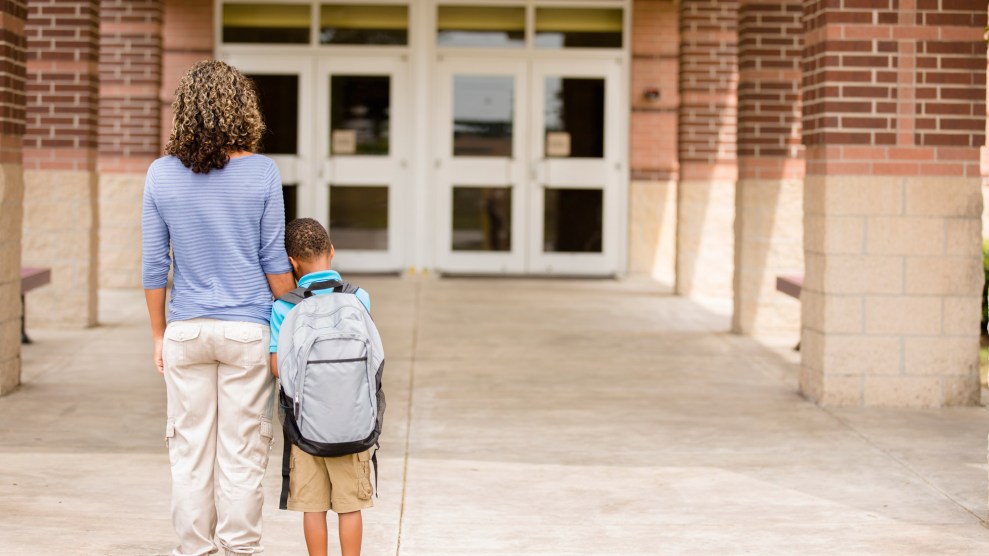 For the past few years, residents in the city of Gardendale, Alabama, have been pushing to take over a county high school, a middle school, and two elementary schools from the greater Jefferson County school system, one of several districts still bound by a federal desegregation order. Residents argue that they want local control. The city’s mayor went so far as to tell the Washington Post that it was about “keeping our tax dollars here with our kids, rather than sharing them with kids all over Jefferson County.” Opponents of the plan, though, claim the move is mired in racial overtones and the pursuit of a divided system that benefits Gardendale’s families at the expense of others in the county.

In April, a federal judge ruled that although the community’s efforts to separate from the countywide district were in fact racially motivated, Gardendale could start its own district of 2,134 students this fall with two elementary schools and could eventually purchase a $55 million high school from Jefferson County, as long as it established a court-approved desegregation plan within three years. That plan, though, is now on hold—both the case’s plaintiffs, who wanted to block the split, and Gardendale’s attorneys, who were upset the judge’s ruling gave them two schools instead of the desired four, opted to appeal the decision to the 11th Circuit Court of Appeals.

Gardendale is just one of many communities—often small, wealthier enclaves—which have attempted to secede from larger school districts across the country over the past 15 years, sparking a nationwide debate about modern segregation.

A report released this week by the education nonprofit EdBuild documents the reach of the movement. Since 2000, researchers find, there have been 71 attempts by communities to secede from larger school districts, and, so far, 47 communities have been successful. Another nine, from Malibu, California, to Daphne, Alabama, are currently considering breaking away. Yet another nine community’s plans have been defeated since 2000.

“Wealthier communities can build a wall and take their money with them,” says Rebecca Sibilia, EdBuild’s founder and chief executive. “When they do that, it disproportionately affects the kids left behind.”

Parents and others who support splitting school districts say they want to have more direct control over how their children are educated and where the money to support them goes. But, as the report argues, these secessions could exacerbate racial and socioeconomic segregation, at a time when schools across the country continue to become more and more divided by race and class, and leave the remaining districts with less funding as a result of a fractured tax base.

And while Gardendale is unique in that it needs court approval to form its own district, thanks to the longstanding desegregation order governing Jefferson County, not all communities have the same limitations. Thirty states have laws on the books that permit communities to establish their own districts, and just nine of those states require those communities to assess financial impact. Only six of those states demand that communities take racial and socioeconomic factors into account when deciding to splinter.

“This is not just a story of neighbors divided in a self-interested society,” the report notes. “Rather, it could be better characterized as a story of a broken system of laws that fracture and of policies that have failed to protect the most vulnerable.”