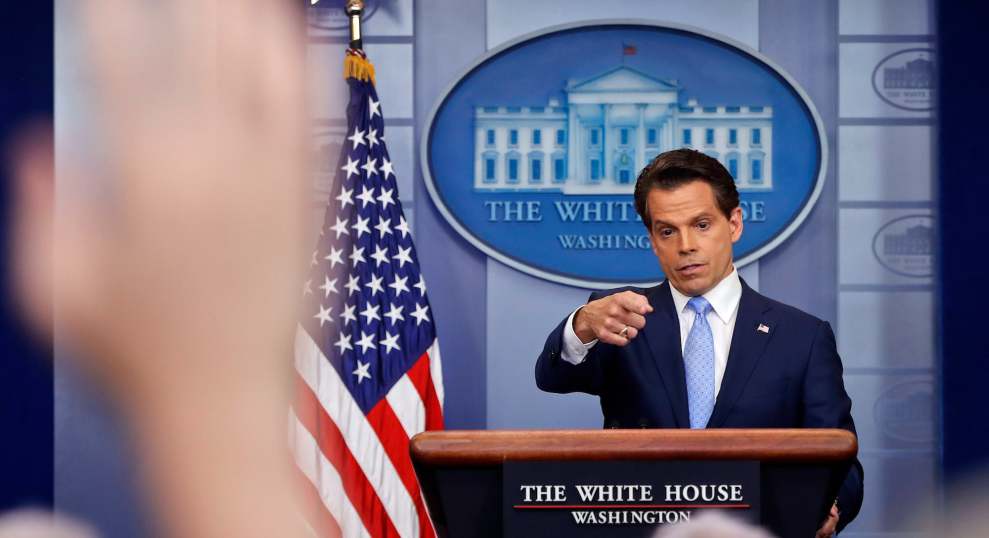 Late Thursday, news broke that President Donald Trump had chosen Wall Street financier and prominent Republican donor, Anthony Scaramucci, to lead the beleaguered White House communications department. The appointment swiftly precipitated the resignation of press secretary Sean Spicer who, along with senior aides Reince Priebus and Steve Bannon, is said to have vehemently objected to Scaramucci’s hiring. White House officials told the Daily Beast that some fear the incoming communications lead will do nothing to change the image of “amateur hour” in the West Wing.

So, who is the man known as “the Mooch?”

He also addressed a 2015 appearance on Fox News (you can watch below), where he bashed Trump as “anti-American” and criticized the then-presidential candidate’s rhetoric about women.

“Mr. President if you’re listening, I personally apologize for the 50th time for saying that,” Scaramucci said.

While Scaramucci on Friday said his primary goal is to promote the president’s agenda, it appears as though he has a surprising history of statements that appear to be at odds with Trump’s policies and Republican orthodoxy. We’ve unearthed some past cable news footage and social media postings to provide some context to the new hire:

He wanted an “incredibly competent” Hillary Clinton to run for president:

He backed Jeff Sessions’ decision to recuse himself from the Russia investigations:

AG Jeff Sessions is a stand-up guy. He's always said he would recuse himself from any case in which his impartiality could be questioned. pic.twitter.com/Pd7TM6e27R

He once attacked Trump for being “anti-American” and “another hack”:

My 74 year old Italian Mom just told me she is for gay marriage. I am very proud of her!

One more point: I support the Gay Rights Movement and I am an active proponent of equality. https://t.co/IkJ6UXS0J8

He opposes the death penalty:

Good point. Which is way I will always and forever be against the death penalty. https://t.co/yYZTeBFwRF

This is true. The death penalty is never fairly administered. I studied the issue in law school and it is bad law. https://t.co/iZf2xdwsCc

He believes in climate change:

He sees Russia as an adversary:

Last year a true statesman @mittromney said that Russia was a legitimate threat to our interests. Anyone questioning that now?

He has expressed support for increased gun control:

It remains to be seen how Scaramucci plans to square these stances with his professed love for Trump’s “mission.”