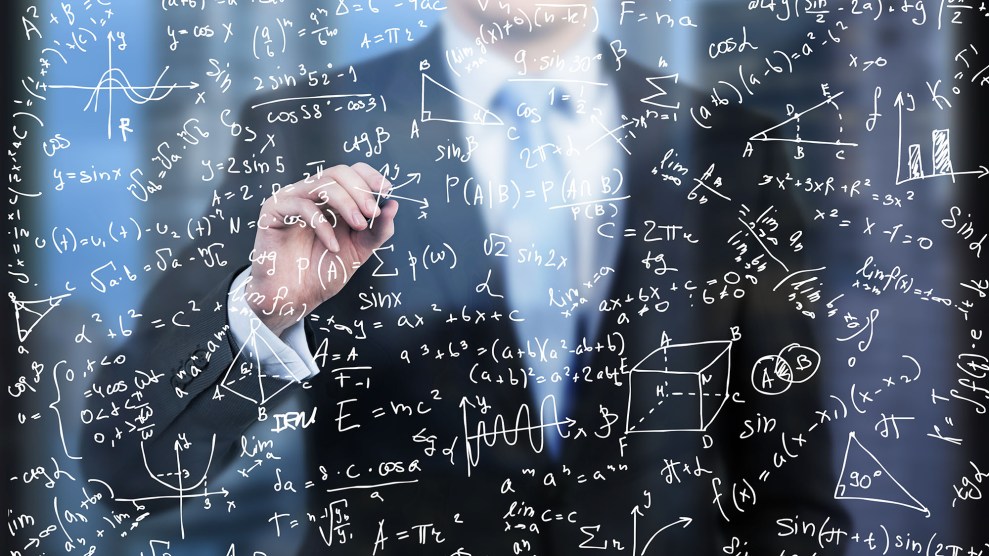 There’s something different about the crop of Democrats running for Congress in 2018. As in previous years, the party has recruited a small army of veterans in high-profile races and in Republican-held districts. There are loads of state legislators, business owners, and government officials.

But the candidates also include a volcanologist who’s worried that her favorite research spot will be opened up for development; an aerospace engineer who’s running against the climate-denying head of the House Science Committee; a pediatrician who spends part of the year treating leprosy patients in Vietnam; and a physicist who worries what budget cuts would mean to the federal research facility where she spent her career.

All told, more than a dozen Democratic candidates with science backgrounds have announced their candidacies for Congress or are expected to in the coming months. The boomlet of STEM-based candidates amounts to a minor seismic event in a community where politics and research have traditionally gone together like sodium and water. Trump has been in office just six months, but he’s already done something remarkable—he’s gotten scientists to run for office.

The surge of science-based candidates has been aided by a new political outfit called 314 Action, launched last summer by Shaughnessy Naughton, a breast cancer researcher from Pennsylvania who ran for Congress in 2014 and 2016 . The group, named for the first three digits of Pi, aims to do for candidates with scientific backgrounds what EMILY’s List has done for pro-choice women—funding, recruiting, and training candidates at every level of government. So far 6,000 scientists have reached out to the group about running for federal, state, and local offices; and 314 plans to also back candidates in three dozen school board races this fall. Washington has plenty of lawyers; maybe it’s time for a fresh experiment.

“Traditionally the attitude has been that science is above politics, and therefore scientists shouldn’t get involved in politics, and what that ignores is the fact that politicians are unashamed to meddle in science,” says Naughton. “The way we push back against that is to hold a seat at the table.”

The ranks of scientists in Congress have been thin in recent years. Rep. Bill Foster (D-Ill.) was a high-energy particle physicist at Fermi National Laboratory in the district he now represents. Until recently the dean of the bunch was Democratic Rep. Rush Holt of New Jersey, an astrophysicist who retired in 2014 and now serves as CEO of the American Association for the Advancement of Science. The only STEM field that’s well represented in Congress is medicine; there are 14 physicians between the House and the Senate, but most are Republicans who have shown more of a commitment to conservative dogma than scientific best practices. (Former Georgia Republican Rep. Paul Broun, a doctor, infamously referred to evolutionary biology as a lie “from the pit of hell.”)

“Traditionally the attitude has been that science is above politics, and therefore scientists shouldn’t get involved in politics, and what that ignores is the fact that politicians are unashamed to meddle in science.”

One result of the dearth of scientists has been a Congress that is often ignorant of the scientific perspective, not just on obvious issues like climate change—Texas Rep. Lamar Smith, the chair of the House Science Committee has called it a myth propagated by “so-called, self-professed climate scientists” and subpoenaed emails from government-funded climatologists—but on virtually every subject that comes up.

“When the Help America Vote Act was passed after the 2000 election, nobody thought that was a science issue—who thought anybody would hack election computers?” Holt says. “Right from the start, I said, ‘Hey, wait a minute, you passed a bill that encouraged jurisdictions all over the country to move to electronic voting machines that are simple, easy to use, and completely unverifiable. If you had cleared that with some computer scientists before writing the bill, you would have realized that having unauditable elections is not smart.’”

In some sense scientists were victims of their own success. The growth of government-funded science over the last half century through everything from the National Institutes of Health to the Defense Advanced Research Projects Agency (DARPA) has helped thousands of researchers carve out careers. But it has also incentivized scientists to put their heads down and keep quiet, lest they jeopardize that funding.

“On average, scientists are not particularly outgoing and are psychologically not conditioned for this sort of thing,” Holt says. But just as importantly, “the entire rewards system of science doesn’t encourage social or political involvement.” Getting more scientists in the House requires knocking down their preconceptions about how people in STEM should approach public life.

One reason for the political awakening is Trump himself. Even before taking office his transition staff roiled the scientific community when it asked the Department of Energy for a list of staffers who had worked on global warming; the anticipated purge never materialized, but the Trump DOE has issued guidelines instructing employees not to use terms like “emissions reductions” and even brags on its agency Twitter account that Secretary Rick Perry is winning the “fight” with climate scientists. Environmental Protection Agency director Scott Pruitt has jettisoned dozens of members of his agency’s scientific advisory board.

Trump has defied scientific consensus on anthropogenic climate change and placed unqualified friends and allies in charge of departments responsible for doling out billions in funding. His proposed travel ban would bring the hammer down on international researchers. And he has called for steep budget cuts that would more than decimate research budgets and send scientists looking for new sources of funding or risk abandoning their projects. And all that is just six months in.

Jess Phoenix, a volcanologist seeking the Democratic nomination in the Southern California district represented by Republican Steve Knight, decided to run when she saw that the public lands where she’s done much of her research were at risk of losing their protections in the Trump era.

Phoenix has traveled around the world studying lava flows, but “it’s fair to say the Mojave is where I fell in love with science,” she says. Her first research project was in Death Valley National Park, and she runs an educational nonprofit for grade-school students that’s based in the Mojave National Preserve. The newly created Mojave Desert National Monument was among several dozen sites being reviewed by Interior Secretary Ryan Zinke for delisting or possible downsizing.

Like Phoenix, many of the science candidates are running in districts with a high percentage of voters with college degrees. Elaine DiMasi, a physicist who is on leave from Brookhaven National Laboratory, is preparing to run against Long Island Republican Lee Zeldin. Jason Westin, an oncologist and researcher at Houston’s MD Anderson Cancer Center, is running against Texas Republican Rep. John Culberson in part because he’s worried about what NIH cuts would mean for him and his colleagues. Stem-cell scientist Hans Keirstead is the leading challenger to take on longtime Orange County Rep. Dana Rohrabacher, whose district was carried by Hillary Clinton last fall. Joseph Kosper, an aerospace engineer and Army veteran, is one of eight Democrats running against Lamar Smith in a district that includes the University of Texas. All four of those challengers have been in talks with 314 PAC.

In June, not long after her Republican congressman, Ed Royce, voted to repeal the Affordable Care Act, California pediatrician Mai-Khanh Tran switched her office hours to part-time and announced she was running for his Orange County seat.

“I felt like my heart was gripped by this overwhelming pain,” says Tran, who spends part of her year treating lepers in her native Vietnam. “But I went to work and one of the first patients I saw in the office was a patient with a very severe illness—she had a brain tumor.” The girl’s mother, who worked at a nail salon, had been able to get health insurance through a subsidy provided by the Affordable Care Act. “We were hugging each other, crying—we really thought that our lives and a lot of our patients would be affected very soon. I didn’t realize how soon.”

Trump’s election was an energizing moment for Tran not just because of her place in the health care system, but because in addition to being a pediatrician and leprosy researcher, Tran is also a refugee.

She left Vietnam when she was nine on one of last “Orphan airlift” flights out of the country before the United States evacuated Saigon. Her father had dropped Tran and two siblings off at an orphanage because it offered the best chance of survival. (They would later reunite in Oregon.) “I kept thinking, ‘What on Earth is he wearing sunglasses for?’” she said of their parting. “’He’s such a proper man, why is he wearing sunglasses?’ And it dawned on me years later that he didn’t want us to see him cry.”

Tran’s flight was filled with orphans and handicapped children. When they finally landed she remembers being carried off the plane by a Marine; the nature of her arrival in the country was formative in her decision to get into medicine but also in her political outlook.

“When I see that picture of that little Syrian boy, I remember thinking I was just as scared as he was once,” she said, referring to the now-iconic photo of Omran Daqneesh sitting dazed and bloodied in the back of an Aleppo ambulance. “I don’t know why I was any more deserving of being in this country.”

Tran has a head of steam in Royce’s Southern California district. In July, she picked up the endorsement of EMILY’s List. But in a sign of the changing currents in her field, she isn’t even the only scientist in the Democratic primary to take on Royce. To get to the general election, she first has to get past a group of challengers that includes Phil Janowicz, a former Cal State Fullerton chemistry professor who left his job at the education company McGraw-Hill the morning after the election to begin planning for his campaign. Like Tran, Janowicz has been in touch with 314; he flew to DC in April for the group’s first candidate training. His slogan: “Solutions for Congress.”