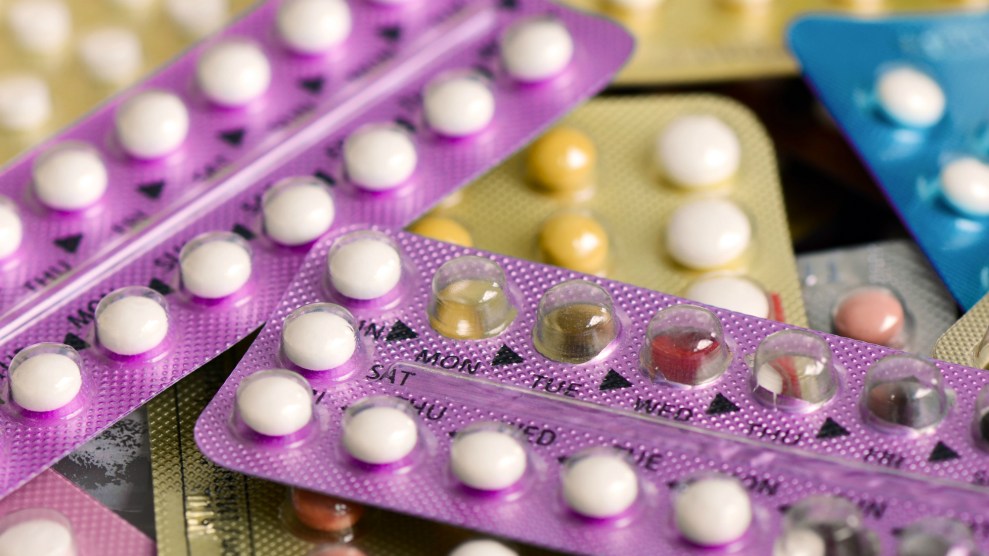 As several media outlets reported last week, in a 17-13 vote along party lines, Democrats in the Oregon Senate passed the Reproductive Health Equity Act, a multifaceted measure that requires health insurers to cover a range of reproductive health services—including abortions and contraception, prenatal and postnatal care, and screenings for cancer, sexually transmitting infections, and gestational diabetes—at no cost to patients, no matter their income, citizenship status, or gender identity. (The legislation does include an exemption for religious employers that object to providing abortion and contraception coverage.) Should Roe v. Wade be overturned, the measure also prepares to insulate the state from repercussions by codifying a woman’s legal right to an abortion in the state. The bill now heads to the desk of Oregon Gov. Kate Brown, a Democrat with a record of supporting reproductive rights.

The legislation was the result of a collaboration between state lawmakers and the Pro-Choice Coalition of Oregon, a collective of local reproductive rights advocates, community organizations, and racial and gender justice groups. Those involved say that while the move to provide reproductive health care—particularly abortion—at no cost is a significant step on its own, the Reproductive Health Equity Act is important not only because of the services it provides, but for who is eligible to receive them. As Mother Jones reported in January, the legislation seeks to address long-standing and often overlooked disparities in reproductive health care access by explicitly removing barriers that affect low-income, undocumented, and transgender and gender-nonconforming people’s ability to access coverage.

“For too long, marginalized communities have been left behind” Amy Casso, the gender justice program director of Oregon’s Western States Center, one of the groups in the coalition, said in an emailed statement. “No one should have to go bankrupt or deep into debt because they don’t have affordable reproductive health care.”

The Reproductive Health Equity Act was in the works prior to the 2016 election, but its passage places Oregon into a larger trend of states fighting to protect reproductive rights from the Trump administration. In June, Nevada passed a law requiring insurers to provide a 12-month supply of birth control all at once and with no co-payment; similar legislation has recently been adopted in Colorado and Washington. In Delaware, a measure protecting abortion rights even if federal law changes was sent to the governor’s desk. Proactive measures have also been introduced in Virginia, New York, and other states, and on July 1 Maryland enacted a new law that will allow Planned Parenthood clinics in the state to remain funded even if congressional Republicans succeed in defunding the organization.

“The groups that were advocating for this bill went forward with arms linked and said, ‘We need to pass this bill as is, and we need to address all of these inequities at the same time.'”

According to the Guttmacher Institute, the number of proactive reproductive rights measures introduced in statehouses has increased markedly, with more than 400 measures introduced during the first few months of 2017. Grayson Dempsey, the executive director of NARAL Pro-Choice Oregon, another group in the Pro-Choice Coalition, describes the Oregon measure as “historic” and points to “its definition of what it means to be truly equitable in access to reproductive health care.” Dempsey says that while some lawmakers suggested that the legislation had a better chance of passage as a series of separate bills, it was important to pass one comprehensive measure. “The groups that were advocating for this bill went forward with arms linked and said, ‘We need to pass this bill as is, and we need to address all of these inequities at the same time.'”

Many states, including Oregon, have pointed to the potential effects of a repeal of the Affordable Care Act’s birth control mandate as a catalyst for action. Should the Oregon measure become law and the ACA get repealed, “people in Oregon will still be able to access those essential health benefits,” Oregon Rep. Julie Fahey (D), a sponsor of the measure, told the Hill earlier this month.

Previous efforts in 2015 to pass reproductive health care legislation stalled in the state Legislature because of provisions supporting abortion coverage, a politically controversial issue that Oregon Democrats have avoided addressing directly.  “I think in other times, there may have been the feeling that we can kick this can down the road, or we could wait,” Dempsey says. But, “fear from Trump’s appointees to the Supreme Court and the attacks on the ACA have made this even more important now.”

In the new political climate, Democrats were unwilling to strip out abortion-related provisions, drawing the frustration and ire of their Republican colleagues who warned that Oregon could become “a sanctuary state for federally illegal, taxpayer subsidized abortion,” as Oregon Sen. Dennis Linthicum, a Republican, said, according to the Associated Press. “We should not be showering politically well-connected abortion clinics with political gift cards under the guise of ‘equity.'”

But for the legislation’s supporters, Oregon’s new measure is a powerful and necessary statement that reaffirms the importance of reproductive health care. “Oregon has always been a leader in health care policy and reproductive health and rights,” Dempsey says. “Being able to show that despite what’s happening at the federal level we still have an opportunity to [not only] protect what we have but push forward and expand [on reproductive rights] was really important.”