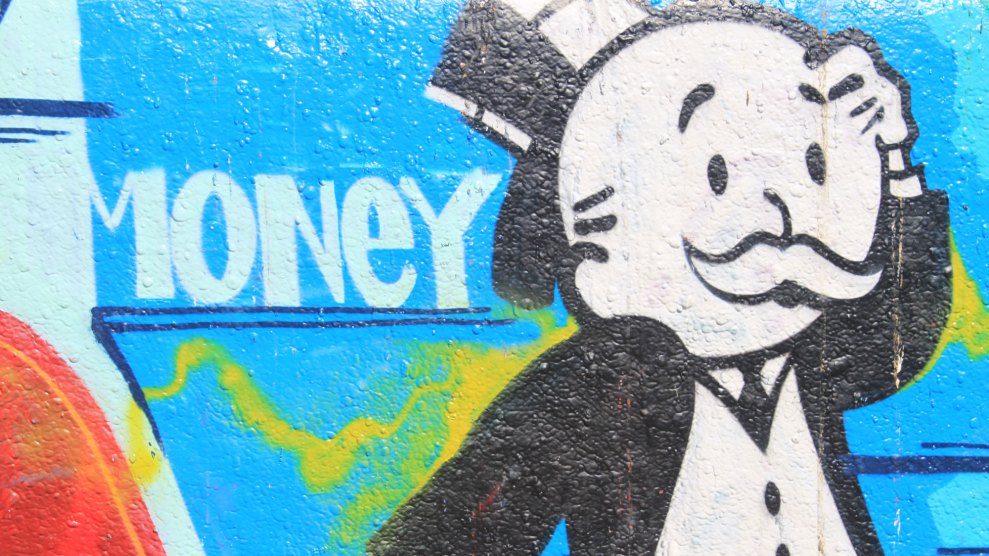 When Vox‘s Jeff Stein reported late last week that Democrats had, at long last, unified around a message for 2018—”A Better Deal: Better Skills, Better Jobs, Better Wages”—the immediate reaction was almost universal mockery. “The Democrats’ new message shows they’ve learned nothing from the 2016 campaign,” thundered Mic. The Washington Free Beacon (and seemingly everyone else) noted that the second half of the slogan sounded suspiciously like the Papa John’s motto: “Better Ingredients, Better Pizza, Papa John’s.”

Congressional Democrats have made good punching bags over the last seven months because they’ve been largely powerless to stop President Donald Trump’s bumbling agenda, but slogans are mostly trivia; what matters is what the Democrats plan to do. And on Monday, Senate Minority Leader Chuck Schumer (D-N.Y.) unveiled the economic agenda his party aims to run on next year. While much of what he is promising is not exactly new (even the ill-fated Clinton–Kaine expedition ran on a promise of better skills, jobs, and wages), Schumer’s message is strikingly aggressive in one key area: drawing a direct line between the struggles of the working class and the increasingly monopolistic growth of the country largest corporations:

Right now, there is nothing to stop vulture capitalists from egregiously raising the price of lifesaving drugs without justification. We’re going to fight for rules to stop prescription drug price gouging and demand that drug companies justify price increases to the public. And we’re going to push for empowering Medicare to negotiate lower drug prices for older Americans.

Right now our antitrust laws are designed to allow huge corporations to merge, padding the pockets of investors but sending costs skyrocketing for everything from cable bills and airline tickets to food and health care. We are going to fight to allow regulators to break up big companies if they’re hurting consumers and to make it harder for companies to merge if it reduces competition.

Did you hear that? That’s the sound of Elizabeth Warren tightening her grip on the Democratic Party.

Breaking up monopolistic corporations has not been a big talking point for party leaders over the last decade, even in the wake of the financial crisis and the Great Recession that got even Paul Ryan talking about “income inequality.” The idea was central to the message of people like Warren, Sen. Bernie Sanders of Vermont, and former New York congressional candidate and progressive favorite Zephyr Teachout, but an afterthought to the party writ large. In the aftermath of the election, however, as party leaders wrestled with whether to commit themselves to a more populist agenda, there has been a steady drumbeat of anti-monopoly policies, as ably chronicled by Matt Stoller, a fellow at the liberal New America Foundation, in an essay for the New Republic calling for Democrats to return to their “trust-busting roots”:

In the current climate, Democrats oppose antitrust measures at their own peril. During a recent debate over the budget resolution, [Minnesota Sen. Amy Klobuchar] and Bernie Sanders introduced a proposal to allow the importation of prescription drugs, a measure designed to introduce competition into the pharmaceutical marketplace and reduce prices. Several Democrats, including Senator Cory Booker, worked with the Republicans to vote the measure down. Grassroots reformers responded by sending out email alerts, and Booker was deluged by comments from angry voters. A month later, Booker and Sanders proposed a joint bill to allow prescription drug imports.

That Schumer, the archetypal corporate-friendly Democrat, would ape the language of Warren, Sanders, and Teachout suggests that at least on this front, the populists have won the argument. Teachout, for her part, seemed to recognize the significance of the language:

This is really exciting, big news: The Democratic Party puts taking on corporate monopolies at the center of the Democratic platform!

Democrats have earned the skepticism they face after big losses in three of the last four national elections, and, tautological though it may sound, they won’t shake their loser tag until they actually start to win. But maybe you really can teach an old donkey new tricks.