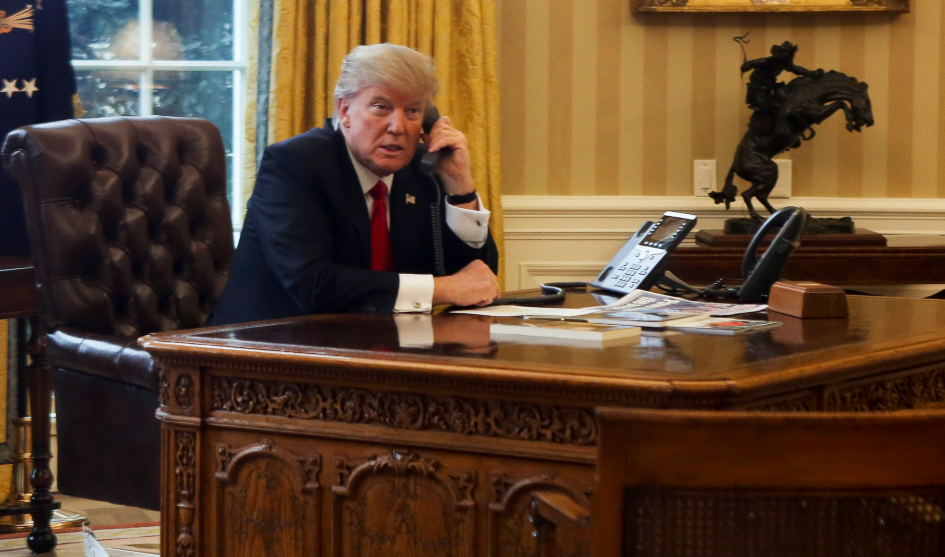 President Donald Trump kicked off his presidency with two alarming phone calls with the leaders of Mexico and Australia—longtime allies of the United States—in which he threatened to invade Mexico unless the country acted to stop the “bad hombres down there” and accused Australia of sending the “next Boston bombers” to the United States. The confrontations immediately deepened anxieties over how the president conducts himself with world leaders and carries out foreign policy.

Nearly four months after some details of the calls were first reported, the Washington Post on Thursday obtained the full transcripts of both conversations, with Trump emerging even more unhinged in his interactions with the two leaders than previously known. The transcripts also reveal the president to be obsessed with the public perception of his policies, all but ignoring the actual substance of them.

Here are some of the key moments:

“You cannot say that to the press. The press is going to go with that, and I cannot live with that.”

Trump called the border wall “the least important thing we are talking about, but politically this might be the most important.”

“On the wall, you and I both have a political problem. My people stand up and say, ‘Mexico will pay for the wall,’ and your people probably say something in a similar but slightly different language.”

“I have to have Mexico pay for the wall—I have to. I have been talking about it for a two-year period.”

“This is going to kill me. I am the world’s greatest person that does not want to let people into the country. It makes me look so bad and I have only been here a week.”

“Does anybody know who these people are? Who are they? Where do they come from? Are they going to become the Boston bomber in five years?”

“I hate taking these people. I guarantee you they are bad. That is why they are in prison right now. They are not going to be wonderful people who go on to work for the local milk people.”

“We have a massive drug problem where kids are becoming addicted to drugs because the drugs are being sold for less money than candy. I won New Hampshire because New Hampshire is a drug-infested den.”

Trump ending his call with Turnbull by praising Vladimir Putin:

“Putin was a pleasant call. This is ridiculous.”