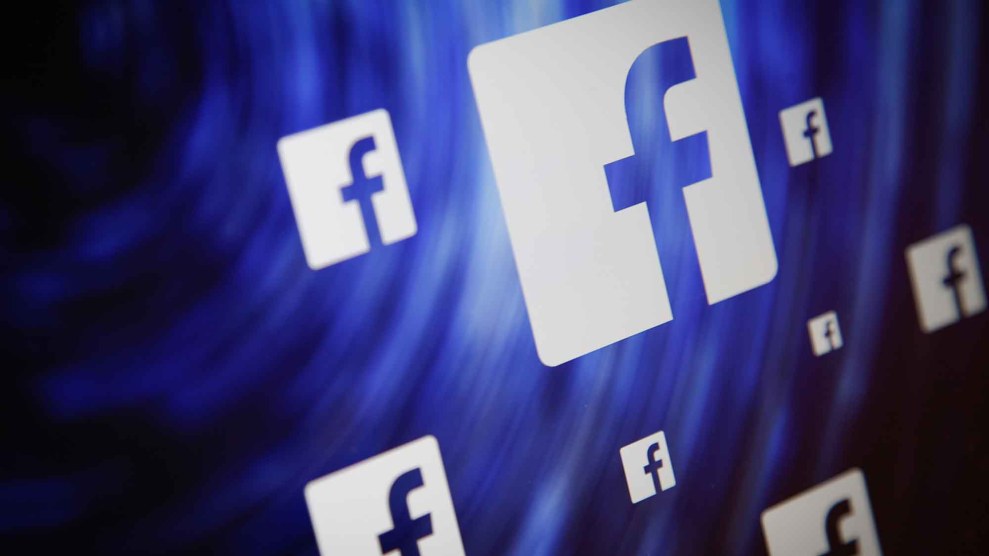 Facebook is feeling the heat this week as further details emerge on Russia’s use of its platform to monkeywrench America’s electoral process—the sowing of disinformation and political discord via six-figure ad buys, fake events pages, and Kremlin-sponsored trolling operations.

On Tuesday, the leaders of the Senate Select Committee on Intelligence said they may haul company execs in front of the committee to explain Facebook’s revelation that “inauthentic accounts” linked to Russia purchased political messenging ads during the 2016 campaign. “Now that we’ve opened up this avenue of social media, it’s of great interest for us to get a full accounting from everyone who operates in the space if in fact foreign money found its way in to finance any of the efforts on social media,” Sen. Richard Burr (R-N.C.), the committee chairman, told the Wall Street Journal. Sen. Mark Warner (D-Va.) added that he questions “whether Facebook has put near the amount of resources they need into getting us all the facts.”

Among other omissions, Facebook did not reveal where the Russia-linked ads appeared or detail any of the specific ad content.

On September 6, Alex Stamos, Facebook’s chief security officer, revealed in a post that the company had “found approximately $100,000 in ad spending from June of 2015 to May of 2017—associated with roughly 3,000 ads—that was connected to about 470 inauthentic accounts and Pages in violation of our policies.” The company’s analysis “suggests these accounts and Pages were affiliated with one another and likely operated out of Russia.” Facebook has shut down the accounts and “shared our findings with US authorities,” Stamos wrote. But while he said roughly a quarter of the ads were geographically targeted and gave examples of the general subject matter—guns, LGBT issues, etc—Stamos did not reveal where the the ads actually appeared or detail any of their specific content.

Although $100,000 may not sound like a lot, The Daily Beast reported that the Russia-linked ads—which it said demonized Hillary Clinton and stirred up controversial election topics such as illegal immigration and Muslim extremism—may have reached up to 70 million people and gotten hundreds of millions of “impressions.” The bogus accounts didn’t just buy ads, the Beast revealed, they also created events pages to organize rallies and urge Americans to protest in the streets.

In a development that jibes with the plot of the latest season of Homeland, a New York Times investigation presented evidence that thousands of fake accounts posing as everyday Americans may have been used to spread anti-Clinton messages on Facebook and also Twitter—a platform that has its own problems with disinformation, as Mother Jones reported in April.

Since the election—if not earlier—it has been clear that Facebook was central to Russia’s efforts to hijack the election. And there have been numerous reports detailing other failings—the rampant use of Facebook as a fake-news platform by profit-seeking Macedonians, for instance, and the company’s tendency to create political echo chambers for legitimate users.

In November, CEO Mark Zuckerberg said it was “crazy” to think fake news on Facebook had affected the election.

Amid heavy criticism, Facebook has taken modest steps. In April, it published a white paper on its perceived role in information operations and its efforts to address the problems. In November, after saying it was “crazy” to conclude that fake news on Facebook had affected the outcome of the election, CEO Mark Zuckerberg announced that his company would work with outside fact-checking groups to help it flag misleading items.

But some of those fact checkers are already frustrated because they feel the company hasn’t been transparent enough—even with them: “I would say that the general lack of information—not only data—given by Facebook is a concern for a majority of publishers,” Adrien Sénécat, a journalist at Facebook fact-checking partner Le Monde, told Politico.

Facebook’s attempts to redeem itself, writes BuzzFeed‘s Ben Smith, may be too little, too late: “The company was pleased as recently as 2014 to be seen as a major political player,” Smith notes. “Back then, it was eager to work on a project sharing sentiment data. I wrote a piece announcing the partnership and predicting that Facebook would ‘replace television advertising as the place where American elections are fought and won.’ That was exactly what happened, and it is viewed by many as a disaster.”