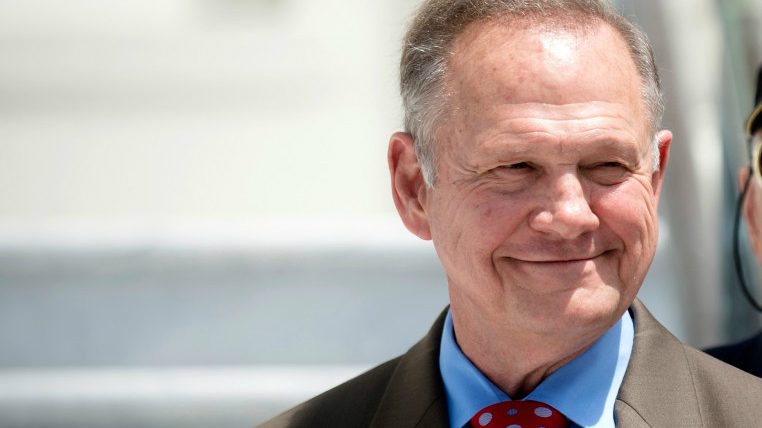 Luther Strange and Roy Moore—the Republican candidates vying for Attorney General Jeff Session’s former Senate seat—took the debate stage in Montgomery, Alabama, Thursday night, in the final event before Tuesday’s primary runoff. Moore, an ultra-conservative former judge, attacked Sen. Strange, who has been holding the seat since February, throughout the debate as being the establishment candidate, having been endorsed by President Trump and supported by the super PAC aligned with Senate Majority Leader Mitch McConnell. Luther got in a few jabs, but Moore really owned the night.

Though the debate went off the rails early. In what was perhaps the most attention-grabbing portion of the evening, Moore, as a Westpoint grad and Vietnam vet, emphasized his desire for a strong military before going on to explain his plans for the economy and to lament the fact that “crime, corruption, immorality, abortion, sodomy, sexual perversion sweep our land”:

Moore: I agree with Trump's stance against transgender service members. I know what it feels like to go to war. @WVTM13

Roy Moore points to Strange’s reversal on filibuster rule: “He’ll do anything to get his job That’s called lack of character.” #ALSEN debate

Moore: I believe whatever happens, whether it is for you to win or me to win, is God’s will. #alpolitics

Moore: I'm very happy that President Trump is our commander in chief. I think he understands a little bit about the military.