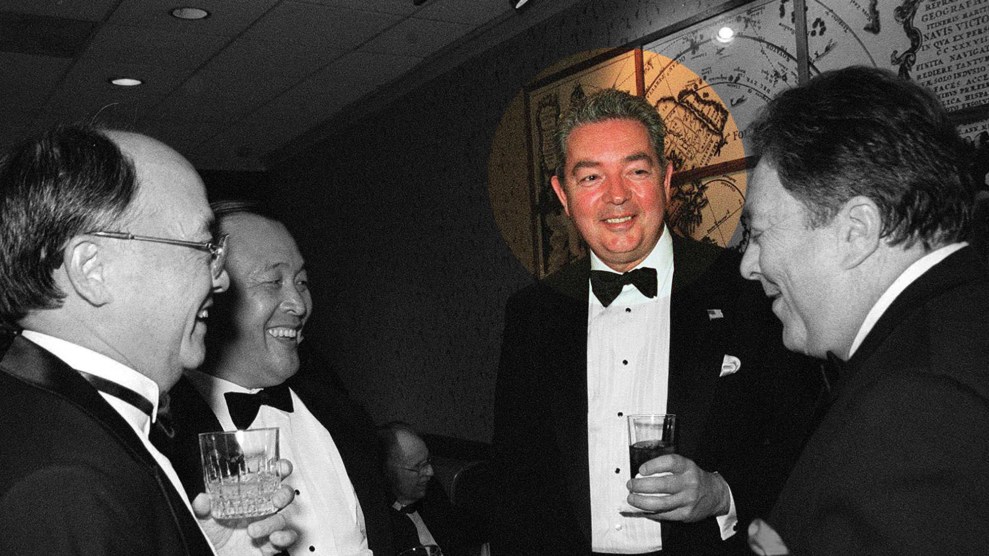 When I set out to write about Sinclair Broadcast Group, the conservative TV juggernaut I report on in the new issue of Mother Jones, the person I hoped to gain a better understanding of was the man behind Sinclair’s rise, executive chairman and former CEO David Smith. He sits atop a multibillion-dollar media empire. He rarely grants interviews these days. I decided to email him directly.

Smith wrote back after just three minutes. “Given your sites [sic] bent I see no point in chatting,” he replied. “Best, David.” Despite the brush-off, I continued to email Smith seeking an interview—and he continued to respond. Our exchanges were brief, but they ended on a revealing note, offering a peek into the mind of a media mogul with vast influence over the most trusted form of news in the US.

From the 1980s to the present, Smith and his three brothers built their small family company into the largest owner-operator of TV stations in America. Sinclair’s 193 stations span the country, beaming into 2 out of every 5 households. The company’s reach will almost double if the Federal Communications Commission approves a $3.9 billion merger between Sinclair and Tribune Media. The deal would give Sinclair footholds in New York, Los Angeles, and Chicago—the country’s three largest media markets.

As I report in my new Sinclair investigation, media experts on the left and right argue the Sinclair-Tribune deal, if approved, would give Smith’s company a reach—a whopping 72 percent of all homes with a TV—that far exceeds the federal limit. And there is growing concern that Sinclair will use the new stations to expand its practice of injecting conservative, pro-Trump commentary into the local news that tens of millions of people rely on and trust.

There were many subjects I wanted to ask Smith about, but he didn’t want to talk.

A few days after my first email, I sent him a lengthy list of fact-checking questions. He again declined to comment. When I voiced my disappointment to him, his reply was biting: “Lets be real. You’re not disappointed because you had no expectations.”

I wrote back to say that yes, in fact, I was disappointed, that I’d always hoped to interview him. What are you trying to do with Sinclair? I wanted to ask. Build a rival to Fox News? Swallow up the local broadcast industry? What is it you want? Those questions loom over every account of Sinclair Broadcast Group’s rapid growth. I have my theories—you can read them in my story—but to a large degree, those questions remain unanswered.

Smith’s next email didn’t touch those questions. But it did offer an illuminating peek at how this powerful TV mogul perceives the rest of the media:

“With all due respect, [in] my 40+ years of being in the media, I can tell you I have not seen one article written by the print or internet that was even remotely honest.”

I can only assume he meant articles about him and Sinclair. But even then, it’s a pretty remarkable statement. I’ve read hundreds and hundreds of news articles about Sinclair published in newspapers, blogs, trade journals, and other venues. I can assure you that there have been plenty of down-the-middle, sometimes favorable, occasionally flattering stories on Smith and Sinclair. (Here’s an obvious candidate. Here’s another. Here’s another.) Yet in Smith’s view, there hasn’t been a single “even remotely honest” story about him or his company in 40 years.

I would’ve asked Smith more, but this was the end of our correspondence. He said he’d read the Mother Jones website and that that “only reaffirms my belief that I have no reason to chat.” He was done talking, and so he signed off: “Have a nice day.”