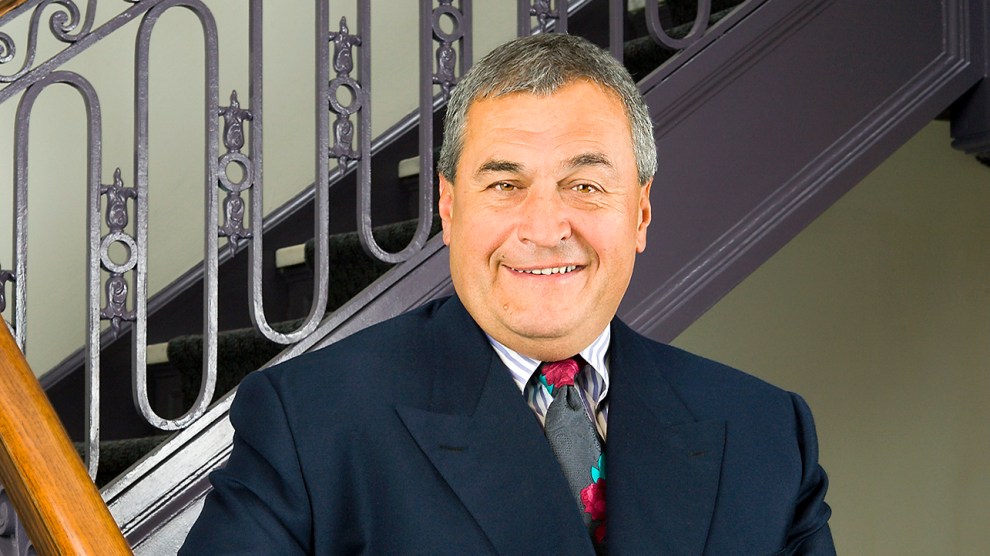 The Podesta Group, a Washington lobbying and public relations company known for its ties to Democrats, is among several firms that worked with former Trump campaign chairman Paul Manafort on a multi-year effort to boost the standing Viktor Yanukovych, the pro-Russian president of Ukraine who was later forced from office by a 2014 uprising. Tony Podesta is the brother of Hillary Clinton’s former campaign chairman, John Podesta. Due to their work for Ukraine, Podesta and Mercury LLC, another prominent lobbying firm, already faced scrutiny in the Russia probe. But the NBC report suggests Mueller’s focus on at least Podesta has escalated. The NBC report does not say why the firm and Tony Podesta himself are now subjects in the probe, as opposed to witnesses providing information.

The news shows how Mueller’s sprawling investigation into potential coordination between the Trump campaign and Russia has put pressure on well-heeled DC lobbying firms and highlights their often lax compliance with the Foreign Agents Registration Act (FARA), a law requiring lobbyists who work for foreign governments to file reports with the Justice Department detailing their activity.

Prior to joining the Trump campaign, Manafort provided consulting and lobbying work for a number of authoritarian figures. Those included Yanukovich’s Party of Regions, for whom Manafort helped set up a nonprofit organization called the European Centre for a Modern Ukraine. Through that organization, Manafort hired the Podesta Group and Mercury LLC to do public relations and lobbying work aimed at shielding Yanukovych from international condemnation for actions such as jailing political rivals.

This summer, the Podesta Group received multiple subpoenas from Mueller related to their work with Manafort, Mother Jones confirmed. The subpoenas focus on the origin of payments that the firm received through Manafort. Mueller also required that both Tony Podesta and Vin Weber, the former GOP congressman who heads Mercury, appear personally before a grand jury Mueller has convened in Washington, the New York Times reported. CNN reported last month that both firms were under Justice Department investigation from 2014 to 2016 in connection with a probe into Manafort’s lobbying and other activities. That report said the investigation was briefly halted but that the FBI ultimately renewed its focus on Manafort as part of the broader investigation into possible collaboration between the Trump campaign and Russia. The Podesta Group has said it is cooperating with the Justice Department.

Manafort was ousted as chairman of the Trump campaign in August 2016 after the Associated Press reported on his work for Yanukovych and others. FARA requires firms to register their work for a foreign company or other entity if the work primarily benefits a foreign government or foreign political party. Podesta, Mercury, and Manafort’s firm, DMP International, did not initially register under FARA because their work was nominally for the European Centre for a Modern Ukraine, a nonprofit organization. But as Mueller’s investigators scrutinized his work, Manafort retroactively filed paperwork saying his lobbying on behalf of the organization benefited Yanukovych’s party. Both Podesta and Mercury also filed retroactively. In its filing, the Podesta Group claimed the Centre’s executive director had provided the firm with written certification that “none of the activities of the Centre are directly or indirectly supervised, directed, controlled, financed, or subsidized in whole or in major part by a government of a foreign country or a foreign political party.” Mercury made an identical assertion.

The retroactive filings suggest the firms no longer accept the accuracy of the written certifications they received and now assume the Centre was controlled by Yanukovych’s Party of Regions. Neither firm appears to have conducted significant due diligence to check the veracity of the certification it relied on. In response to inquiries, neither firm would describe its vetting process or say if it had altered its FARA compliance practices after being forced to retroactively disclose its work for Yanukovych. The Podesta Group and Mercury did not respond to inquiries on Monday.

Last month, the Justice Department also asked Skadden, Arps, Slate, Meagher & Flom, a large New York-based law firm, for information about its own work on behalf of Yanukovych’s government, the Times reported. Skadden was paid to produce a report that defended as legitimate the arrest of Yulia Tymoshenko, a former Ukrainian prime minister—though the prosecution was widely condemned as politically motivated. Skadden set up a special bank account to receive payment for the work, a step that has drawn notice from investigators in Ukraine and the United States. Skadden has not registered under FARA, contending that none of its attorneys did work that required registering.