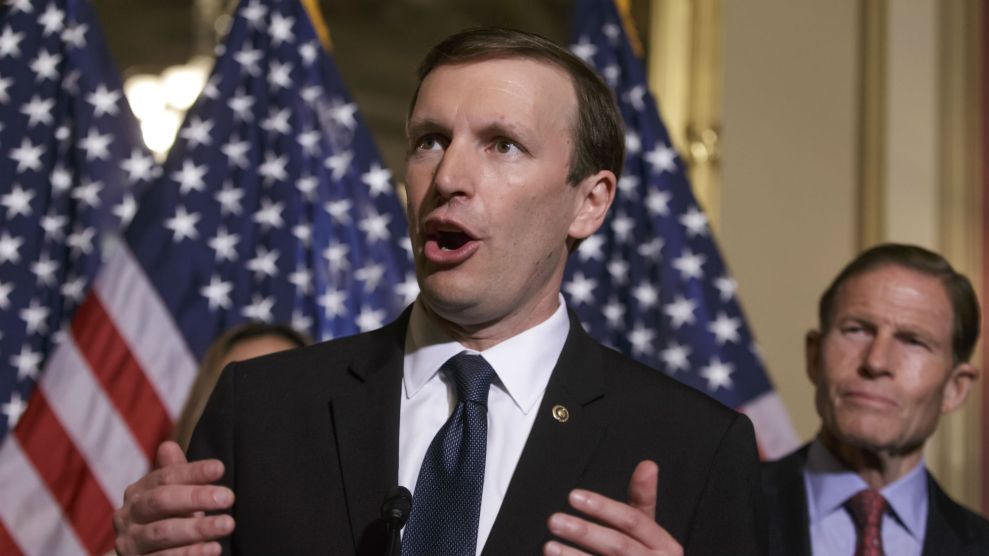 Politicians across the country are demanding action to curb gun violence after the largest mass shooting in modern American history left more than 50 dead at an outdoor country music concert in Las Vegas on Sunday night.

“Thoughts and prayers are NOT enough,” Sen. Elizabeth Warren (D-Mass.) tweeted. “Tragedies like Las Vegas have happened too many times.”

Tragedies like Las Vegas have happened too many times. We need to have the conversation about how to stop gun violence. We need it NOW.

President Donald Trump condemned the shooting as an act of “pure evil” in a White House statement Monday. “We cannot fathom their pain, we cannot imagine their loss,” he said of the victims. At a press briefing, White House Press Secretary Sarah Huckabee Sanders called the shooting an “unspeakable tragedy” but said that it was “premature” to discuss gun control policies without knowing more facts about the shooting.

“There’s a time and place for a political debate, but now is the time to unite as a country,” Sanders said.

Politicians on both sides of the aisle expressed support for the victims of the shooting, but many also called for action beyond condemnations and prayers.

None of us should fall back on justifications, blame, or tweeted thoughts and prayers and think we’ve done enough to keep our families, friends and neighbors safe.

“We can’t and shouldn’t sit by as innocent Americans suffer rampant gun violence that is unmatched in any other country in the world,” Sen. Patty Murray (D-Wash.) tweeted. “Many people may be saying now is not the time to talk about gun safety, but like so many moms and dads in our country, I want to know—if not now, when?”

We are not powerless against such evil. We must take common sense, widely supported, steps to reduce such violence, agony and grievous loss.

Sen. Chris Murphy (D-Conn.), a staunch advocate of gun reform, blasted Congress for inaction. “It is positively infuriating that my colleagues in Congress are so afraid of the gun industry that they pretend there aren’t public policy responses to this epidemic,” he said in a statement. “It’s time for Congress to get off its ass and do something.”

To my colleagues: your cowardice to act cannot be whitewashed by thoughts and prayers.

None of this ends unless we do something to stop it.

These are weapons intentionally designed to kill as many people as efficiently as possible. Why is anyone shocked this keeps happening?

See some of the other responses to the Las Vegas below:

As after #Orlando, I will NOT be joining my colleagues in a moment of silence on the House Floor that just becomes an excuse for inaction.

Now is not a moment for silence; it's a time for action.

It is long past time for Congress to take action on gun safety to save innocent lives.

Thoughts & prayers with victims of this horrific act & their families.

In this tragic moment, I encourage all Americans to stand together in solidarity to support the Las Vegas community and all those effected. pic.twitter.com/HMXEsm3w59

Lawmakers also discussed the shooting on the Senate floor. You can follow the debate here: