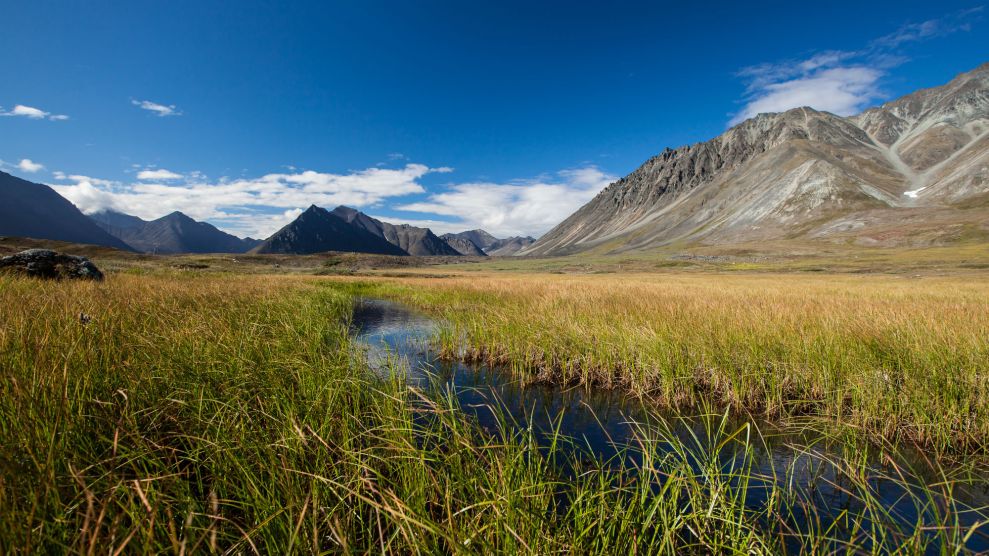 The Arctic National Wildlife Refuge—recognized for its picturesque vistas and wildlife—has been a battleground for Democrats and Republicans for years. The 20-million-acre park sits above large oil and gas reserves, which Republicans, including Sen. Lisa Murkowski (R-Alaska), have eyed as a huge source of revenue for the state. Several efforts to allow drilling over the past 40 years have been blocked by Congress or by presidential vetoes, but the fate of the refuge now hinges on an unlikely fulcrum: the Republican’s latest tax bill.

Within the folds of the tax bill is a little-know drilling measure, which would allow for gas and oil production within a 1.5-million-acre portion of the refuge. This would generate an estimated $1.1 billion over the course of a decade, according to the Congressional Budget Office. Environmentalists, however, say the site is a critical habitat for hundreds of animal species, including foxes, polar bears, and caribou, and therefore in need of protection. Drilling could also threaten sacred lands for the Native Alaskan Gwich’in tribe.

“The Arctic National Wildlife Refuge is one of the crowned jewels of our public lands,” Ana Unruh Cohen, the director of government affairs at the Natural Resources Defense Council tells Mother Jones. “Drilling there would totally mar this beautiful place.”

With the Senate expected to vote on the tax bill late Thursday or early Friday, Republicans have been working hard to round up votes that would ensure the bill’s passing. Murkowski, bucked party leadership earlier this year and voted against Obamacare repeal, had requested the drilling provision be added and now supports the bill, the Washington Post reports.

The measure, added earlier this week, essentially broke Senate rules about what can be added to the tax bill. The provisions, according to Unruh Cohen, “stepped on the jurisdiction” of the Environmental and Public Works Committee. Changes to the language in the measure have been made, according to Murkowski. “We have done it and we’re ready to go,” she said. But, there has “still been some arguing” as to whether those changes abide by Senate rules, says Unruh Cohen. “They’re trying to make a number of changes. It’s still not 100 percent clear if those will be final. It’s very much a wait-and-see situation,” she says.

Republicans need at least 50 of the 52 GOP senators to vote for the bill in order to pass it. Senator John McCain (R-Ariz.), a Republican who has previously been apprehensive of the plan, also said Thursday he would support the bill.

“Right now, Lisa Murkowski may well represent the 50th vote, and that puts her in the driver seat to ask for whatever she wants. The things she seems to want most is opening the Arctic refuge,” Niel Lawrence, Alaska program director for the Natural Resources Defense Council, told the New York Times.