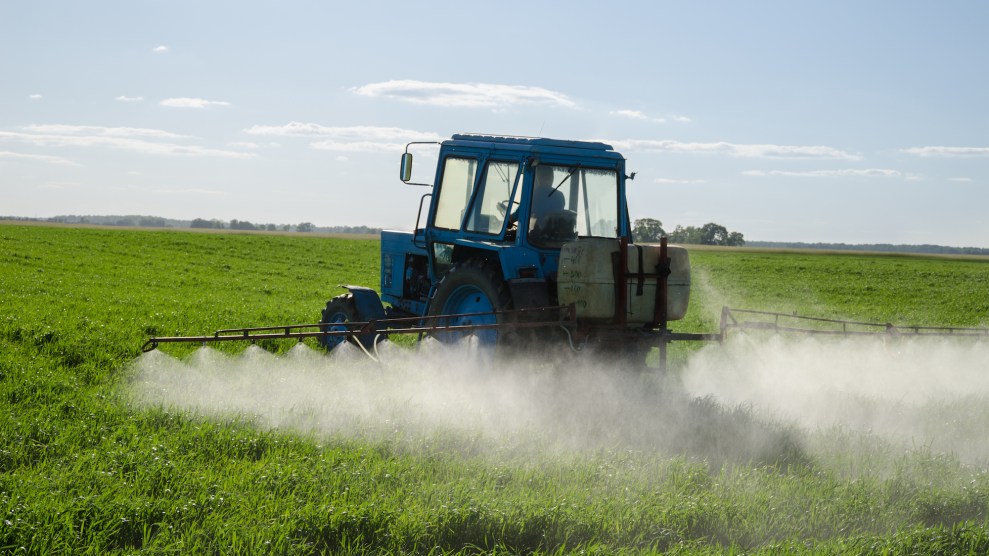 Genetically modified seed and pesticide giant Monsanto has had tough row to hoe lately. The company’s long-proposed marriage with German chemical giant Bayer is undergoing withering scrutiny by regulators in Europe and Brazil, likely putting off its consummation for months. Here in its home country, two states have imposed new rules that could limit the market for Monsanto’s latest blockbuster product, soybeans engineered to resist a controversial herbicide called dicamba.

The European market for glyphosate is worth an annual $1.18 billion

But on Monday, Monsanto got good news from across the Atlantic, when the European Union ended a long stalemate and voted to maintain approval for glyphosate, the globe’s most-used herbicide, for another five years. Monsanto owned the original patent on the chemical (which has since expired), and the company maintains a 40 percent share of the global glyphosate market. The European market for glyphosate is worth an annual $1.18 billion, Reuters reports.

The voting process was chaotic, The New York Times reports. Germany voted for approval, but only after overcoming a split within its government. France voted nay, and when the result came in, President Emmanuel Macron took to Twitter to vow to ban it in France within three years, spicing his statement with the Trump-trolling hashtag, “#MakeOurPlanetGreatAgain.”

The vote was caught up in the ongoing controversy about whether glyphosate causes cancer. The European Food Safety Agency and the US Environmental Protection Agency (pre-Trump) say, probably not; while the International Agency for Research on Cancer, which evaluates potential carcinogens for the World Health Organization, calls it “probably carcinogenic to humans.” Here’s my look from last year at the subtle difference between how the EFSA and EPA on one side, and the IARC on the other, assessed the herbicide.

Meanwhile, in June, Reuters found that the IARC had finalized its assessment even though the US scientist who led the agency panel on glyphosate, Aaron Blair was aware of then-unpublished data suggesting that glyphosate didn’t seem to cause cancer after all—a controversy Kiera Butler covered at the time.

Earlier this month, that research was finally published: A large, long-term study of pesticide applicators in North Carolina and Iowa, which found “no association” between glyphosate exposure and most cancers, and “some evidence of increased risk” of acute myeloid leukemia “among the highest exposed group.” The authors added that the potential link requires more study. The IARC, for its part, is standing by its assessment.