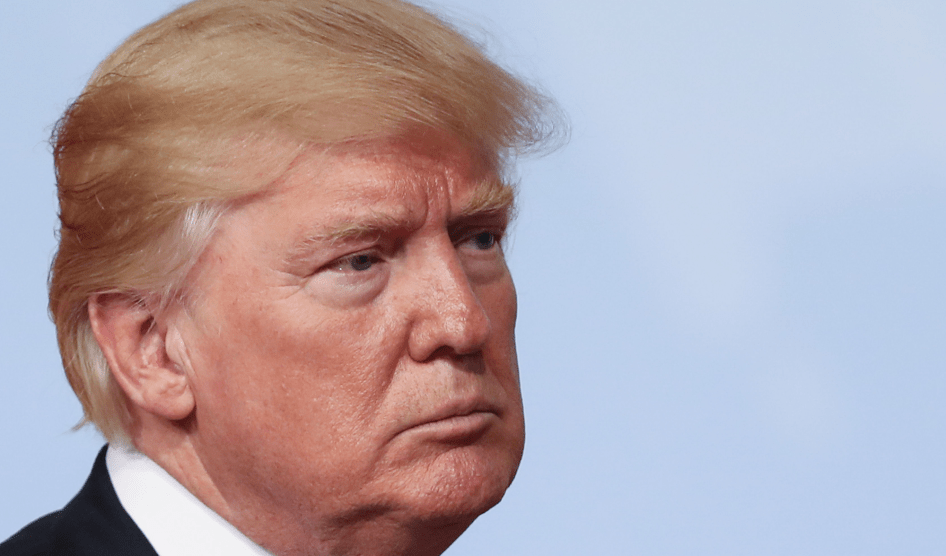 President Donald Trump spent his Wednesday morning on Twitter, and the results were jaw-dropping—even for him. He used the platform to share fringe anti-Muslim content and then appeared to promote a false conspiracy theory that MSNBC’s Joe Scarborough was involved in the death of a former congressional intern.

Trump kicked off his eyebrow-raising activities Wednesday morning by retweeting three videos that claimed to capture Muslims assaulting people and destroying a statue of the Virgin Mary. The videos were shared by Jayda Fransen, the deputy leader of the far-right group Britain First. (It’s unclear whether all the alleged perpetrators featured in the videos are actually Muslim.)

“Whether it’s a real video, the threat is real,” White House press secretary Sarah Huckabee Sanders said while defending the president. “His goal is to promote strong border security and strong national security.”

Many observers, including former Director of National Intelligence James Clapper, denounced Trump’s decision to share the videos. But by then, Trump had moved on to the news that NBC’s Matt Lauer had been fired over accusations of sexual misconduct. The president took the opportunity to attack NBC—a network he has frequently slammed as “fake news”—and to suggest that its top executives should be fired, as well.

Wow, Matt Lauer was just fired from NBC for “inappropriate sexual behavior in the workplace.” But when will the top executives at NBC & Comcast be fired for putting out so much Fake News. Check out Andy Lack’s past!

Less than two hours later, Trump followed up with a cryptic tweet aimed at Scarborough.

So now that Matt Lauer is gone when will the Fake News practitioners at NBC be terminating the contract of Phil Griffin? And will they terminate low ratings Joe Scarborough based on the “unsolved mystery” that took place in Florida years ago? Investigate!

Trump appeared to be referring to completely baseless rumors that Scarborough, as a former member of Congress, may have played a role in the 2001 death of an intern inside his congressional office in Florida. In reality, the medical examiner concluded that the woman had “lost consciousness because of an abnormal heart rhythm and fell, hitting her head on a desk,” and that “the head injury caused the death,” according to a St. Petersburg Times article from the time. Police found no evidence of foul play, according to the Tampa Bay Times.

Scarborough responded to Trump’s attacks Wednesday morning, tweeting that the president was “not well.”

The office of British Prime Minister Theresa May issued a rare statement condemning Trump’s promotion of “prejudice rhetoric,” adding that it was “wrong for the president to have done this.”