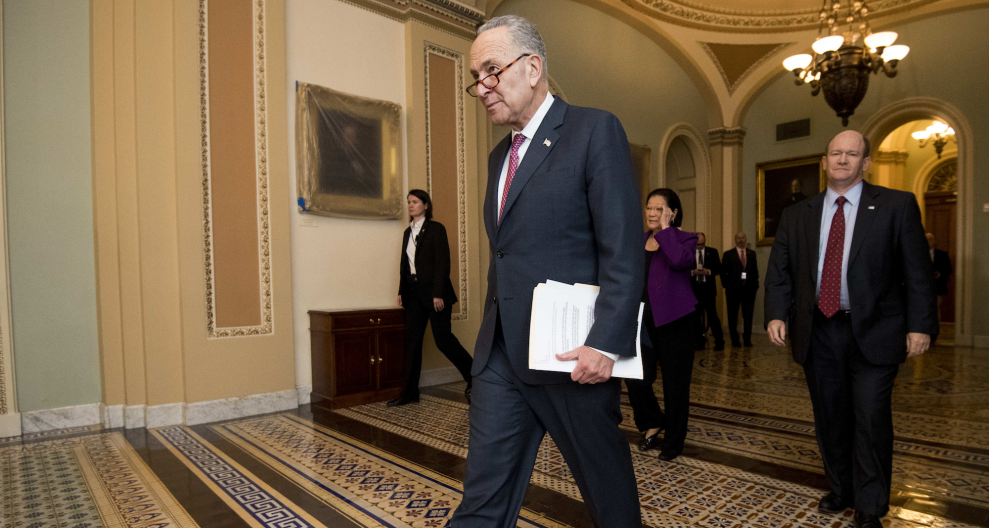 In tagging Fox & Friends at the end of his morning tweets on Wednesday, Trump appeared to acknowledge he was parroting an argument made on his favorite television show just moments before.

The terrorist came into our country through what is called the "Diversity Visa Lottery Program," a Chuck Schumer beauty. I want merit based.

We are fighting hard for Merit Based immigration, no more Democrat Lottery Systems. We must get MUCH tougher (and smarter). @foxandfriends

It has not been confirmed if the 29-year-old suspect in Tuesday’s attack, Sayfullo Saipov, was a recipient of the program cited in the president’s tweets. According to a description listed on the State Department’s website, the Diversity Visa program offers “countries with historically low rates of immigration” roughly 50,000 visas to the US. “The DVs are distributed among six geographic regions and no single country may receive more than seven percent of the available DVs in any one year,” the website explains.

Schumer responded to Trump by accusing him of “politicizing” his home state’s tragedy, where eight people were killed and 11 injured after a man drove a truck into a bike line in Lower Manhattan.

“I have always believed and continue to believe that immigration is good for America,” Schumer said in a statement. “President Trump, instead of politicizing and dividing America, which he always seems to do at times of national tragedy, should be focusing on the real solution—anti-terrorism funding—which he proposed cutting in his most recent budget.”

I guess it's not too soon to politicize a tragedy.