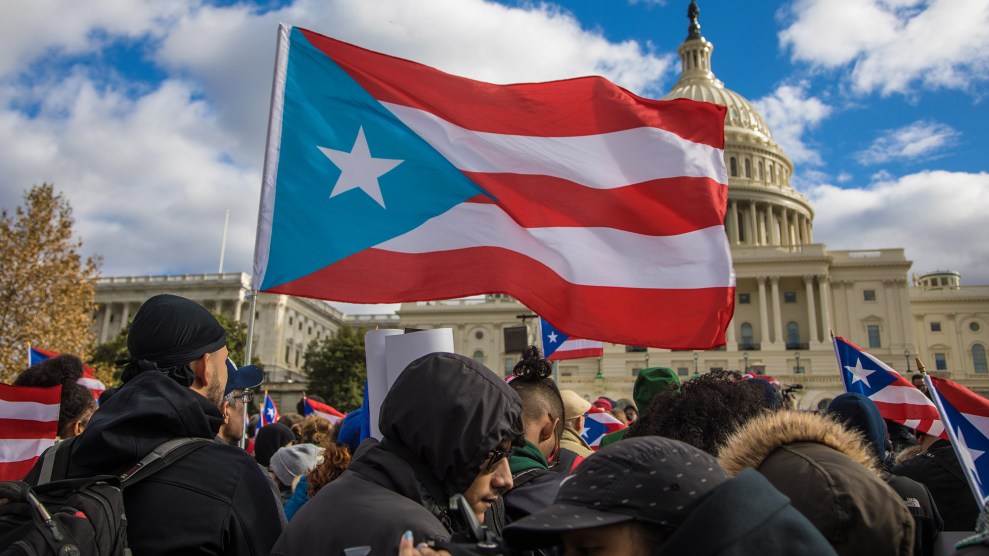 “It is devastating and unconscionable that Congress would do this at this juncture,” Rosselló told NBC News after it was clear the provisions remained in the bill.

Republicans released the latest version of their bill Friday evening and plan to vote it out of the House and Senate early next week. The tax bill, as written, would include taxes on payments between US companies and their foreign subsidiaries and profits from intellectual property. At a Friday news conference in San Juan, Rosselló called the tax reform plan “a huge blow for Puerto Rico,” according to Caribbean Business, and, the paper writes, the bill would have an “adverse impact” on 50 percent of the island’s gross domestic product, 30 percent of the government’s revenue, and 250,000 direct and indirect jobs.

Rosselló’s administration estimates that recovery from Hurricanes Irma and María will cost roughly $95 billion. The island was already grappling with more than $72 billion in outstanding debt, $49 billion in unfunded pension liabilities, and a 45 percent unemployment rate, the result of a decade-long economic downturn. That crisis had already fueled an exodus of roughly 400,000 people over the last decade, a trend that has only intensified since the hurricanes.

Carlos Mercader, the director of Rosselló’s office in Washington, DC, tells Mother Jones the Republican decision was “shameful” and reflects the island’s lack of status in Washington when big decisions are made. “We’ve had many congressmen coming down to Puerto Rico, visiting the island, being amazed by the incredible devastation,” says Mercader. “They’ve been the most empathetic people in the world. But it’s all words, no actions. When actions need to come, this is what they do.”

In an attempt to make it harder for US companies to avoid US taxes via foreign subsidiaries, the bill would impose a 20 percent excise tax on payments from US companies to their foreign subsidiaries. For tax purposes, the IRS sometimes considers Puerto Rico and the other territories foreign countries. That shift could cause the US pharmaceutical industry, which generates billions of dollars in revenue and employs tens of thousands of workers on the island, to shift production out of Puerto Rico.

According to BloombergPolitics, the way the current law works allows US companies to buy their own products from Puerto Rican subsidiaries and avoid regular income taxes, and pay just 4 percent in excise tax to the island’s government, as long as the money from that subsidiary is kept offshore. The arrangement has been a “paradise” for US drug makers and, the Food and Drug Administration estimates that drug companies and medical device manufacturers account for nearly 30 percent of the island’s GDP.

Rosselló said Republicans like House Speaker Paul Ryan (R-Wis.) and Sen. Marco Rubio (R-Fla.) “turned a blind eye” on Puerto Rico. “I will be very active and I’m sure my colleagues will be very active, in different Puerto Rican populations or Latino populations and make sure everyone knows we were treated as second-class citizens,” the governor said.