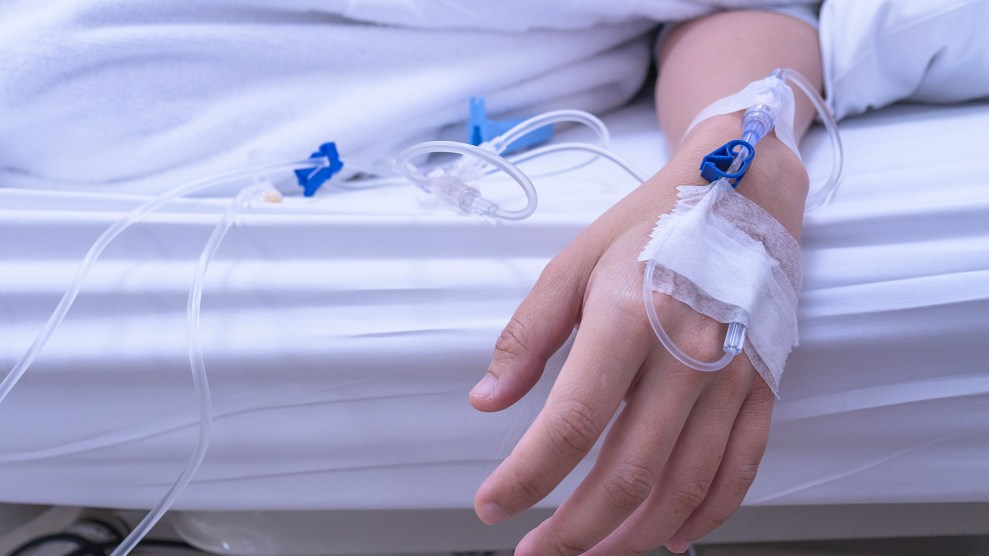 The Trump administration just made it easier for doctors to deny care to women and LGBT people. On Thursday, the Department of Health and Human Services announced a new division devoted to “conscience and religious freedom” that will protect health workers who refuse to treat patients because of moral or religious objections—a move that critics fear could jeopardize access to birth control and abortion, hormone therapy for transgender people, fertility treatment for lesbian couples, or medications for HIV and AIDS.

In a press conference about the new Conscience and Religious Freedom Division, Roger Severino, a senior HHS official, said it was necessary to shield medical staffers who deny care on religious grounds, comparing their situation with that of Jews who were slaughtered during the Holocaust and Martin Luther King Jr. in his quest for racial justice.

The Nazis, he said, had forced Jews to wear a certain type of insole in their shoes with Hebrew writing on them, “so that every step they took, they would be violating their conscience….I could see the common humanity of why someone is forced to violate their conscience with every step they take, how it’s an attack, really, on their human dignity.” He did not explain what the writing might have said.

Severino then described King’s letter from a Birmingham jail, in which the civil rights leader defended his strategy of nonviolent resistance to racism. “Dr. King in his letter wrote that…this this is the exercise of conscience—this is what conscience looks like,” Severino said. “And now we’ve come to today, where we see that health care, especially with the Office of Civil Rights at HHS, is the next area where the issues of conscience and the issues of life and death are coming to the fore.”

The new “religious freedom” division falls under the umbrella of the HHS Office for Civil Rights, which is led by Severino. In 2016, when he worked for the conservative think tank the Heritage Foundation, Severino wrote that Obama-era rules shielding transgender patients from discrimination would “penalize medical professionals and health care organizations that, as a matter of faith, moral conviction, or professional medical judgement, believe that maleness and femaleness are biological realities to be respected and affirmed, not altered or treated as diseases.”

Abortion and LGBT rights advocates were quick to condemn the administration’s new division. “This announcement marks the Trump administration’s latest step toward turning the Department of Health and Human Services into a place where backwards ideology rules, and science, ethics, and concern for the well-being of all Americans are non-existent,” NARAL Pro-Choice America wrote in a statement. “Almost every trans person I know has been laughed at, turned away, or faced rejection of some kind by a medical provider when seeking basic health care,” tweeted Chase Strangio, a transgender attorney at the American Civil Liberties Union who fights for LGBT rights. “Trump’s new HHS proposal will cause so much pain and dangerous health outcomes.”

The creation of a new health division is only the latest in a series of blows to women and the LGBT community under Donald Trump, who on Friday will become the first sitting president to address the March for Life, a huge anti-choice rally in Washington. In October, the administration gutted the Obamacare provision requiring most employers to cover the cost of contraception in their health insurance plans. Last month, HHS officials were prohibited from using a list of words, including “fetus,” “transgender,” “diversity,” and “vulnerable,” in certain official documents.  “President Trump promised the American people that his administration would vigorously uphold the rights of conscience and religious freedom,” said Acting Secretary of HHS Eric Hargan while announcing the new division on Thursday. “That promise is being kept today.”