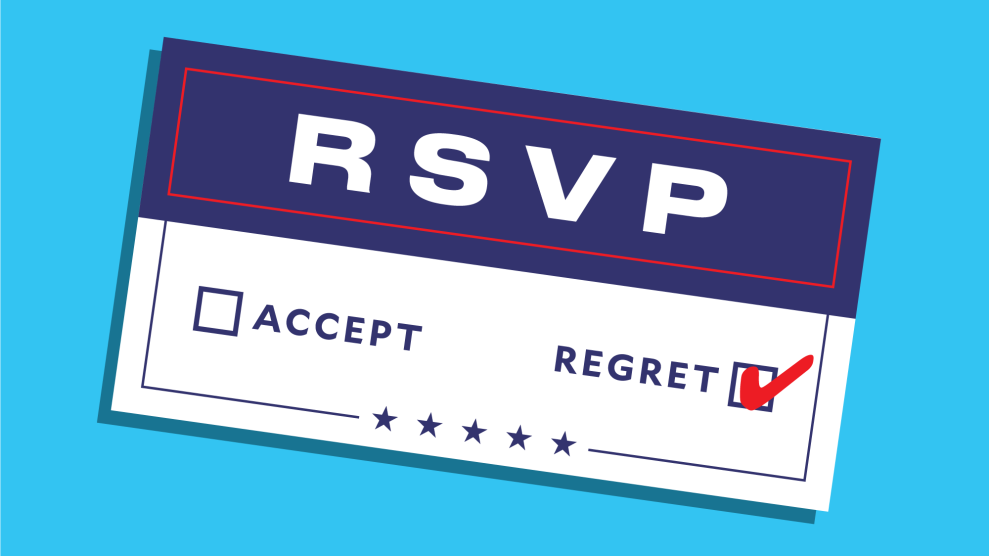 When President Donald Trump delivers his first State of the Uniom [sic] address Tuesday evening, a few faces will be missing from the audience. Following reports that Trump had called Haiti, El Salvador, and African nations “shithole countries,” several Democratic lawmakers announced they would skip the speech, while others had already said they weren’t going to attend. The list of those who have publicly RSVPed “no” includes several members of the Congressional Black Caucus, whose chairman, Rep. Cedric Richmond (D-La.) told Buzzfeed that the group was considering ways to protest the speech, including a walkout.

Traditionally, all members of Congress show up for the State of the Union. Sen. Ted Cruz (R-Texas) and Sen. Rand Paul (R-Ky.) decided to skip President Barack Obama’s final address so they could focus on campaigning for president.

Here are the Democratic lawmakers who have said they won’t be showing up Tuesday night:

Earlier this month, Blumenauer announced on Facebook that he wouldn’t be attending the State of the Union, becoming one of the first members of Congress to do so. He said he would rather stay in Oregon than listen to “yet another destructive and divisive speech by Trump.” Last week, Blumenauer, a vocal supporter of Deferred Action for Childhood Arrivals (DACA), took to Facebook to say he would send a Dreamer from his state in his place.

The civil rights hero told MSNBC he would be skipping the address after Trump’s “shithole” comments. Lewis said racism “must be in [Trump’s] DNA,” and declared, “I cannot in all good conscience be in a room with what he has said about so many Americans. I just cannot do it. I wouldn’t be honest with myself.”

Waters, a vocal opponent of the president whose scathing takedowns of the president have made her an unexpected icon of the anti-Trump resistance, told MSNBC she would not attend, asking, “Why would I take my time to go and sit and listen to a liar?”

Wilson, a member of the Congressional Black Caucus, didn’t mince words when she announced on CNN that she wouldn’t attend, calling Trump “hateful towards black people.” She added, “I don’t think he needs to be honored with my presence.” (Earlier this month, Rep. Bonnie Watson Coleman (D-N.J.) said CBC members who attend will wear red pins in honor of Recy Taylor, a black woman who was raped by six white men in 1944, a case that was never brought to trial.)

The freshman lawmaker from Washington announced via Twitter on Martin Luther King Jr. Day she and some colleagues would host a “State of OUR Union” in lieu of attending Trump’s address.

ANNOUNCEMENT: With all the racism coming from the White House, I will NOT be attending @realDonaldTrump's State of the Union.

Instead, we'll focus on the State of OUR Union, our opposition to his agenda, and we will lift up a progressive and inclusive vision of our country. pic.twitter.com/dcAWMIkZZV

Earlier this month, Lee’s spokesman said the congresswoman would not be attending. Several of Lee’s Bay Area Democratic peers will be there with guests, including a sexual assault survivor (invited by Rep. Mark DeSaulnier) and a transgender veteran (attending with Rep. Jared Huffman).

“If someone does not give me respect, I cannot give them respect,” Meeks, a CBC member, said on Sunday. (However, he said he will watch the speech in his office.)

I just announced on #PoliticsNation that I will NOT attend the State of the Union. Instead, I’ll monitor this President from my office. His current comments about black unemployment, which remains unacceptably high, is just another sign that he doesn’t get it.

A Cuban immigrant and critic of Trump’s decision to end DACA, Sires said through a spokesperson he will not attend because “many of his constituents are offended by the president’s rhetoric and behavior.” Sires condemned Trump’s “shithole” remark earlier this month, saying the president’s “vulgar language is just another example of his disregard for hardworking Americans who come from all walks of life.”

It is disgusting that the President of the United States has no regard for American values or the immigrant experience. His comments are downright insulting to countless American families like mine and others in the 8th District, who have worked hard to build new lives in the US pic.twitter.com/bC9JspN5i4

The Illinois representative said last week she will not be at the SOTU, saying the first year of the Trump administration had been full of “racist, erratic, and divisive behavior.”

In a blunt statement that said the Trump presidency is built on “racism, stupidity, and lies,” the Chicago lawmaker said he would skip the event. He added, “I will not sit and watch as Trump pretends that he’s off to a successful start. He’s not.”

Davis, who also represents Chicago, was slightly more restrained in his announcement: “I cannot in good conscience stand silently by and watch generations of struggle for equal rights, for civil, human and voting rights, for the rights of women, for social and economic justice be undone from the highest office in the land.”