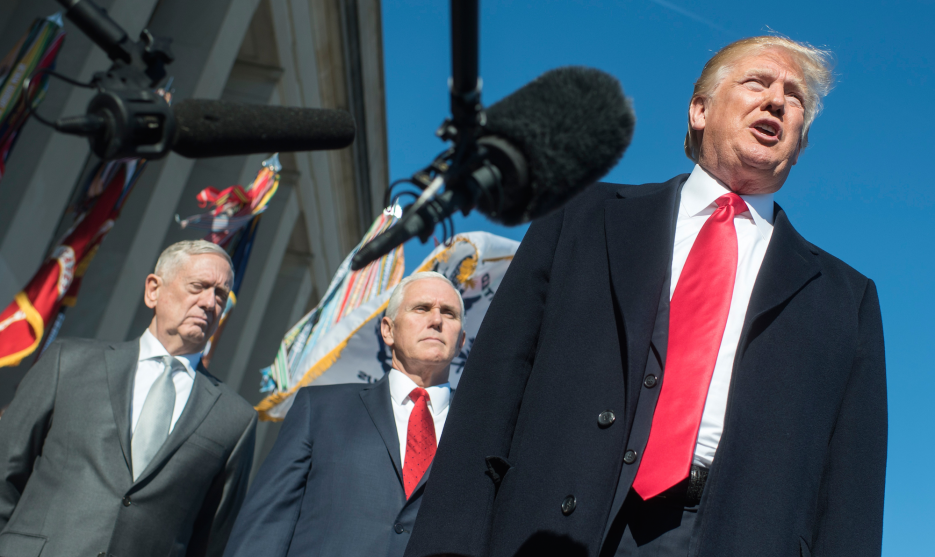 A day after a school shooting killed two teenage students in rural Kentucky and injured 17 others, White House press secretary Sarah Huckabee Sanders balked at questions regarding President Donald Trump’s silence on the matter more than 24 hours later. She accused a reporter of blaming Trump for being “complicit” in Tuesday’s shooting.

“Let me be clear about this,” Sanders said, when asked by NBC’s Peter Alexander if Trump would publicly discuss the issue of school shootings. “The fact that you are basically accusing the president of being complicit in a school shooting is outrageous.” (Alexander said nothing about Trump “being complicit” in his question to Sanders.)

She also pointed to the administration’s work with the Justice Department to eradicate crime—a tough-on-crime initiative experts have cautioned is based on questionable statistics—as evidence that the White House was indeed pursuing policy to reduce the country’s gun violence. At another turn, Sanders suggested an alleged “crime wave” was the reason for school shootings in America.

Asked about school shootings, @PressSec says the admin is cracking down on a “crime wave.” pic.twitter.com/H67zfZe4Ik

“I’m not accusing the president of anything,” Alexander responded. “I’m concerned about the students in America and want to know what he’s going to do.”

The heated exchange on Wednesday punctuated what had been conspicuous silence on the shooting from Trump, who instead devoted his social media activity on Tuesday to disparaging “Cryin’ Chuck Schumer” over immigration negotiations and personally joining in on a continuing smear campaign against the FBI and the Mueller investigation.

Shortly after Wednesday’s press briefing, the president surfaced on Twitter to finally weigh in on the Kentucky shooting and offer his “thoughts and prayers” to the victims’ families:

Earlier today, I spoke with @GovMattBevin of Kentucky regarding yesterday’s shooting at Marshall County High School. My thoughts and prayers are with Bailey Holt, Preston Cope, their families, and all of the wounded victims who are in recovery. We are with you!

In response, many on Twitter made note of the National Rifle Association’s unprecedented financial support for Trump’s 2016 campaign for the White House.