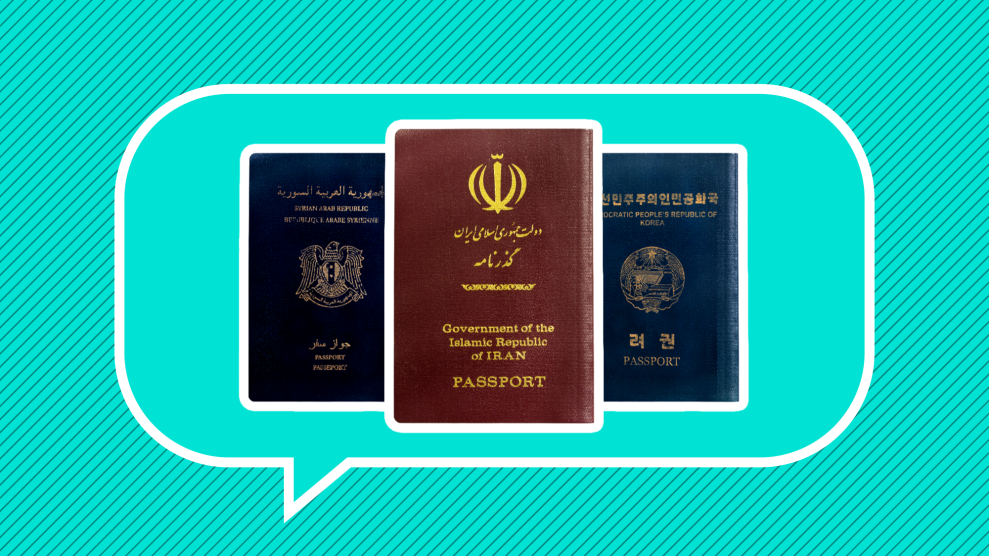 About a year ago, President Donald Trump signed one of his most controversial executive orders—one that banned citizens from seven Muslim-majority countries from entering the United States for 90 days and all refugees for 120 days. Swift backlashed followed, with massive protests at major airports and legal challenges to what’s been dubbed the “Muslim ban” or travel ban. That ban was blocked in the courts, as was a second version of the executive order, but last month the Supreme Court allowed a third version to go fully into effect. Unlike its predecessors, the current ban is indefinite and now applies to Iran, Libya, Syria, Yemen, Somalia, North Korea, Chad, and government officials in Venezuela and their families—only Venezuela and North Korea are not Muslim-majority countries.

While the back and forth over the ban has played out in the courts over the last year, advocates say that it has had a devastating effect on many Muslim communities and refugees hoping to resettle in the US. Refugee resettlement numbers have dropped to some of the lowest levels on record, and the process has become increasingly delayed. “We had clients in really dire situations who were ready to travel, and they’ve been completely stalled in the process,” says Henrike Dessaules, communications director at the International Refugee Assistance Project.

Travel has also become increasingly difficult for citizens of Muslim-majority countries, says Elica Vafaie, a staff attorney at Asian Americans Advancing Justice–Asian Law Caucus, a legal and civil rights organization closely tracking the ban. “We’ve seen visas being denied without a meaningful opportunity to provide information—from families who are being separated from their spouses, and folks who have been in the process for quite a long time,” says Vafaie. She stressed that though the ban purports to include a waiver for individuals with a “bona fide” connection to someone in the US or experiencing undue hardship, it has “not been effective in any way shape or form.” Families continue to remain separated, she says. “People’s lives are still in limbo.”

The latest ban not only affects the millions of people living in the countries listed in the executive order, but many already here in the United States as well—especially those from Muslim-majority countries. What has life been like under the travel ban? It’s been a year now and we want to help tell these stories. If you’re one of the many people who’ve been affected, tell us: How have these new restrictions changed your life?

Update: Read our follow up story to this callout here.

We may share your response with our newsroom and publish a selection of stories which would include your name, age, and location. Your email address will not be published and by providing it, you agree to let us contact you regarding your response. We respect your privacy and will not use your email address for any other purpose.