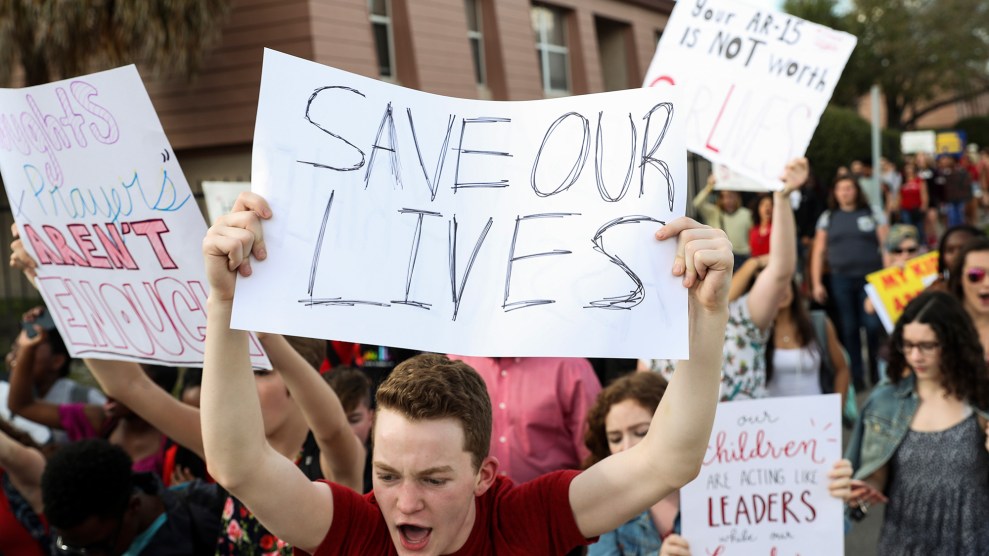 Hundreds of students and community activists marched in protest of the inaction of lawmakers on the issue of gun violence, on February 23, 2018 in Tampa, Fla.Monica Herndon/ZUMA

Back in 2011, after a gunman in Tucson killed six people and wounded 13, including US Rep. Gabrielle Giffords, Americans took a fatalistic view of whether anything could be done to stop future mass shootings. A CNN poll at the time showed that voters believed by a 2-1 margin that there was nothing the government could do to prevent future attacks.

Seven years later, that’s all changed. A new poll released by CNN on Sunday found that 64 percent of American voters now believe the government can “take action that will be effective” in preventing mass shootings in the future. Only 32 percent believe that such attacks will happen “regardless” of government action. The poll comes a week and a half after the Feb 14 shooting at Marjory Stoneman Douglas High School in Florida left 17 dead.

Here’s how the new numbers compare to poll results after previous mass shootings:

What’s more, Americans are remarkably clear on exactly which steps they want the government to take. According to a separate poll released Sunday, conducted by USA Today/Suffolk University:

Of course, just because people believe that government action would be effective, doesn’t mean they have confidence the government will act. Only about 1 in 5 respondents in the USA Today poll believe that Congress will take action on gun control: 28 percent of Republicans, and 14 percent of Democrats.

Since the shooting, teen survivors of the tragedy continue to drum up national attention on the issue; the most famous of the bunch, Emma González, now has more Twitter followers than the National Rifle Association. But as Republican members of Congress return after a 10-day break, the Associated Press reports, they don’t appear to have much in the works. Even the most likely path forward—a modest bill to improve the accuracy of the federal background check system—has stalled, because it’s tied to a pro-gun plan to allow gun permits in one state to be recognized in all other states.

Meanwhile, President Donald Trump is earning some of his worst job approval marks of his presidency. Just 38 percent of voters currently approve of Trump’s job performance, the USA Today poll found—the lowest the president has ever scored, by their measure. According to Sunday’s CNN poll, Trump’s approval rating is down to 35 percent.