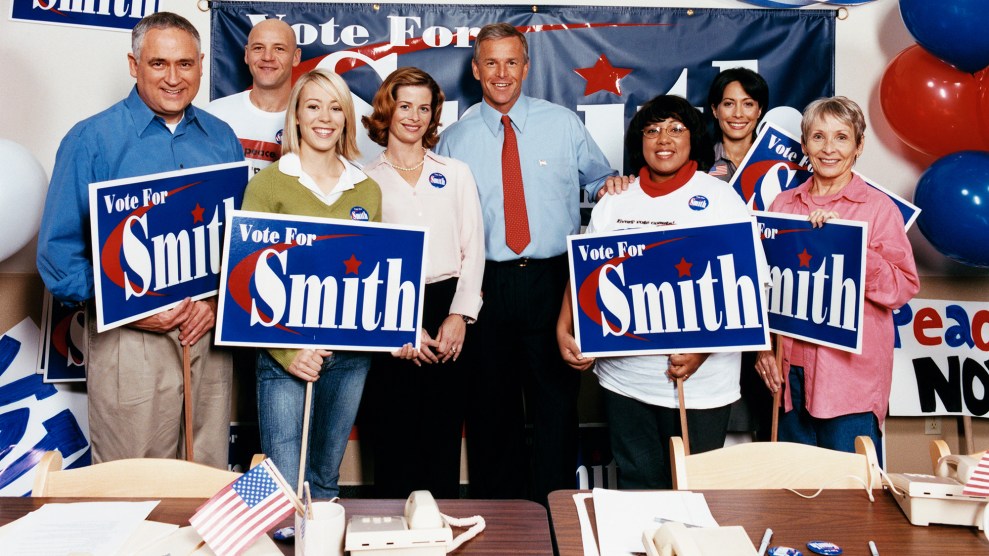 A new union is setting their sights on workplaces known for underpaid employees who work long hours with few benefits and uncertain career prospects while being exhorted to put teamwork before their well-being: campaign offices. In advance of the 2018 midterms, the newly formed Campaign Workers Guild is seeking to organize election staffers, particularly those who work for pro-labor Democrats.

So far, the guild has entered negotiations with two congressional campaigns and one gubernatorial campaign, to boost wages and improve working conditions in an industry that relies on short-term contract workers. “We’re coming together,” Julia Ackerly, an executive board member of the Campaign Workers Guild and former campaign staffer for Bernie Sanders and other progressive candidates, says, “because for a really long time the culture of progressive campaigns has been exploitative and campaign workers have been denied basic labor protections.”

The union recently won its first victory when it reached an agreement with the campaign of Randy Bryce, the mustachioed ironworker and proud union member who is running to unseat House Speaker Paul Ryan in Wisconsin. The deal includes a $3,000 monthly minimum wage floor, paid time off, health insurance reimbursements, and improved mechanisms for reporting sexual harassment.

“There is an explicit disconnect between the Democratic platform and how Democratic candidates treat their workers.”

As reported in the Nation, Bryce quickly embraced the plan, telling his staff,  “Let’s do this.” As he explained, “If I’m talking about the importance of unions on the campaign trail, it makes sense that the people who work on the campaign should have representation.”

The Campaign Workers Guild is taking its fight to the doorstep of the Democratic Party, which has long positioned itself as the champion of organized labor. “We’re calling on Democratic candidates to practice what they preach,” Ackerly says. “We’re starting with Democratic candidates because there is an explicit disconnect between the Democratic platform and how Democratic candidates treat their workers.” The goal, she says, is to change a campaign culture that tells idealistic workers “to sacrifice our health, financial security, and family time to attain the future we believe in.”

Ultimately, the union hopes to negotiate a party-wide collective bargaining agreement that covers workers on every Democratic campaign. Until then, it will attempt to organize workers on individual campaigns who ask for support.

The push is taking place against a backdrop in which questions about the future of progressive politics and workers’ bargaining power are colliding with increasing intensity. There are indications of a rising tide of union activity, mostly led by young workers, which could strengthen a movement that’s been pummeled in the past few decades. And there’s evidence that labor’s crumbling power has cost the Democratic Party critical votes at every electoral level, helping Republicans win the Senate and House, governors’ mansions, and state legislatures.

The Campaign Workers Guild sees a clear thread running from campaign staffers’ morale to outcomes at the ballot box. “The stakes have never been higher to elect progressive candidates, and especially with midterm elections right around the corner, now is the perfect time to lay the groundwork for a healthy working environment for campaign workers,” Ackerly says. Asked if she imagines this effort might have positive effects on how policymakers treat working people more broadly, she is unflinching: “No one benefits when workers are exploited.”