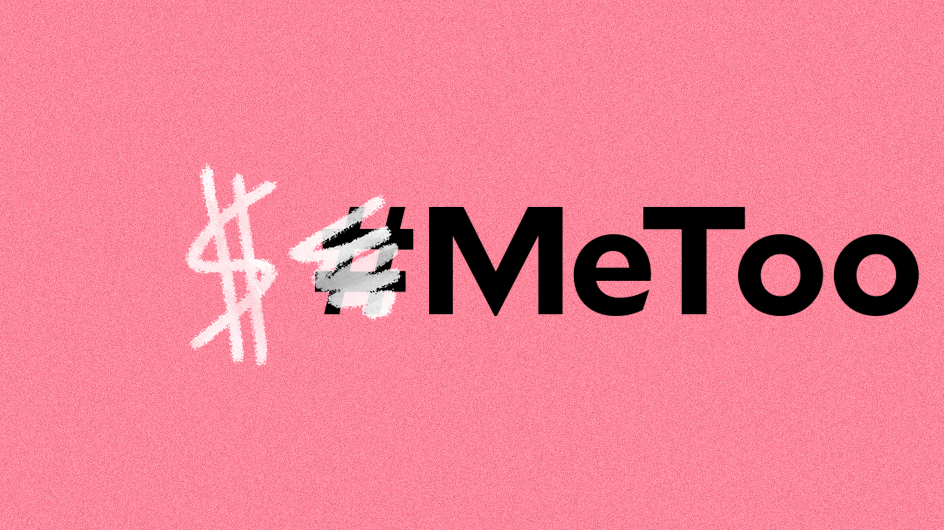 Sexual harassment isn’t good for business—or is it?

For companies, costly settlements with victims, along with the damage a disgraced CEO does to a firm’s stock price, can add up to millions in losses. But this is America, and for some sectors, the #MeToo movement could be a chance to make a buck.

Take, for instance, the settlement advance industry. The business works like this: Firms recruit clients in desperate financial straits who are in the middle of a lawsuit, offering them cash advances on their expected future settlement. If a client gets a settlement, she pays back the advance, often at an exorbitant rate—sometimes leaving her in hock to the settlement advance firm for the entirety of her payout, says Charles Scott, a lawyer in St. Petersburg, Florida, who advises his clients not to take settlement advances. “It’s like payday loans,” Scott says. “I’ve seen clients where they could have gotten a pretty good amount of money, and the settlement company ate up most of it.” If a client loses, she does not have to pay back the advance, so the firms screen potential clients to find those with good odds of winning their cases, often personal-injury and medical-malpractice suits.

“It’s like payday loans. I’ve seen clients were they could have gotten a pretty good amount of money, and the settlement company ate up most of it.”

As the New York Times reported in January, settlement advance companies started targeting sexual-harassment victims in the wake of #MeToo, offering them cash upfront as they pursue lawsuits against employers. Eleven days after the Harvey Weinstein scandal broke in October, settlement advance firm Legal-Bay said in a press release that it had set aside a “large portion” of its cash advance budget for sexual-harassment plaintiffs, advising them that such advances were “risk-free.” And on November 21, the settlement advance firm LawCash published a blog post aimed at people involved in sexual-abuse lawsuits, telling them that pre-settlement funding could “ensure a just result”: “Survivors of abuse need to start moving forward with their lives and forget the past trauma as best they can,” the firm wrote. “LawCash litigation financing can help you to stay solvent through the course of your civil suit, and ensure that the abuser suffers just consequences for his or her actions.”‘ (“Given the current climate we believed it was our responsibility to let women know what kind of assistance is available to them,” LawCash spokesperson Brian Krapf said in a statement.)

But settlement advance companies have landed in legal hot water themselves. In 2016, LawCash and another industry player, Oasis Legal Finance, agreed to pay more than $2 million to clients to resolve a lawsuit from Colorado’s attorney general, who claimed that they’d charged “predatory” interest rates on their advances. (The companies did not admit wrongdoing, and LawCash maintains that it did not charge clients excessive interest rates.) The Consumer Financial Protection Bureau has sued multiple similar companies for offering high-interest or high-fee advances to plaintiffs who had received settlements but were still waiting to get paid: 9/11 first responders, NFL players with brain injuries, and victims of lead paint poisoning.

Another #MeToo marketing push is coming from insurance sellers targeting employers that fear being sued by harassment victims. Employment practices liability insurance (EPLI for short) is a pricey but widely available policy that covers a company’s defense costs and some damages for sexual harassment and other kinds of discrimination lawsuits. It also covers settlements—including claims quietly paid out before they hit the legal system. Up until the early ’90s, EPLI policies were narrow and offered by only a handful of insurance companies. That changed in 1991, when the Anita Hill hearings brought greater public awareness to sexual harassment—and insurance brokers were quick to spot the business opportunity.

How’s the EPLI business since the Harvey Weinstein scandal broke? “One hundred percent, there’s been an uptick,” says Katie Kruizenga, a San Francisco-based vice president for financial services at AmWINS, which calls itself “a leading, global distributor and servicer of specialty insurance solutions” on its website. “It’s on everybody’s radar.” Insurance sellers who market to everything from startups to dentist offices have published webpages explaining how a wave of sexual-harassment allegations could put an employer’s bottom line at risk. “#MeToo Could Impact #YouToo—if you’re not vigilant” warned Shaefer Enterprises Inc., a New York-based insurer. According to the Washington Post, Nationwide, one of the country’s largest insurers, saw a 15 percent increase in EPLI sales between fall 2016 and fall 2017, and the market is expected to continue to grow from $2.2 billion in 2016 to $2.7 billion by 2019.

GB&A Insurance, a New York brokerage, says its recent article promoting EPLI insurance was published “to raise corporate awareness” and address the growing frequency of of sexual-harassment and discrimination claims. “The trends increasing harassment and discrimination claims are all positive steps in the right direction for society as a whole and we are in unequivocal, full support of the pursuit of bad actors,” Evan Bundschuh, GB&A commercial lines manager, said in a statement.

Kruizenga emphasizes that companies haven’t just been purchasing more EPLI insurance—they’re also been taking greater advantage of the resources that come with some policies, including harassment training and sample employee handbook policies, as well as access to an employment attorney who can give advice on HR matters. And the insurance won’t cover claims if the companies knew about bad behavior but didn’t disclose it to the insurance companies when they signed up for their annual policy.

A boost in EPLI sales doesn’t necessarily mean a windfall for insurers, she says: “We may be selling more policies, but we’re also seeing more claims come in.”

Some harassment victims might be getting an insurance payout, but many more experience financial effects that compound the emotional and psychological toll. Women who experienced harassment around the time they turned 30 often leave their jobs, reduce their hours, or switch industries—all contributing to financial stress and lower earning potential in future years, according to research from a team lead by Oklahoma State University sociologist Heather McLaughlin. While most young women earned more over time, pay for harassment victims often stalled, or their earnings fell. And f0r those who experience sexual violence, the cost can be much greater.

Meanwhile, some companies might be hoping to turn the viral #MeToo hashtag into a source of income. A records search of the federal government’s trademarks database turns up a few companies that have applied to trademark “#MeToo” since October, including Excellaw, a Virginia law firm, and a limited liability company called Fuzzy Logic, which has applied to trademark the phrase for use on silicone or rubber bracelets. On January 17, TMZ broke the story that cosmetics brand Hard Candy had filed a trademark application to use “#MeToo” in makeup and fragrance lines just days after the hashtag started trending in October. The backlash was swift: “You guys are truly trash!!!” wrote one user on the brand’s Instagram post for a “#Galactic Eyes Palette.” Another: “I just cannot imagine how any group of people could sit around asking themselves how they could capitalize on people coming out of the shadows.”

By the following day, the brand had pulled the trademark application. Jerome Falic, the CEO of Hard Candy’s parent company, told Refinery29 that the company had always intended to donate all its #MeToo profits. “As a brand devoted to women since its inception, Hard Candy has and will continue to support women’s rights,” he said in a statement. “We will continue to support the work of this watershed movement and other causes that respect the dignity of women and all people.”