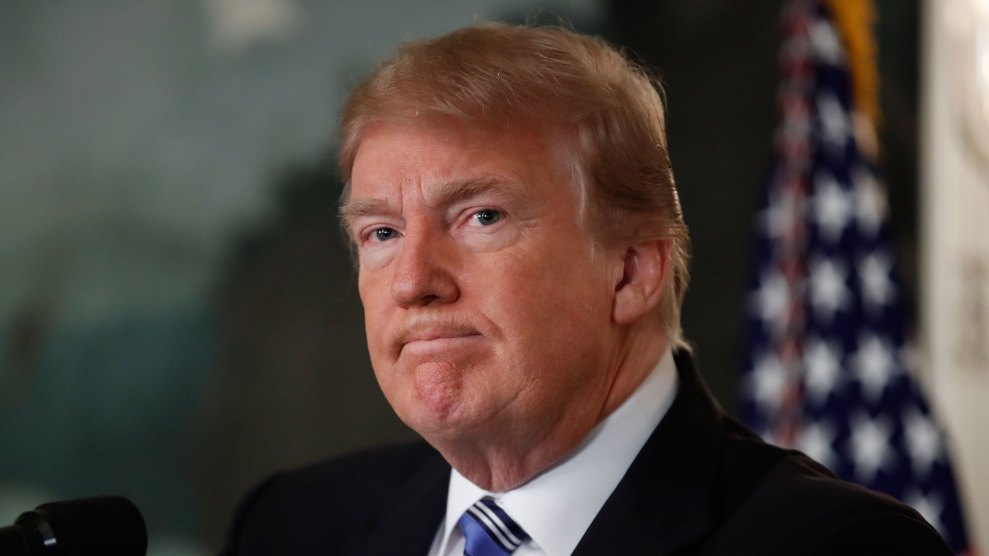 Democrats got some good news over the long weekend when the Pennsylvania Supreme Court released a new map for the state’s 18 congressional districts. If it survives a federal lawsuit from Republicans, the court-drawn map will replace what had been one of the most lopsided GOP gerrymanders in the country with a system that more closely reflects Pennsylvania’s swing-state nature. The court’s actions also bumped Democrats past a symbolic threshold: The number of Republicans around the country representing seats carried by Hillary Clinton in 2016 went from 23 to 25—one more than the number of seats Democrats need to win to take back the House. The significance of the court decision wasn’t lost on President Donald Trump.

Hope Republicans in the Great State of Pennsylvania challenge the new “pushed” Congressional Map, all the way to the Supreme Court, if necessary. Your Original was correct! Don’t let the Dems take elections away from you so that they can raise taxes & waste money!

But the map also has ramifications for next month’s special election to replace former Republican Rep. Tim Murphy, who resigned last October after allegedly pressuring a woman he had an affair with to get an abortion. Although the 18th district went to Trump by a large margin, polls have placed Democrat Conor Lamb, a Marine and former prosecutor, just a few points back of Republican state Rep. Rick Saccone. Lamb has been boosted by an unusual frenzy of progressive activism from both inside and outside the district.

The 18th district race was awkward, by special election standards, in part because the looming redistricting decision threatened to immediately make the winner into a lame duck. But the new map takes care of that problem for Democrats. The old gerrymandered map had just one reliably Democratic seat—held by Pittsburgh Rep. Mike Doyle—in all of western Pennsylvania. Doyle’s district is surrounded by a sea of Trump-loving districts like the 18th.

The new map adds a swing district to the mix. The new district, which includes portions of Pittsburgh and the northern suburbs, isn’t deep blue like Doyle’s, but it’s very winnable for Democrats—Trump carried it by just 3 points. Notably, it also includes Conor Lamb’s residence. So if Lamb wins in March, he’d likely have to face off against Republican Rep. Keith Rothfus if he wants to keep his job—but in a district that’s 18 points more Democratic than the one Lamb is running in now. And even if Lamb loses in March, he might have a better shot in November.

That’s a lot of variables, but Democrats need a lot of things to go right in their bid to retake the House. In Pennsylvania, they’ll take the small victories for now.