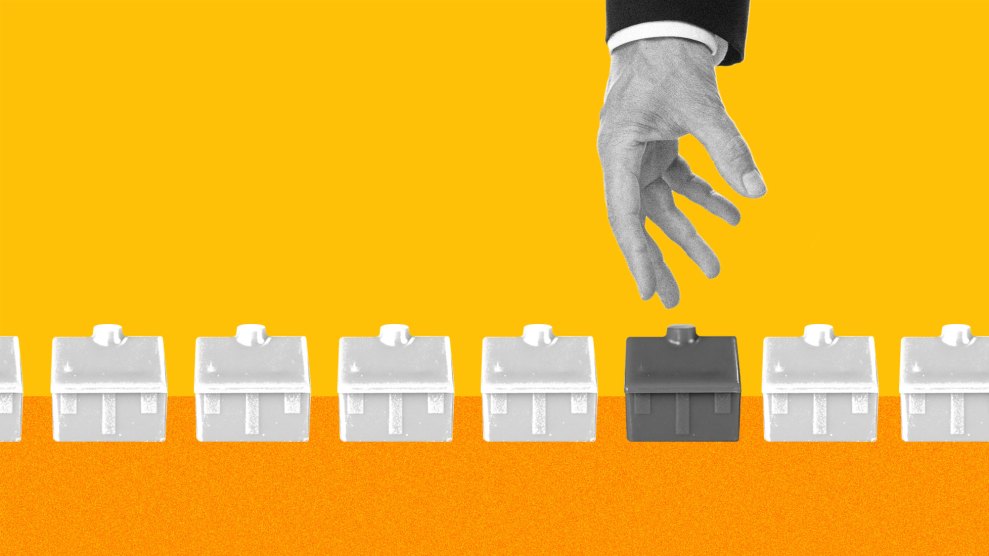 In the mid-2000s, Hudson City Savings Bank, a large savings bank in New Jersey, was doing well, earning accolades for its smart management, its “small town” feel, and its relative strength in the face of the brewing financial crisis. It was even expanding—opening more than 50 new branches in neighboring New York and Connecticut.

But Hudson’s expansion strategy seemed designed to exclude certain customers. Despite placing dozens of new branches in counties near New York City, such as Westchester, the bank didn’t open any at all in Queens, Kings, Bronx, and New York counties—which happen to be the counties with the highest proportion of majority black and Hispanic neighborhoods in the state.

In 2014, the Consumer Financial Protection Bureau (CFPB) started investigating the bank for possible redlining—the practice of excluding minority communities from credit products. To build a case, the bureau’s investigators relied on information collected under the Home Mortgage Disclosure Act (HMDA), which requires lenders to report various data points on the mortgages they sell—including the distribution of loans across census tracts, data that helps regulators spot patterns of racial discrimination.

Mapping Hudson’s HMDA data revealed that the bank’s expansion “excludes and forms a semi-circle around” those heavily minority counties, the CFPB and the Justice Department noted in a subsequent lawsuit. Hudson, the suit alleged, “discouraged consumers in majority-Black-and-Hispanic census tracts from applying for credit.”

A major anti-redlining lawsuit hinged on data rules the Trump administration is doing its best to undermine.

The data showed that plenty of people in those black and Hispanic neighborhoods were getting loans, just not from Hudson. In 2014, the bank had approved 1,886 mortgages in New Jersey, New York, and Connecticut, but only 25 went to black borrowers. When a customer from one of the four excluded New York counties showed up at a Hudson branch, they would be deemed ineligible for certain discounted products the bank offered its low- or moderate-income clients from other areas. What’s more, Hudson’s advertisements dictated that customers had to go in to a single branch location—in majority white Fairfield, Connecticut, an hour’s drive from New York City—in order to close on any of the discounted loans.

“Hudson City,” the agencies concluded, “had no legitimate, non-discriminatory reason to draw relatively few applications from these majority Black-and-Hispanic areas.” In 2015, Hudson settled the federal lawsuit for nearly $33 million, the largest redlining settlement in the history of the CFPB and the DOJ. (The settlement did not include an admission of guilt by Hudson.) The deal called for the majority of the settlement to be invested in a mortgage subsidy program for the neighborhoods Hudson had neglected.

The access of federal regulators to good HMDA data has been key to many redemptive actions, like the Hudson lawsuit, that have helped consumers. But the Trump administration recently made a move that threatens the integrity of the data. In December, the CFPB—whose new interim director is Mick Mulvaney, Trump’s budget director—announced that the agency will no longer fine lenders for reporting errors. This will make the information, “much less useful,” says Makada Henry-Nickie, a governance studies fellow at the Brookings Institution and former senior analyst at the CFPB. “Every single mortgage discrimination or redlining case is supported by the HMDA data, even if it didn’t originate there,” she adds. “So with Mulvaney’s decision, we’re losing a lot.”

The agency has also announced plans to reconsider the data-reporting requirements altogether.

These recent changes are just one piece of a broader trend that has swept across government since Trump took office—a gutting of anti-discrimination measures across the financial services, including mortgages, car loans, payday loans, and more. “This is a pattern we have observed, and it’s fairly alarming,” says Yana Miles, senior legislative counsel at the Center for Responsible Lending. “You have good policy that protects consumers and tries to address discrimination. We’re seeing these rules delayed, picked at, or invalidated.”

Congress recently repealed a ban on corporate contract language that leaves consumers powerless in the case of a dispute.

This trend ramped up last October, when Congress repealed the CFPB’s rule banning clauses in financial contracts that required arbitration and prevented class-action lawsuits. Class actions allow customers to pool their resources to sue as a group, which tends to be much more feasible than financing a lawsuit individually—especially in cases where the financial losses are not large. With mandatory arbitration, too, the deck is stacked heavily against the consumer. The repeal marked a major win for Wall Street, easing the way for banks to engage in harmful practices—including unequal treatment of minority borrowers—unchecked by consumer lawsuits.

Last month, Trump’s Department of Housing and Urban Development announced it would delay enforcement of an Obama-era rule that forces local governments to identify racial segregation in housing and develop plans to address it. Under the original rule, communities had to submit their plans to HUD starting in January 2019 to remain eligible for federal housing aid. But the administration has extended the deadline to October 31, 2020—days before the next presidential election. Some observers think the delay may presage an undoing of the rule, which Housing Secretary Ben Carson has long criticized as akin to “social engineering.” (Since taking his Cabinet post, Carson has said he’d like to “reinterpret” the rule.) HUD justified the delay by saying some of the assessments already submitted were deemed ineffective at reversing housing segregation, a sign that communities needed more time to hone their plans.

Two weeks after the HUD announcement, Mulvaney’s CFPB said it would reconsider another Obama-era rule—one that created landmark federal restrictions on payday lenders. Using a person’s coming paycheck as collateral, these lenders loan cash at astronomical rates—sometimes, allegedly, as high as 950 percent. Studies have found that the lenders disproportionately target communities of color when setting up their locations.

With Mulvaney in charge, the CFPB has stopped going after auto dealers who give their black customers higher interest rates.

The CFPB has also announced it would strip enforcement powers from the Office of Fair Lending and Equal Opportunity, the agency’s division responsible for protecting minority borrowers against discriminatory lending. The fair lending office has levied hundreds of millions of dollars in fines on lenders who overcharged nonwhite borrowers, and has been responsible for some of the agency’s biggest victories, including a $169 million fine against GE Capital for credit card discrimination—the largest such settlement in the federal government’s history—and the 2015 Hudson settlement.

Consumer watchdogs are further concerned that under Mulvaney’s control, the CFPB, through a series of confusing legislative twists and turns, appears to have rolled back its guidance cracking down on discriminatory pricing on auto loans. In 2013, the agency called out car dealers for jacking up interest rates on nonwhite customers and then imposed limits on the dealers’ discretion to mark up those rates at random.

The auto-lending rule quickly became a Republican target—in 2015, Mulvaney, then a congressman, voted for a bill that aimed to nullify it. That bill failed, but several months after Trump’s inauguration, Sen. Pat Toomey (R-Pa.) asked the Government Accountability Office to look into how the rule was made. The office determined that the CFPB had flouted certain congressional regulations in the process, and concluded that the agency needed to resubmit the rule for congressional approval before enforcing it any further. Perhaps not surprisingly, Mulvaney’s agency has not done so, which means the anti-discrimination rule is effectively null and void.

The CFPB did not respond to a request for comment about the impacts of its policy changes on communities of color, but the administration’s broad attack on anti-discrimination measures has raised the ire of Democratic lawmakers. Last week, 53 Democrats wrote to the CFPB demanding more information on how the agency went about deciding to roll back protections, including the changes to mortgage data reporting and the reorganization of the fair lending office. “Laws that prohibit discrimination in consumer financial markets, like other consumer protection laws, were not prioritized by regulators before the financial crisis,” they wrote. “We are concerned that in taking these actions, you will frustrate the CFPB’s efforts to ensure all ‘consumers are protected from unfair, deceptive, or abusive acts and practices and from discrimination.'”