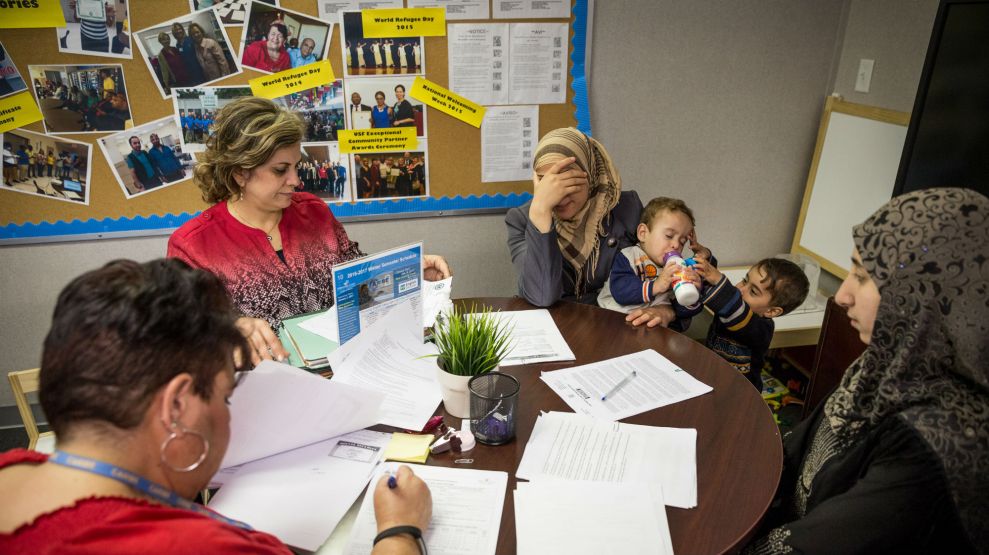 More than 20 refugee resettlement offices are preparing to close across the United States, following a Trump administration order to downsize resettlement operations, Reuters reported Wednesday. More than 40 other offices will also cut back operations. The plans are currently being reviewed by the State Department for final approval, according to the report from Reuters, which saw a copy of the plans.

Local resettlements offices, run by nine non-profits across the country in coordination with the federal government, provide crucial aid for refugees in their initial arrival in the US, with services such as finding housing and signing family members up for language classes, job training, and medical care. There are approximately 300 local resettlement offices across the US, and offices receive funding based on the number of refugees they resettle. The Trump administration reduced the annual refugee admissions cap to 45,000 last year, and in December, told refugee agencies that offices serving fewer than 100 refugees would no longer be authorized to resettle those coming to the country.

“The changes will consolidate smaller affiliates, reduce costs and simplify management structures to help the U.S. Refugee Admissions Program run in a way that is fiscally responsible and sustainable in the long term,” Cheryl Harris, a State Department spokeswoman, told Reuters in an email.

These offices aren’t the first to close or limit their operations; many local resettlement offices have already shut down or reduced staff since the lower refugee ceiling was announced in September.

The changes are alarming to proponents of the refugee resettlement program, who argue that closing the offices will cut off essential services to refugees, who can continue to access assistance from a resettlement center for up to five years.

“The population doesn’t go away when you turn off the spigot,” Robert Carey, former director of the Office of Refugee Resettlement, told Reuters. “If the intent is really to have people integrate into society then doing this is counter to that intent.”

Melanie Nezer, senior vice president of public affairs at HIAS, one resettlement agency, said that the plummet in refugee admissions has meant fewer resources and funding for its offices, to the detriment of the refugees it is trying to serve. HIAS closed one office in Chicago last year, and is no longer taking new cases at its office in Los Angeles. “This is no way to run a refugee program,” Nezer tells Mother Jones. “We’ve made commitments to [refugees], and all of a sudden, they can’t come anymore. We’re really breaking promises to people who are very vulnerable and very desperate.”

According to the latest plans seen by Reuters, California, Florida, Texas, and New York—states that typically resettle many refugees—would see the most office closures, while states such as Louisiana, Hawaii, and West Virginia would be left with no resettlement offices. World Relief, another organization that oversees local resettlement affiliates, announced Wednesday that it was forced to close five offices in Ohio, Florida, Maryland, and Tennessee, noting that the cuts to refugee admissions forced the agency to lay off more than 140 staff members last year.