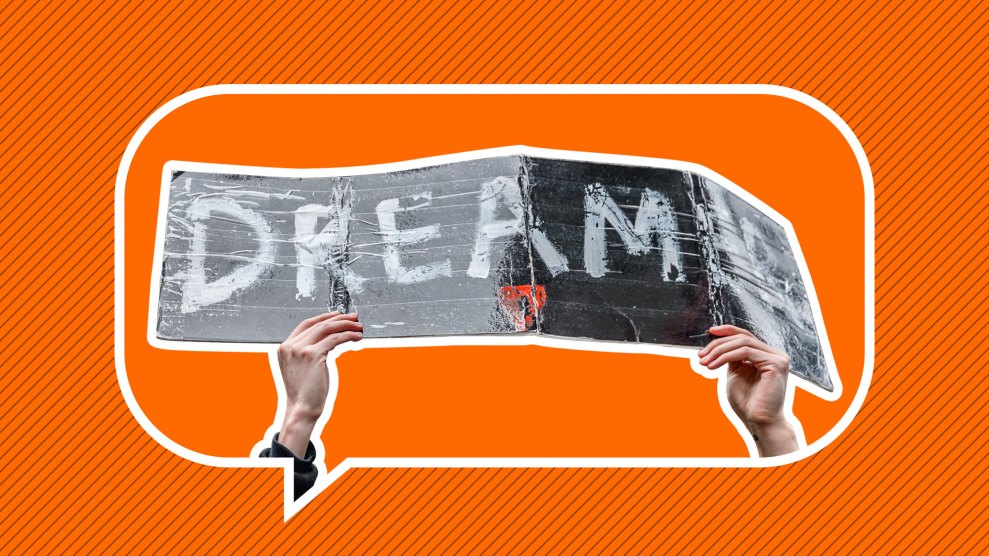 Last year, President Donald Trump began ending protections for about 700,000 Dreamers—young undocumented immigrants who came to the country as children. Thousands of Dreamers have lost protections from deportation since then. If you’ve been affected, we’d like to hear from you.

The Trump’s administration’s decision to end the Deferred Action for Childhood Arrivals (DACA) program blocked most Dreamers from renewing their two-year work permits. But because of two court injunctions, DACA recipients can renew their status for at least a few more months. Dreamers who never had DACA, however, cannot get work permits.

Democrats and moderate Republicans have backed a path to citizenship for Dreamers, but the White House has demanded that any immigration bill must be paired with steep cuts to legal immigration. As a result, Congress’ chances of quickly passing legislation to protect Dreamers looks increasingly unlikely, creating immense uncertainty over whether they will be able to keep their protections from deportation.

As DACA continues to be debated, we want to hear from the people most affected by the issue. How have you been affected by the Trump administration’s decision to end DACA? Let us know.

We may share your response with our staff and publish a selection of stories which would include your name, age, and location. We respect your privacy. Your email address will not be published and by providing it, you agree to let us contact you regarding your response.