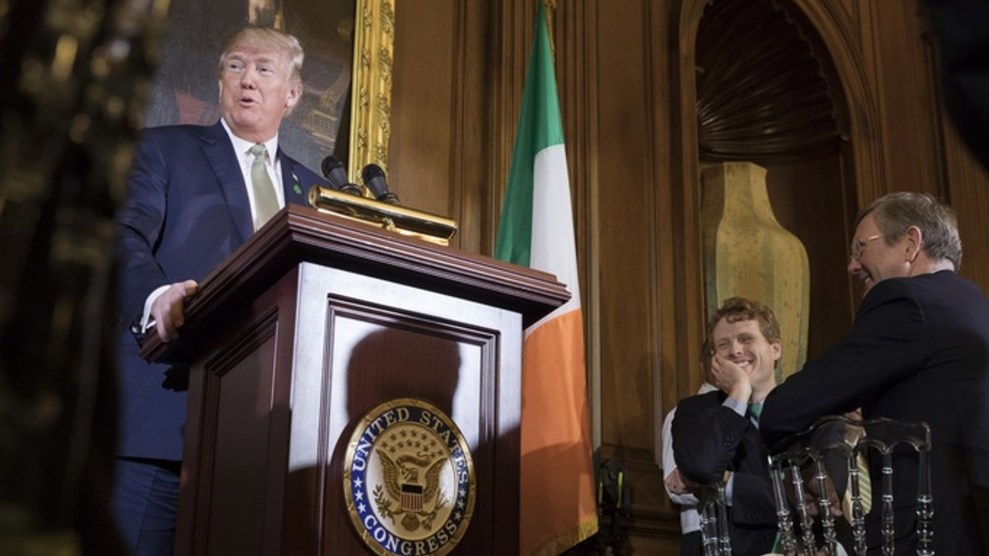 Meanwhile, Republican lawmakers took to the airwaves to take issue with the president’s moves, with one warning that if Trump took action against Mueller, his stint in office would be at risk.

On NBC’s Meet the Press Sen. Marco Rubio (R-Fla.) said he would have handled the McCabe situation differently, arguing that McCabe “should’ve been allowed to finish through the weekend.” Attorney General Jeff Sessions fired McCabe two days before he was set to retire after 21 years at the FBI. “I don’t like the way it happened,” Rubio said.

On CNN’s State of the Union, Sen. Jeff Flake (R-Ariz.) said Trump’s firing of McCabe was “a horrible day for democracy,” drawing a contrast with to the president’s Tweet applauding his removal as a “great day for democracy.”

“To have firings like this happening at the top, from the president and the attorney general, does not speak well for what’s going on,” Flake, who has been more willing to criticize Trump than the vast majority of his GOP colleagues, said. If the president’s escalating attacks on the Russia probe were to culminate in Mueller’s firing, “We in Congress can’t accept that,” Flake warned, adding that he hoped his Republican colleagues would warn the president about the consequences of firing Mueller in the coming days.

Sen. Jeff Flake on whether President Trump is laying groundwork to fire special counsel Robert Mueller: “I just hope it doesn’t go there because it can’t” #CNNSOTU https://t.co/s74dNlR003 https://t.co/2OEHSR8EIE

When asked how Republicans in Congress would respond if Trump’s tried to shut down the Russia investigation, Rep. Trey Gowdy, chairman of the House Oversight Committee, told Fox News Sunday he hoped the president would let Mueller continue with the probe. “If the allegation is collusion with the Russians and there is no evidence of that, and you are innocent of that, act like it,” Gowdy said.

Rep. Trey Gowdy addresses Trump's lawyer John Dowd and his call to shut down the Mueller investigation: "If you have an innocent client Mr. Dowd, act like it" pic.twitter.com/pM2J2zYfZ2

Trey Gowdy on Fox, referring to Trump attorney: “If you have an innocent client, Mr.Dowd, act like it. Russia attacked our country. Let special counsel Mueller figure that out.“

In a separate interview on CNN’s State of the Union, Sen. Lindsey Graham (R-S.C.) was asked whether the president’s attacks on the Russia investigation suggested the president would go after Mueller. In response, Graham warned that “if he tried to do that, that would be the beginning of the end of his presidency, because we are a rule of law nation.”

"As I said before, if he tried to do that, that would be the beginning of the end of his presidency." Republican Sen. Lindsey Graham gives a stern warning to President Trump against firing special counsel Robert Mueller. https://t.co/qXjEuDAlnn pic.twitter.com/j5hoEOWHOL

Sen. Lindsey Graham repeats that it would be the beginning of the end of the Trump presidency if he fired the special counsel, adding, “I pledge to the American people to allow Mueller to continue to do his job without interference.”