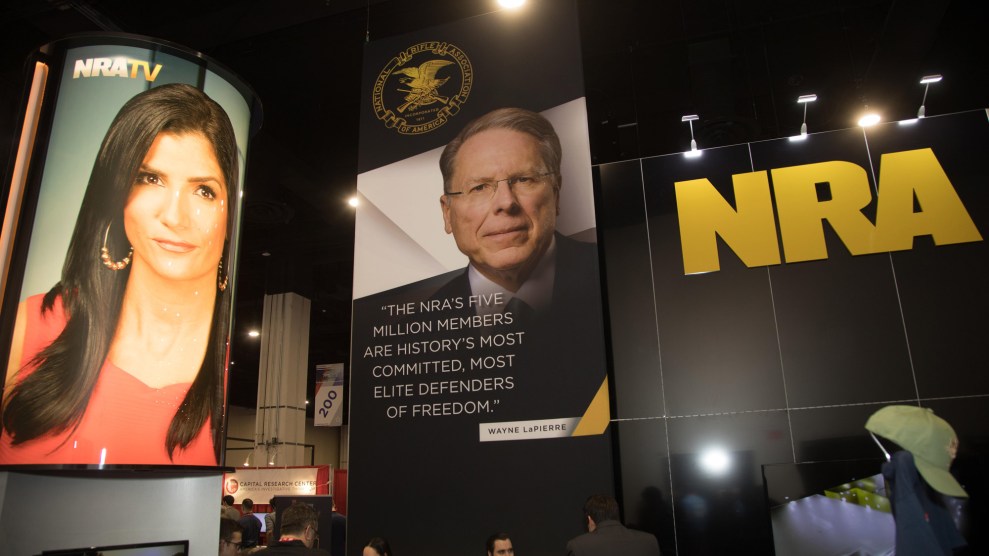 The Federal Election Commission has launched an inquiry into potential illegal donations made to the National Rifle Association by Russian individuals and businesses in support of President Donald Trump’s 2016 campaign, according to Politico.

The revelation comes a month after Sen. Ron Wyden (D-Ore.) sought answers and relevant records in a letter to the NRA: “I am specifically troubled by the possibility that Russian-backed shell companies or intermediaries may have circumvented laws designed to prohibit foreign meddling in our elections,” Wyden wrote.

Politico, which first revealed the existence of the FEC investigation late on Friday evening, says the commission is examining similar issues to Wyden’s probe. The senator’s inquiry focuses on Alexander Torshin, a Russian central bank official with close ties to Russian president Vladimir Putin, and his contributions to the NRA. In January, McClatchy reported that the FBI was investigating Torshin’s contributions. In response to Wyden’s letter, NRA general counsel John Frazer denied the NRA had accepted donations from foreign entities during US elections. The NRA spent a striking $30 million to support Trump’s 2016 campaign.

Alexander Torshin and his protégé Maria Butina also share an extraordinary status with America’s largest gun lobbying group, according to Torshin: “Today in NRA (USA) I know only 2 people from the Russian Federation with the status of ‘Life Member’: Maria Butina and I,” he tweeted the day after Donald Trump was elected president.

Of particular interest are their overtures to Trump. Butina asked him straight-up at a campaign event about the future of “damaging” sanctions against Russia. Torshin twice tried to meet with Trump, according to the New York Times, and did meet with Donald Trump Jr. at an NRA event. Meanwhile, the House Intelligence Committee has heard sworn testimony about possible Kremlin “infiltration” of the NRA and other conservative groups. And the FBI reportedly is investigating whether Torshin illegally funneled money to the Trump campaign through the NRA—which backed Trump with a record $30 million.

Torshin, a former Russian senator and longtime ally of Vladimir Putin, has been accused of having ties to the Russian mob (an allegation he has vehemently denied). Butina, a graduate student since fall 2016 at American University in Washington, DC—who founded a Russian gun rights group and worked as Torshin’s assistant—has reportedly bragged about her connections to the Trump campaign.