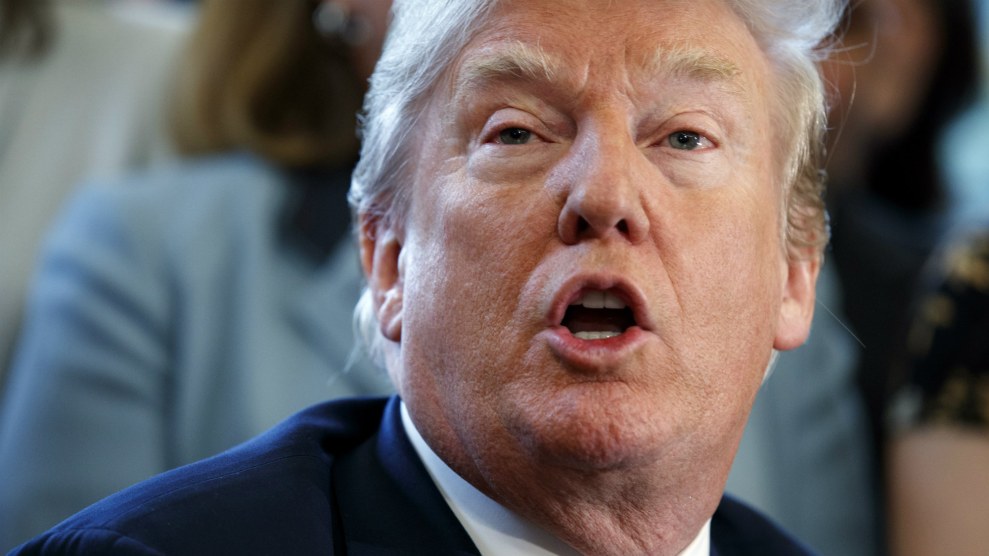 On Wednesday night, Donald Trump used his Twitter account to promote an episode of Sean Hannity’s Fox News show in which guests urged the president to fire special counsel Robert Mueller. But by Thursday afternoon, Trump was tweeting a very different tune—as he signaled, at least for the time being, that he was willing to continue listening to his lawyers’ advice that he cooperate with the investigation.

I have agreed with the historically cooperative, disciplined approach that we have engaged in with Robert Mueller (Unlike the Clintons!). I have full confidence in Ty Cobb, my Special Counsel, and have been fully advised throughout each phase of this process.

On one level, Trump’s latest comments signal a de-escalation of his rhetoric about Mueller—earlier this week, after learning that the FBI had raided the office, hotel, and home of his personal lawyer Michael D. Cohen, Trump was reportedly furious with Mueller. But Trump’s tweet also appears to be a pointed rebuke of his former adviser Stephen Bannon. Since Mueller’s appointment, Trump’s lawyers have advised him to cooperate with the probe and attempt to get it over with as soon as possible; Trump attorney Ty Cobb has been one of the most vocal proponents of this strategy. On Wednesday, Bannon publicly floated his own legal advice—Bannon is not a lawyer—that Trump should stop cooperating with Mueller.

“The president wasn’t fully briefed by his lawyers on the implications” of not invoking executive privilege, Bannon told The Washington Post in an interview Wednesday. “It was a strategic mistake to turn over everything without due process, and executive privilege should be exerted immediately and retroactively.”

In that interview interview with the Post, Bannon specifically called for Cobb’s ouster.

“Ty Cobb should be fired immediately,” Bannon told the paper.

For now, Trump seems more willing to take his chances with Cobb than reconcile with Bannon.