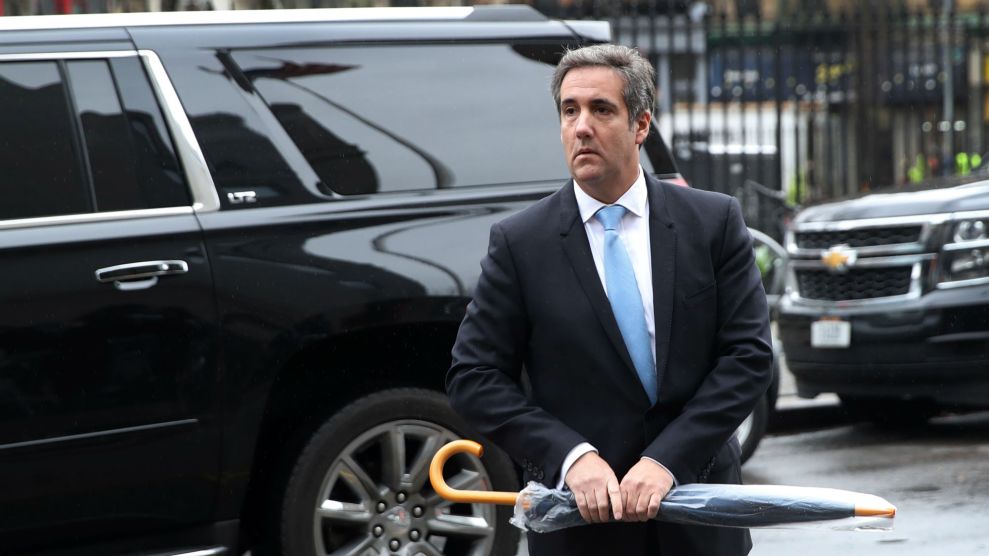 President Donald Trump’s personal lawyer, Michael Cohen, has dropped his defamation lawsuits against Buzzfeed and the intelligence firm Fusion GPS. The move will allow him to avoid turning over information to the companies’ lawyers in legal proceedings.

Cohen, who is the subject of a Justice Department criminal probe, arranged a $130,000 hush money payment to the adult film actress Stormy Daniels, who alleges an affair with Donald Trump. Last week federal agents raided his New York office, seizing emails and other records related to the payment and other Cohen business dealings.

“The decision to voluntarily discontinue these cases was a difficult one,” Cohen attorney David Schwartz told Politico on Thursday. “But given the events that have unfolded, and the time, attention, and resources needed to prosecute these matters, we have dismissed the matters, despite their merits.”

Dropping the lawsuits could present multiple benefits to Cohen.

Cohen filed the two suits early this year, after Buzzfeed published a 35-page dossier authored by former British intelligence officer Christopher Steele. Cohen has denied allegations contained in Steele’s report, in particular the claim that Cohen travelled to Prague during the 2016 election to collude with Russian officials on Trump’s behalf. In his original lawsuit, he assailed claims about a Prague trip as false and harmful to his reputation as a lawyer.

Last week, a McClatchy report cited two sources who claimed special counsel Robert Mueller has unearthed evidence showing Cohen “secretly made a late-summer trip to Prague during the 2016 presidential campaign.” Cohen again denied he had ever been to Prague, as did his lawyer.

Dropping the lawsuits could present multiple benefits to Cohen. He avoids having to turn over documents or answer questions as part of these civil cases, and the risk that information would be publicly disclosed. Such information could also be used against him in the federal criminal probe.

It may also strengthen an argument Cohen and his lawyers made as they petitioned a Los Angeles court last week to halt a lawsuit brought by Stormy Daniels to invalidate the 2016 non-disclosure agreement covering her alleged affair with Trump. Cohen argued his testimony in that case could affect his Fifth Amendment right against self-incrimination in the related ongoing federal investigation. That argument would have been much harder to sustain while leaving himself open to questioning in the civil lawsuits he initiated against Buzzfeed and Fusion GPS.