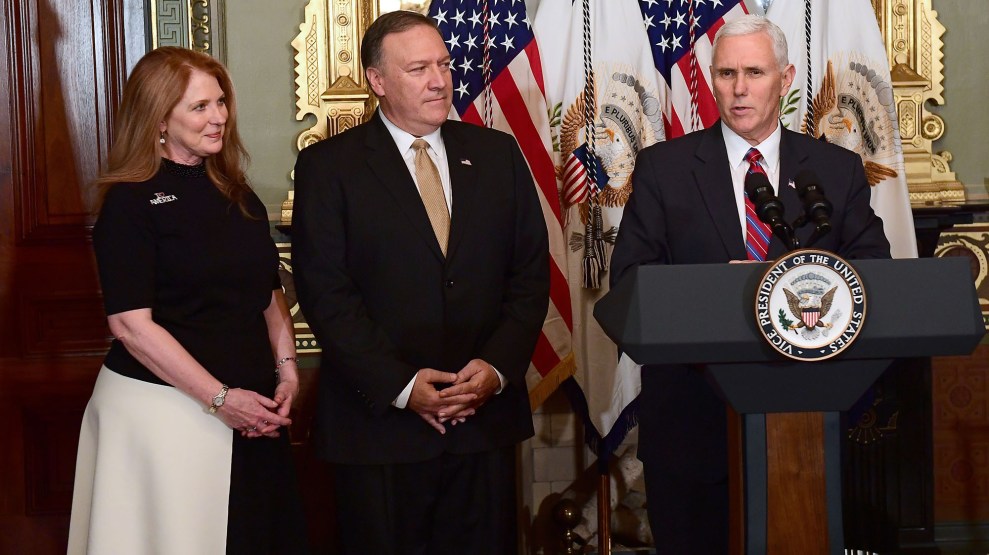 CIA Director Mike Pompeo said Thursday during Senate hearings on his nomination to become the next Secretary of State that he stands by his earlier opposition to same sex marriage. He declined to directly answer questions about whether he thought gay sex was a “perversion.”

Pompeo’s remarks before the Senate’s Foreign Relations Committee came under questioning from Sen. Cory Booker (D-N.J.). Pompeo is an evangelical Christian who has been accused of trying to weaken CIA’s diversity efforts undertaken by former Director John Brennan. During his time as a congressman from Kansas, Pompeo spoke against allowing gay service members in the military, once telling the Values Voters Summit that “we cannot use military to promote social ideas that do not reflect the values of your nation.”

After questioning Pompeo about his past anti-Muslim statements, Booker pressed Pompeo on his record on gay rights. “When I was a politician I had a very clear view on whether it was appropriate for two same-sex persons to marry. I stand by that,” Pompeo said. Booker pressed him further, citing the nominee’s past anti-gay rhetoric:

Booker: “Do you believe that gay sex is a perversion? Yes or no.”

Pompeo: “Senator, I’m going to give you the same answer I just gave you previously. My respect for every individual, regardless of sexual orientation, is the same.”

Booker told Pompeo that his views were concerning because “you’re going to be Secretary of State of the United States at a time that we have an increasing hate speech and hate actions… You’re going to be representing this country and their values abroad in nations where gay individuals are under untold persecution, untold violence. Your views do matter.”

Watch the exchange below:

Pressed by Sen. Cory Booker on whether he still believes gay sex is a “perversion,” Mike Pompeo says, “My respect for every individual, regardless of their sexual orientation, is the same.” https://t.co/RsTT3hg8n9 pic.twitter.com/wK3ieOAput