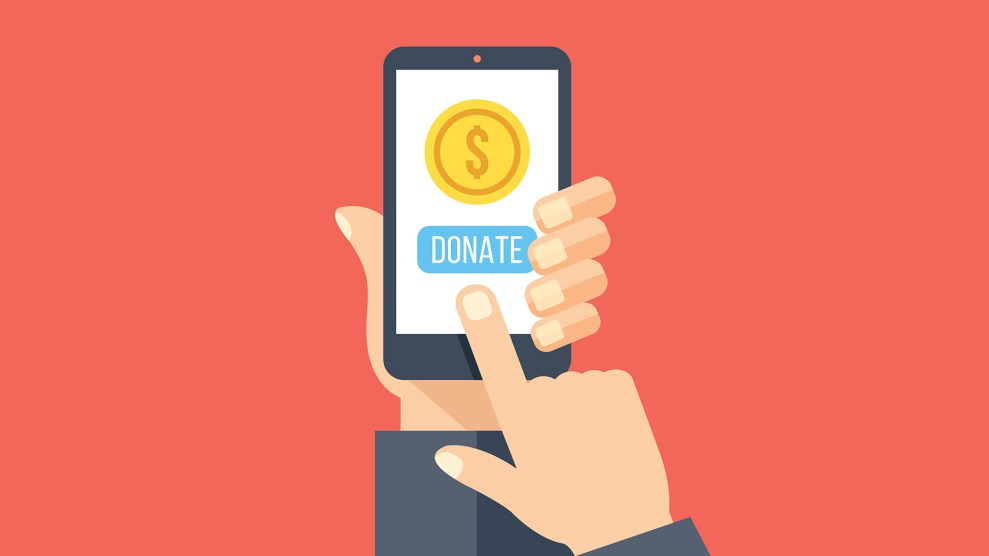 Federal agents arrested two Arizona brothers on Thursday and charged them with operating deceptive political action committees that raised more than $50 million over the last decade. The suspects allegedly preyed mostly on small donors, pledging to use the money for such purposes as protecting conservative values, supporting law enforcement, and advocating for people with autism—even though, officials say, the PACs rarely spent much money in support of these causes.

“The so-called political action committees served as nothing more than a front for an extensive personal fundraising campaign,” according to one FBI official.

Dozens of PACs have sprung up in recent years with tactics similar to those alleged Thursday by the Justice Department. Such PACs often use email marketing and mass-mailings to target small-dollar donors—frequently elderly ones—with fundraising pleas that appeal to issues the donors feel strongly about. These PACs often do very little to support actual candidates or causes. Instead, they tend to spend large amounts of money on payments to the PAC’s operators and on additional fundraising efforts.

One of the groups the brothers ran was Grassroots Awareness PAC, which has raised about $1.3 million in the last three years, at least in part by using websites such as autismcampaign.org. The site, which is still operating, features vague claims stating that the organization is “working to…boost public awareness awareness of autism spectrum disorder, mobilize voters to advocate for Congressional action to increase federal funding for autism research and services for children with autism, support candidates for federal office, recruit new members and raise much needed financial support for our life changing efforts.” The website asks users to provide personal contact information and includes a link to other websites where people can look up their members of Congress. According to OpenSecrets.org, of the $1.2 million the PAC has spent in the last year-and-a-half, just $38,000 of it has gone to political candidates.

According to the criminal complaint filed in federal court on Thursday, that was a fairly typical ratio for the PACs controlled by the brothers. All told, the nine PACs allegedly raised $23 million in the last three years but gave just $109,000 to political candidates. Some of the remaining money went to covering overhead, but in the last three years alone, federal investigators say the men personally pocketed at least $3.5 million. The bulk of the money went to telemarketing firms, who the Tierneys allegedly coached to bill the PACs using shell companies to hide where the money was really going.

The other PACs run by the brothers that allegedly engaged in fraudulent behavior were Americans for Law Enforcement PAC, National Campaign PAC, Voter Education PAC, Action Coalition PAC, and Protect Our Future PAC. According to the complaint, the Tierneys also had links to three other PACs: Life and Liberty PAC, Republican Majority PAC, and RightMarch.com PAC.

“The defendants, as alleged, capitalized on the sympathy and activism of those who sought to support awareness of various causes near and dear to their hearts,” said FBI assistant director William Sweeney in a DOJ press release announcing the charges. “Instead, virtually none of the money raised was used for its intended purpose, and the so-called political action committees served as nothing more than a front for an extensive personal fundraising campaign.”