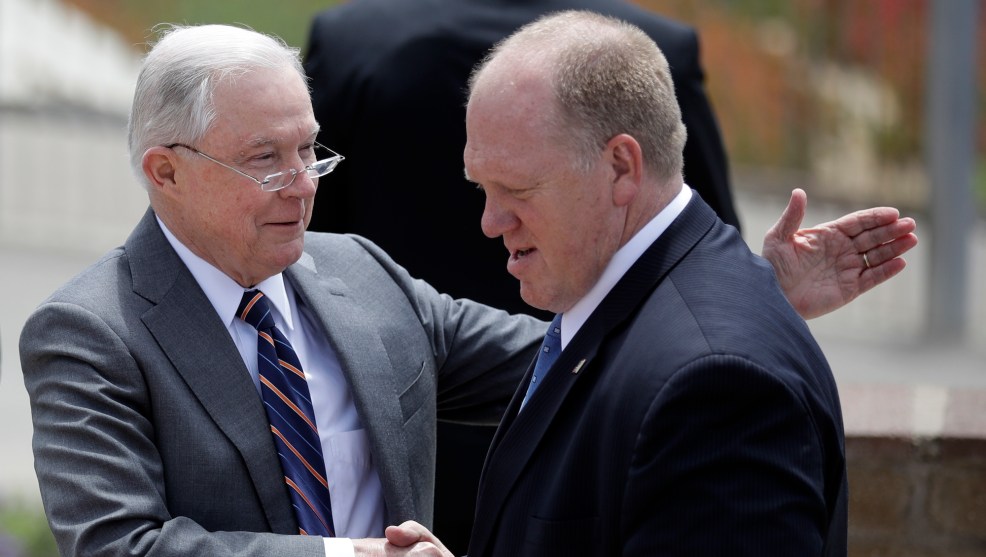 Currently, most people who cross into the country illegally are sent back across the border without facing criminal charges. This change would cause many more immigrants to be tried in court and imprisoned for up to six months—or longer in the case of repeat offenders—an expensive scheme aimed at deterring future unlawful immigrants.

The policy is also likely to cause parents to be separated from their children, rather than landing in family detention or released, as is often currently the case. “If you are smuggling a child, then we will prosecute you and that child will be separated from you as required by law,” Sessions told law enforcement officials on Monday, according to his prepared remarks. “If you don’t like that, then don’t smuggle children over our border.” People who claim asylum at official border crossing will not be affected by the policy.

Last month, the country’s top immigration officials urged Homeland Security Secretary Kirstjen Nielsen to prosecute all parents who cross the Mexico border illegally. The officials, including acting Immigration and Customs Enforcement director Thomas Homan, argued that referring everyone who crosses the border illegally for prosecution would be the “most effective” way to deter unauthorized immigration, according to a memo obtained the Washington Post.

Customs and Border Protection apprehended or deemed “inadmissible” about 50,000 people crossing the border from Mexico last month, up from about 15,000 in April 2016. Sessions highlighted the increase and said the United States is now dealing with a “massive influx of illegal aliens.” His remarks ignore the fact that border apprehensions, which are used to gauge the overall level of unauthorized immigration, were at the lowest level in nearly five decades last year and are now at levels similar to those during Barack Obama’s second term.