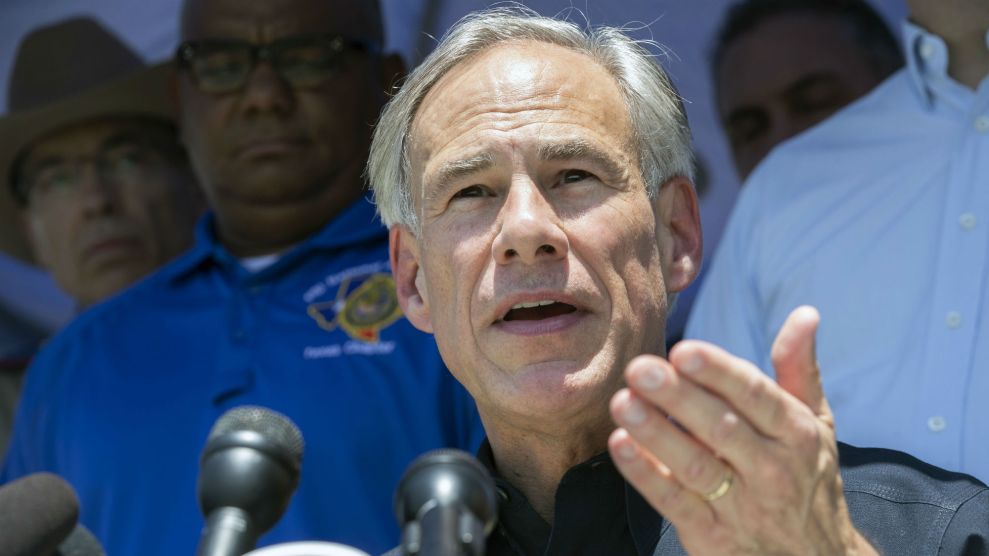 At a press briefing Friday afternoon, Texas Gov. Greg Abbott, who has traditionally been a staunch gun rights supporter, called the Santa Fe High School shooting the “worst disaster ever to strike this community” and said, this time, thoughts and prayers weren’t enough.

“We need to do more than just pray for the victims and their families,” Abbott said. “It’s time, in Texas, that we take action to step up and make sure this tragedy is never repeated ever again in the history of the state of Texas.”

Friday’s mass shooting was the eighth to take place in Texas since 1984.

Beginning next week, Abbott said he will begin “roundtable discussions” with lawmakers and citizens—those who own guns and those who do not—to draft gun legislation that could include background checks, strategies “to keep guns out of the hands of those that pose an immediate danger to others,” school security guards, and mental health programs. “The answers will come by us working together,” he said.

This is the closest Abbott has come to taking any step in the direction of gun control after a mass shooting, but whether real action will be taken is yet to be seen—Texas has some of the nation’s most relaxed gun laws, many of which were signed into law by Abbott himself, like Texas’ campus carry and open carry laws. And just earlier this month, Abbot made a much different statement: that the problem is not guns, but an absence of faith in God.

At the annual NRA conference in Dallas, Texas, Abbott addressed a crowd of NRA members: “The answer to gun violence isn’t to take guns out of the hands of people like Stephen Willeford or the people of Sutherland Springs,” referring to the man with an AR-15-style assault rifle who intervened in a shooting at First Baptist Church in Sutherland Springs, Texas, in November. “The answer is to strengthen Second Amendment rights for law-abiding citizens in the United States of America…The problem is not guns. The problem is hearts without God.”

Abbott also attributed gun violence to “homes without discipline” and “communities without values.”

And after the Sutherland Springs shooting that killed more than two dozen parishioners last year, Abbott did rely on thoughts and prayers, releasing the following statement:

“While the details of this horrific act are still under investigation, Cecilia and I want to send our sincerest thoughts and prayers to all those who have been affected by this evil act. I want to thank law enforcement for their response and ask that all Texans pray for the Sutherland Springs community during this time of mourning and loss.”

Here’s the footage from Friday: