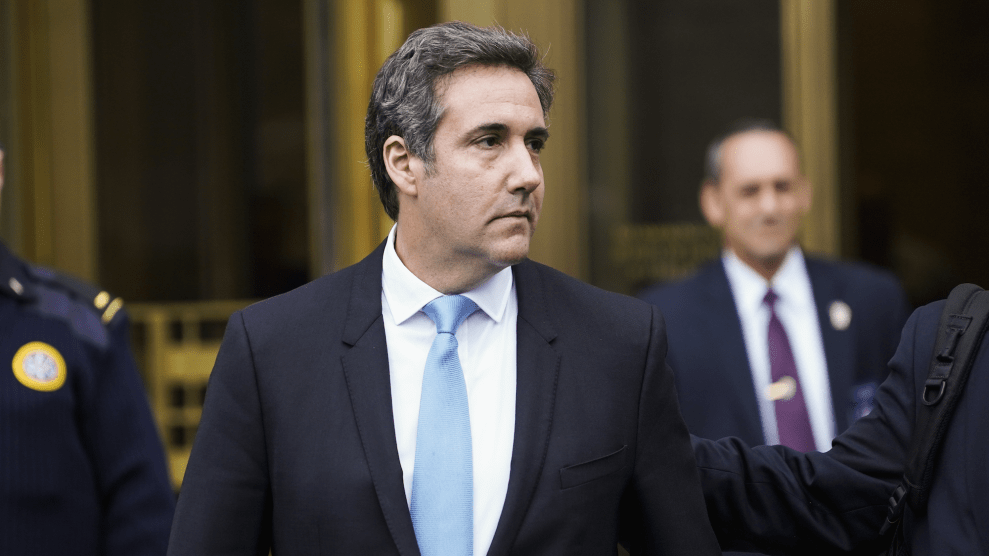 On Wednesday, the Office of Government Ethics released President Donald Trump’s 2017 financial disclosure form, which officially recognizes a previously undisclosed payment to the president’s longtime personal lawyer Michael Cohen last year. The documents indicate that the payment was for a $100,001 to $250,000 reimbursement to a “third-party” related to the 2016 election; the form did not provide any additional details to explain what the money covered.

The office indicated in the documents that it believed the president should have publicly listed the payment to Cohen in the form he filed last year—not this one. “OGE has concluded that the information related to the payment made by Mr. Cohen is required to be reported and that the information provided meets the disclosure requirement for a reportable liability,” a note read.

In addition, ethics officials wrote a letter addressed to Deputy Attorney General Rod Rosenstein noting that the payment is “required to be reported as a liability.” “I am providing both reports to you because you may find the disclosure relevant to any inquiry you may be pursuing regarding the President’s prior report that was signed on June 14, 2017,” ethics office acting director David Apol wrote.

Earlier this month, Rudy Giuliani, a lawyer for the president, admitted on live television that Trump had repaid Cohen $130,000 to keep adult film actress Stormy Daniels from publicly discussing allegations of an affair with Trump. Contradicting legal experts, Giuliani has maintained that the payment, which took place shortly before the 2016 election, did not violate campaign finance laws.

Prior to Giuliani’s explosive statements, Trump had told reporters that he was unaware of any payments to Cohen.